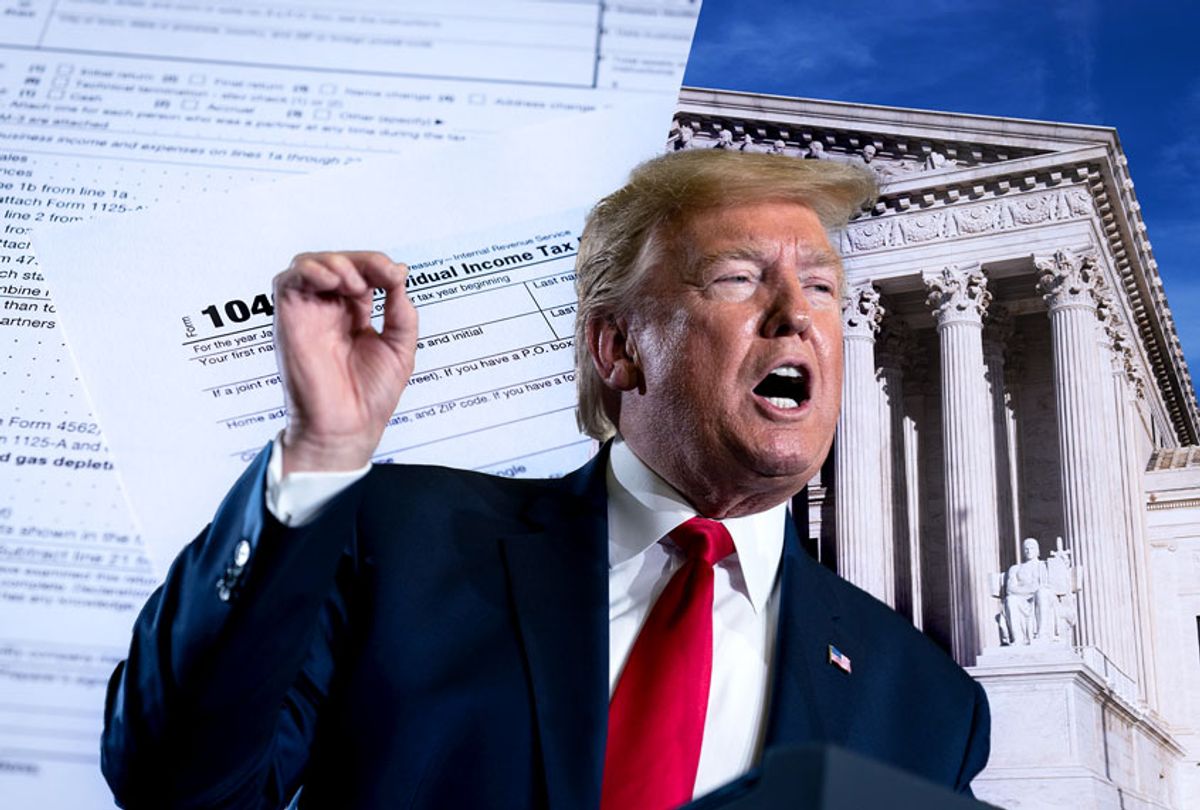 The Supreme Court will hear President Trump's challenge to subpoenas seeking his tax returns on Tuesday after lower courts rejected the argument that the president is immune from all investigations into his time as a public citizen.

Trump's attorneys are expected to argue that the president has "absolute immunity" from investigations by Congress and local prosecutors into his time before the White House while he is still in office, ABC News reports. The argument has been rejected by courts at every level thus far.

"These subpoenas are all expansive, burdensome, and unfocused fishing expeditions. They are inappropriate and should be invalidated," Trump's lawyers argued in their court brief.

The attorneys argued that the investigations would distract Trump from official duties and claimed they were politically motivated and therefore illegitimate. The Justice Department filed a brief siding with the president.

"The president cannot effectively discharge those duties if any and every prosecutor in this country may target him with criminal process," Trump's attorneys argued.

Vance, a Democrat, argued that he needs the financial information to investigate possible financial crimes by the president and the Trump Organization. Attorneys for the House committees argued that the information is necessary for their oversight responsibilities.

"The mere risk of interference with official functions does not afford a president categorical immunity against subpoenas for documents concerning private conduct," Vance said in a court filing. "Presidents throughout history have been subject to judicial process in appropriate circumstances."

The Supreme Court unanimously ruled in 1974 that President Richard Nixon had to turn over recordings and documents in response to a subpoena from a special prosecutor, ABC News notes. The Supreme Court similarly ordered President Bill Clinton to participate in a deposition in a civil case involving Paula Jones, a former Arkansas state employee who accused him of sexual harassment.

"Under its own precedent, it is hard to see how the Supreme Court can allow Trump to block congressional or prosecutorial subpoenas to third parties, like banks and accounting firms," former federal prosecutor Harry Sandick told the outlet. "Trump literally would have to do nothing (to comply), since the subpoenas were served on banks and accounting firms, not on him personally. These subpoenas have nothing to do with the president acting as president, but instead concern the president acting as a private citizen."

Trump has repeatedly claimed "absolute immunity" in court to no avail.

Last fall, U.S. District Judge Victor Marrero said the argument was "extraordinary" and "an overreach of executive power [that was] repugnant to the nation's governmental structure and constitutional values."

"The court cannot square a vision of presidential immunity that would place the president above the law with the text of the Constitution, the historical record, the relevant case law," Marrero wrote in a 75-page decision.

"It is simply not fathomable," he said, "that a Constitution that grants Congress the power to remove a President for reasons including criminal behavior would deny Congress the power to investigate him for unlawful conduct — past or present — even without formally opening an impeachment inquiry."

Though Trump has frequently lost in the lower courts, he has had much better luck in the conservative-majority Supreme Court.

"These are critical cases that are going to decide whether or not a president, in office, has presidential immunity for the duration of the time that he is sitting in office," Claire Finkelstein, the director of the Center for Ethics and the Rule of Law at the University of Pennsylvania Law School, told ABC News. "It would literally put the president above the law if the Supreme Court sides with the president's lawyers in this case."

The arguments will be livestreamed after the Supreme Court allowed live broadcasting of the arguments, which will take place by teleconference, for the first time.

"I can only imagine the president's lawyers are going to make every effort to steal his telephone," veteran attorney Tom Goldstein, who specializes in Supreme Court litigation, told the outlet. "The president is a very busy guy, obviously, but the oral argument is going to be extremely tempting."