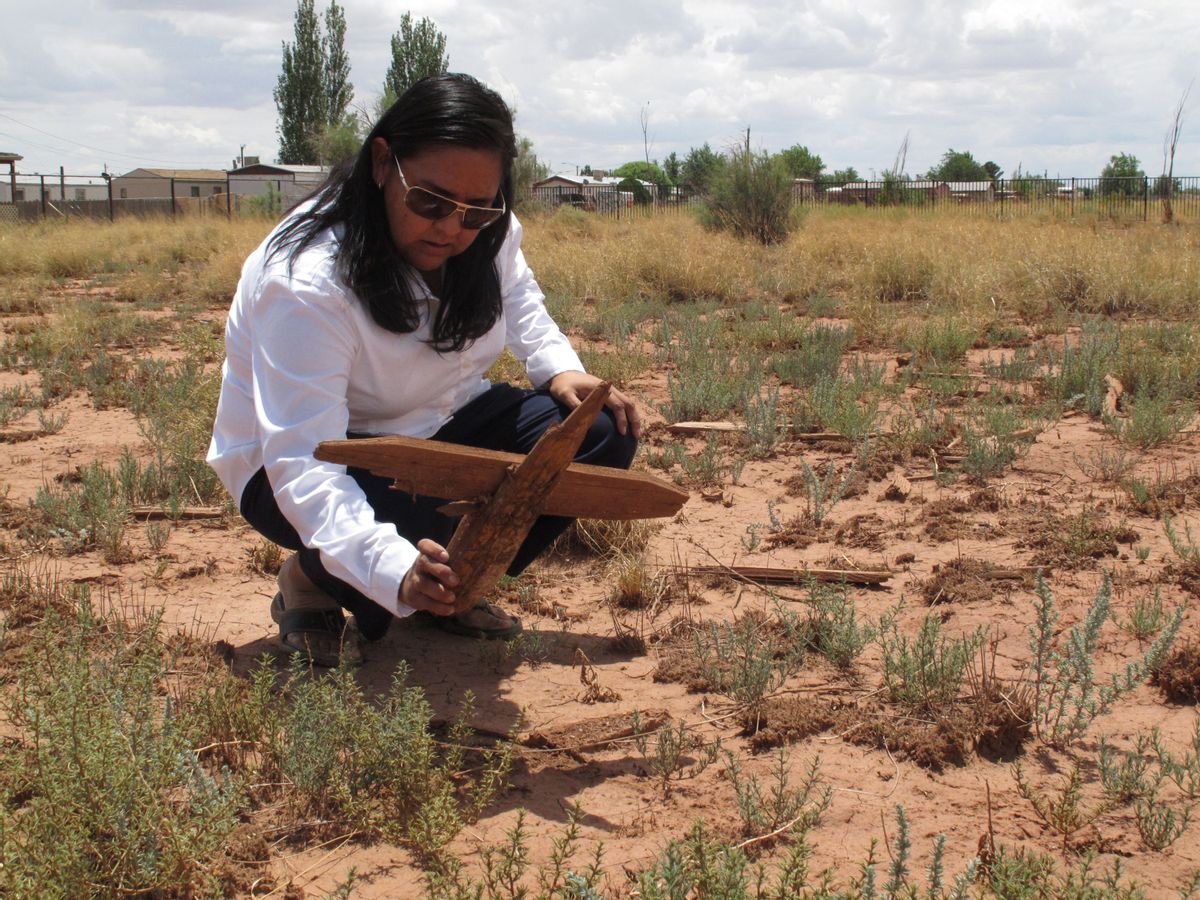 This July 9, 2014 photo shows Navajo archaeologist Kim Mangum picking up a wooden cross at a cemetery in Winslow, Arizona. Local historic preservation Commissioner Gail Sadler has made it her mission to unearth the identities of roughly 600 people buried there and help their descendants reconnect with a lost part of their history. (AP Photo/Felicia Fonseca) (AP)
--

On Monday, CBS News reported that Doctors Without Borders has dispatched a team to the Navajo Nation, as Native American communities see an explosion of COVID-19 cases.

"Doctors Without Borders is best known for sending medical professionals into international conflict zones in the midst of medical crises," reported Christina Capatides. "The organization has teams in Afghanistan, Iran, Sierra Leone, Venezuela and 66 other countries. It did not, however, have a medical presence in the United States – until now."

"Jean Stowell, head of the organization's U.S. COVID-19 Response Team, told CBS News that Doctors Without Borders has dispatched a team of nine to the hard-hit Navajo Nation in the southwest United States because of the crisis unfolding there," continued the report. "The team consists of two physicians, three nurse/midwives, a water sanitation specialist, two logisticians and a health promoter who specializes in community health education."

A number of Native American communities are gravely threatened by COVID-19, due in part to limited access to medical resources. In recent weeks, as a safety precaution, the Cheyenne River Sioux and Oglala Lakota Sioux have set up road checkpoints — which Gov. Kristi Noem (R-SD) is now demanding they remove.