Is Donald Trump a tyrant? Yes and no — Aristotle and Euripides would disagree 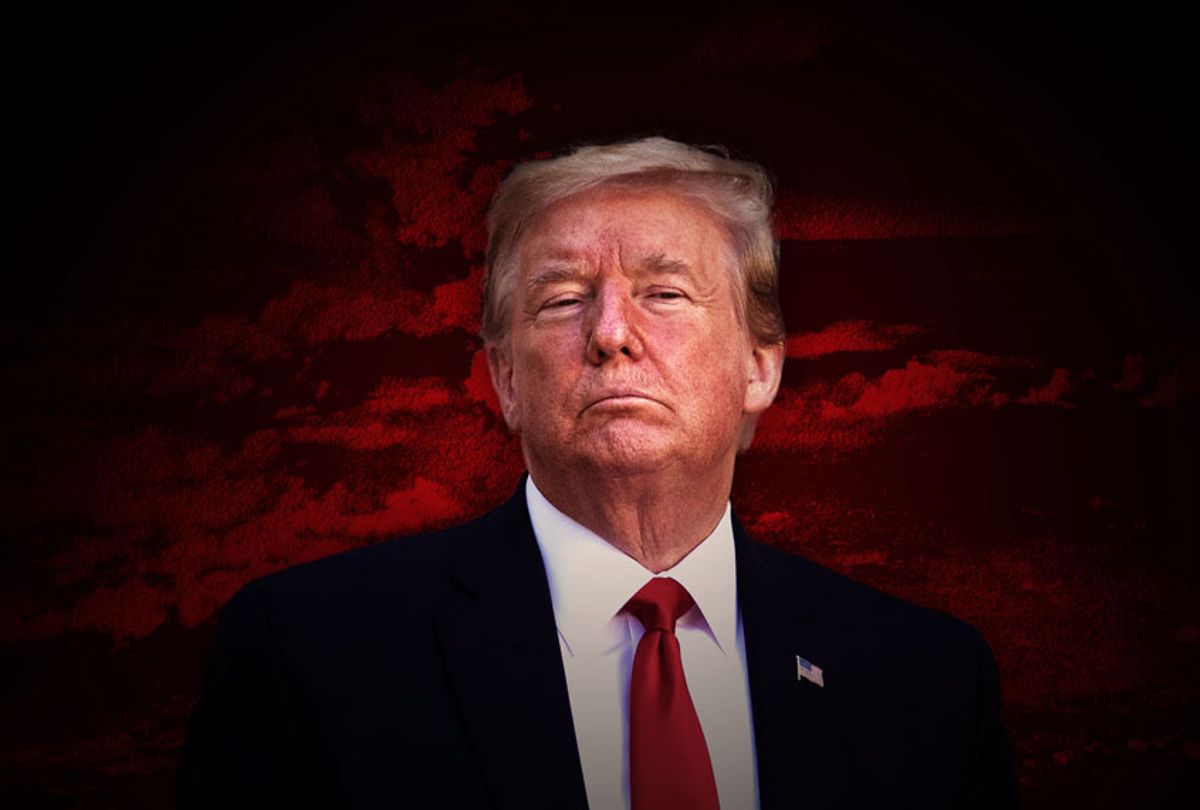 "When somebody's the president of the United States, the authority is total" was Donald Trump's edict on April 13.

"Donald Trump acts like he's a king," said the ad Republicans for the Rule of Law ran on Fox News on May 11. He has been called "president-king" by House Speaker Nancy Pelosi, and a "dictator" by Rep. Jerry Nadler. He has been crowned a king on the cover of Time magazine, and played as Shakespeare's Julius Caesar in Central Park.

Is Donald Trump a tyrant — based on historical definitions of that term?

Not according to the early definition from the Greek tragedian Euripides: "Nothing means more evil to a city than a tyrant. First of all, there will be no public laws but one man will have control by owning the law, himself for himself." The United States has "public laws." The courts have been the biggest check on Trump's policies.

Nor is Trump a tyrant to Socrates: "For government of men with their consent and in accordance with the laws of the state was kingship; while government of unwilling subjects and not controlled by laws, but imposed by the will of the ruler, was despotism [tyrannida]." Admittedly, the issue of consent is tricky. There are questions about the integrity of the 2016 election, including Russian interference and an Electoral College vote that did not reflect the popular vote. But given the electoral system in place, U.S. citizens consented to elect Donald Trump.

As the Athenian statesman Solon says in one of the oldest observations on tyranny, "The people fall through ignorance under the slavish rule of one man."

Trump is implicated, however, in Aristotle's definition: "Tyranny is a kind of monarchy which has in view the interest of the monarch only." Trump is not a monarch, but he exercises political power for his own benefit rather than public good: self-enrichment is his top priority.

Aristotle identified three kinds of tyranny. In the first, a usurper gains and keeps power by force — that is not Trump. The second is "elected monarchs who exercise a despotic power" — that's closer. Aristotle's "third kind of tyranny, which is the most typical form," does and does not apply to Trump: "This tyranny is just that arbitrary power of an individual which is responsible to no one, and governs all alike … with a view to its own advantage, not to that of its subjects, and therefore against their will."

The tyrant thinks first and foremost about himself, and what will profit him personally. That's Trump, who is also implicated in the tactics of tyranny Aristotle laid out: "(1) he sows distrust among his subjects; (2) he takes away their power; (3) he humbles them." Trump fits none of the characteristics of tyranny in ancient Greece described by political theorist Roger Boesche, except the last: "rule by one person, rule over an unwilling population, arbitrary rule unrestrained by constitutional bodies, arbitrary rule unrestrained by an independent judiciary or a well-defined legal code, and rule in the interest of the tyrant and not for the general good."

That last characteristic proved central to early-modern debates about tyrannicide. In 1556, John Ponet's "A Short Treatise of Politic Power" Christianized Aristotle, presenting "the reasons, arguments, and law that serve for the deposing and displacing of an evil governor," including Biblical examples, determining that "it is lawful to kill a tyranny."

John Milton agreed in "The Tenure of Kings and Magistrates" (1649) when defending the execution of Charles I: "A Tyrant whether by wrong or by right coming to the crown, is he who regarding neither law nor the common good, reigns only for himself and his faction."

Trump only cares about Trump.

The royalist Thomas Hobbes scoffed, "They that are discontented under Monarchy, call it Tyranny." But John Locke pressed on in his "Second Treatise on Government" (1690):

Tyranny is the exercise of power beyond right … not for the good of those who are under it, but for his own private, separate advantage. When the governor, however entitled, makes not the law, but his will, the rule, and his commands, and actions are not directed to the preservation of the properties of his people, but the satisfaction of his own ambition, revenge, covetousness, or any other irregular passion.

Tyranny continues to be a useful concept in the age of democracy, as in James Madison's definition: "The accumulation of all powers, legislative, executive, and judiciary, in the same hands, whether of one, a few, or many, and whether hereditary, self-appointed or elective, may justly be pronounced the very definition of tyranny."

Ultimately, Trump both is and is not a tyrant. He is to Aristotle, Milton and Locke, is not to Euripides, Hobbes and Madison. He is a tyrant in personality but not in policy. Legally, Trump isn't a tyrant, but morally he is. He and his lawyers hew closely to the laws he cannot break — or that will not be enforced — while bucking the norms of presidential behavior. Or, put differently, Trump is not a tyrant, but he acts like one.

Jeffrey R. Wilson is a faculty member in the Writing Program at Harvard University, where he teaches the "Why Shakespeare?" section of the university’s first-year writing course. His book, "Shakespeare and Trump," is available from Temple University Press. On Twitter: @DrJeffreyWilson.