Graham vows to fill any Supreme Court vacancy prior to election: "Garland was a different situation"

The vow marks a 180 for Graham, who said two years ago that he wouldn't take up a nominee during the election year 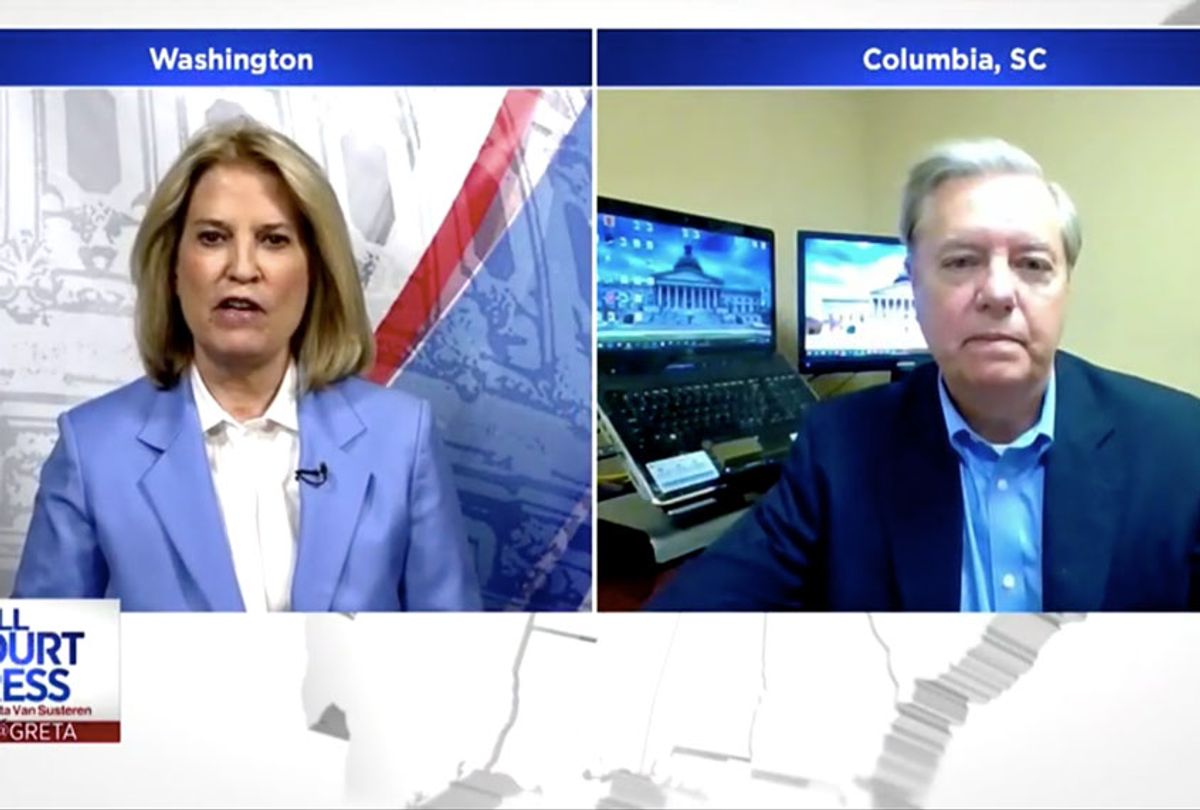 Senate Judiciary Committee Chairman Lindsey Graham, R-S.C, said the Senate would proceed with confirmation hearings for a Supreme Court nominee if a vacancy opens this year.

The senator in doing so claimed that current circumstances differed from 2016, when Republicans denied a hearing for Merrick Garland, who former President Barack Obama's nominated to replace conservative Justice Antonin Scalia after his death.

"Well, Merrick Garland was a different situation. You had the president of one party nominating, and you had the Senate in the hands of the other party. A situation where you've got them both would be different," Graham told "Full Court Press" host Greta Van Susteren on Sunday. "I don't want to speculate, but I think appointing judges is a high priority for me in 2020."

Graham, who chairs the committee that conduct hearings for Supreme Court nominees, further specified that "if you look into the history of the country, there had not been an occasion where somebody was confirmed in a presidential election year after primary started when you had divided government."

Trump assumed the White House with 103 judicial vacancies. As of April 1, 2020, the Senate has confirmed all 193 of his nominees — the second-most in history at this point in a first term.

As Salon's Sophia Tesfaye wrote last year, McConnell "has remade the federal judiciary to his own design, with the help of a corrupt and ignorant president. That will seal his legacy as the Senate's master manipulator."

McConnell has argued that his moved have simply been the next logical step in an escalating partisan war to control judgeships. Former Senate Majority leader Harry Reid, D-Nev., invoked the so-called "nuclear option" in 2013, tossing out the 60-vote filibuster threshold for most judicial nominees. McConnell responded by blocking Garland, and Republicans axed the filibuster for Supreme Court picks the following year.

However, Graham said as recently as two years ago that the Senate would not take up any nominations in 2020.

"If an opening comes in the last year of President Trump's term and the primary process is started, we'll wait for the next election," he said at the time.

It is unclear why Graham pulled the 180. Republicans have on more than once occasion attempted to blame former Vice President Joe Biden for Garland's fate, and Graham name-checked the presumptive Democratic nominee on Sunday.

"Joe Biden urged President Bush 41 not to appoint somebody in the election year," Graham said. "So we call that the Biden Rule, but this would be a different circumstance."

Graham, for his part, faces a suddenly more foreboding political landscape. The senator, who has represented South Carolina in Congress for 25 years, has until recently held a comfortable lead over Democratic rival Jamie Harrison. Then Harrison outraised Graham by about $2 million in the first quarter of 2020.

McConnell, however — who years ago anointed himself the "Grim Reaper" — has never expressed compunction. This February, the Republican leader told Fox News anchor Bret Baier: "I'm not aware of any vacancy, but if you're asking me a hypothetical about whether this Republican Senate would confirm a member of the Supreme Court to a vacancy created this year — yeah, we would fill it."

Those words echoed his same sentiment on "Fox & Friends" one year prior.

"What can't be undone is a lifetime appointment to a young man or woman who believes in the quaint notion that the job of the judge is to follow the law," McConnell said. "That's the most important thing we've done in the country, which cannot be undone."

McConnell reaffirmed to conservative radio host Hugh Hewitt last month that he was unwilling to let a global coronavirus pandemic get in the way of his top priority: reshaping the federal judiciary.

"As soon as we get back in session, we'll start confirming judges again. We need to have hearings, and we need to confirm judges," he said. "My motto for the year is leave no vacancy behind. That hasn't changed. The pandemic will not prevent us from achieving that goal."