The rich are making out like bandits in this pandemic

The Trump-radical Republican response has been great for corporations and the one-percenters, not so good for you 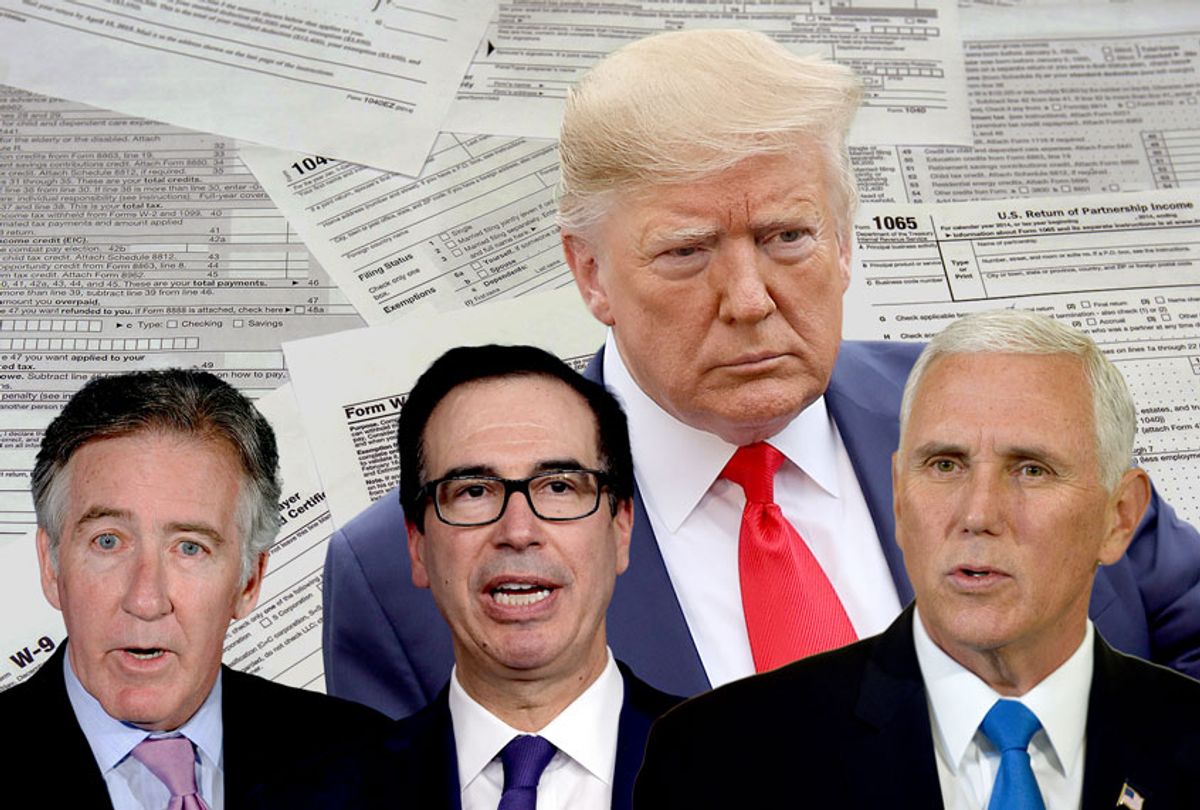 Tens of millions of Americans are cashless, many desperate to feed their children. Meanwhile the richest Americans merrily float on a rapidly rising tide of money thanks mainly to Trump & Co.

My analysis of Federal Reserve data shows a record flow of greenbacks let the corporate rich pour trillions of dollars into their accounts as they fired tens of millions.

How can it be that as want ravages cash-starved Americans, money wealth rises for the already rich like the tide rushing into the Bay of Fundy?

Part of the answer is as simple as it is awful. The Trump administration and its Radical Republican Senate allies are taking care of those who need help the least while declaring enough already for the unemployed.

One in five families didn't have enough food to feed their children in April.

At the same time, 36% of adults who lost their jobs to the COVID-19 pandemic or had their hours cut say they couldn't pay their bills in April. But the Trump administration and the Republican leaders in the Senate say no more, at least not now. Yet they are rolling out proposals to give more to the richest among us.

Donald Trump promised to champion the Forgotten Man when he ran in 2016. Apparently, he forgot about innocent victims of a long-predicted infectious disaster.

But he hasn't forgotten about the swamp creatures he brought to Washington and the ones still roaming unchecked beyond the nation's capital.

But the four pandemic relief laws totaling $3 trillion of spending and tax breaks aren't the only source of all this cash at the top. Not by a long shot. Cash began pouring into money funds in early March, just as the Trump pandemic was escalating.

Since the beginning of March, when the coronavirus started killing a rising number of Americans, idle cash parked in institutional money market funds ballooned. The figure grewfrom less than $2.3 trillion to more than $3.3 trillion.

Try to get your head around the scale of that. In just 13 weeks companies parked $1 trillion in institutional money market funds.

Note that T–one-million million dollars. To park that much cash, companies had to deposit $11 billion each and every day.

Institutional money market funds are one of the places where large corporations and other big enterprises park money they don't need right away. Parked cash doesn't help revive our economy. It just sits idle like a box in the garage gathering dust.

Cash also gets deposited at commercial banks. Since the economy began its long rebound early in the Obama administration commercial bank deposits grew at 6% annually. Under Trump that fell to 4.6% until mid-March. But since then the growth in bank deposits leaped to a 15.8% rate.

Consider another measure of cash, known as M1. That's the total of all dollar bills and coins, money held in checking accounts and traveler's checks.

By this measure the amount of cash in America grew at a 42% annual rate in the 13 weeks from Feb. 3 to May 4, Federal Reserve reports show.

As these numbers all show, the Trump pandemic makes inequality in America far worse. That's not because of any unstoppable natural force or immutable principle of economics. It's because of Trump administration policies supported by obedient Trumpers in our Congress that favor the political donor class.

The result is an abundance of cash everywhere except where it's needed most. That's a choice – to favor the rich. It's not necessary or required. And it can be changed, although there is no evidence Trump will ever do so.

But for the refusal of Speaker Nancy Pelosi and House Democrats to go along with Trump & Co., the cash flow to the top would have been even greater. Pelosi's team rewrote the coronavirus relief bills to ensure the involuntarily jobless got more, but hardly enough.

The numbers I analyzed reveal that during the pandemic the Trump administration is taking good care of the corporate rich while tossing crumbs to the people least able to withstand the economic shock of losing their paycheck and their health insurance.

And these jobless Americans now must cope with the sharpest spike in food prices since 1974, as even Fox News, aka Trump TV, reported last week.

That triple whammy of no paycheck, no health insurance and higher food prices is the reason you see miles-long lines of cars lined up at food banks. Many of those cars are shiny and new, leased or bought with loans that must be paid monthly or the vehicles will get repossessed.

For those whose pockets have been emptied by the pandemic, getting car loans is much harder than last year. At the end of 2019 not a single bank in America was tightening its requirements for auto loans, Fed data shows. Now 16% are.

A lot of the cash sitting idle came from two activities beyond the four relief laws.

One was selling stocks. In eight of the last 10 years investors took out more money out of stock funds than they invested.

All told, a net $444 billion was pulled out of the U.S. equity funds and ETFs over the past decade," financial journalist Mark Hurlbut noted just as the pandemic was taking hold.

When the stock market started to slide many big investors reduced their holdings of company shares, generating cash that had to be parked somewhere until its spent or reinvested.

Second, many companies loaded up on new debt this year, raising cash to ride out whatever economic storms the coronavirus causes. This is not new. Companies have been taking on debt in record amounts, now more than $10 trillion, more than double compared with the turn of the century. But some companies have taken out loans or issued corporate bonds to buy back their own stock. That puts cash in the hands of investors who sell while simultaneously executives' stock options more valuable because profits per share rise all else being equal.

But that does nothing to invest in new job-creating activities while creating new corporate tax deductions for interest paid on the debt.

All of this is encouraged by Trump, who likes to call himself "the king of debt."

More for the already rich

Trump, in his disjointed and self-pitying way, says what America needs right now is another corporate tax cut. Trump and Congressional Republicans slashed the corporate profits tax rate by 40% starting in 2018.

Huge new tax breaks were included in the Coronavirus Aid Relief and Economics Security (CARES) Act. People with incomes of more than $1 million per year, roughly one in every 500 taxpayers, will get 80% of the tax savings, as we reported last month.

The White House is also pushing for a payroll tax cut, which would benefit the highest-paid workers most and does nothing for the unemployed.

Tax cuts are the universal solvent for financial ailments in Trump World and its orbiting Republican dependencies. They are to tax cuts as the wacky father in My Big Fat Greek Wedding was to the Windex he sprayed everywhere as an all-purpose solutions to both cleaning glass and treating physical ailments.

A pause instead of relief

Trump and his allies say the unemployed and small business owners whose doors have been ordered shut to block the Grump Reaper don't need more help, at least not now.

"We need to hit pause for a while, see what has worked, what hasn't worked and let's see how much money—additional money—we need after the economy is opened back up," Sen. John Kennedy, a Louisiana Republican, says. He is parroting the Trump White House line.

Steve Mnuchin, Trump's Treasury secretary, bobbed and weaved at a Tuesday Senate hearing when Sen. Elizabeth Warren (D-Mass.) tried to pin him down on making sure that cash sent to the corporate rich will be used properly. She wants strong contracts, their terms enforced and audits. Mnuchin complained the questions from Warren and others were unfair, but he never pledged to make sure taxpayers are treated fairly.

Trump and his allies are feeding the rich and the enterprises they control with torrents of cash because they, in turn, take care of the politicians with campaign donations, jobs for politicians and their family and friends.

What did any of those 32 million everyday Americans who lost their jobs do for the politicians except, maybe, cast a vote?

Then again, the only way to change this is by casting votes.