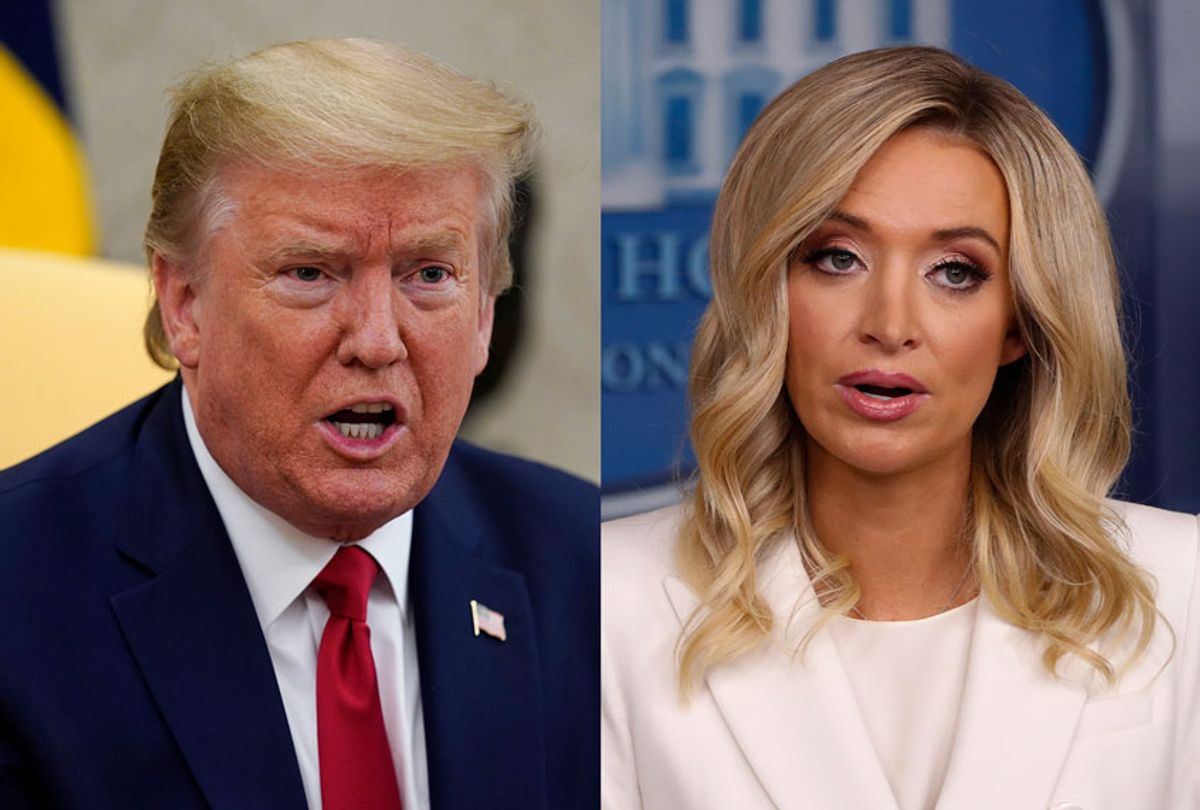 Speaking with host Chris Wallace, who also called out the new press secretary's recent foray before the press, saying "I spent six years in the White House briefing room covering Ronald Reagan. I have to say, I never, and in the years since, I never saw a White House press secretary act like that. If Kayleigh McEnany had told Sam Donaldson and me what questions we should ask, that would not have gone well," Jonah Goldberg joined in the pile-on.

Calling McEnany's behavior "indefensible and grotesque," he continued, "There's this cliche in Washington that President Trump wants a Roy Cohn as attorney general. What Donald Trump wants in a press secretary is a Twitter troll who goes on the attack, and doesn't actually care about doing the job they have, and instead wants to impress, really, an audience of one — and then make another part of official Washington another one of these essentially cable news and Twitter gladiatorial arenas"

.@JonahDispatch says @PressSec Kayleigh McEnany's behavior is "indefensible and grotesque" and that Trump wants a "Twitter troll who goes on [the] attack, doesn't actually care about doing the job they have..." in a press secretary. pic.twitter.com/2cPZgVe0c5