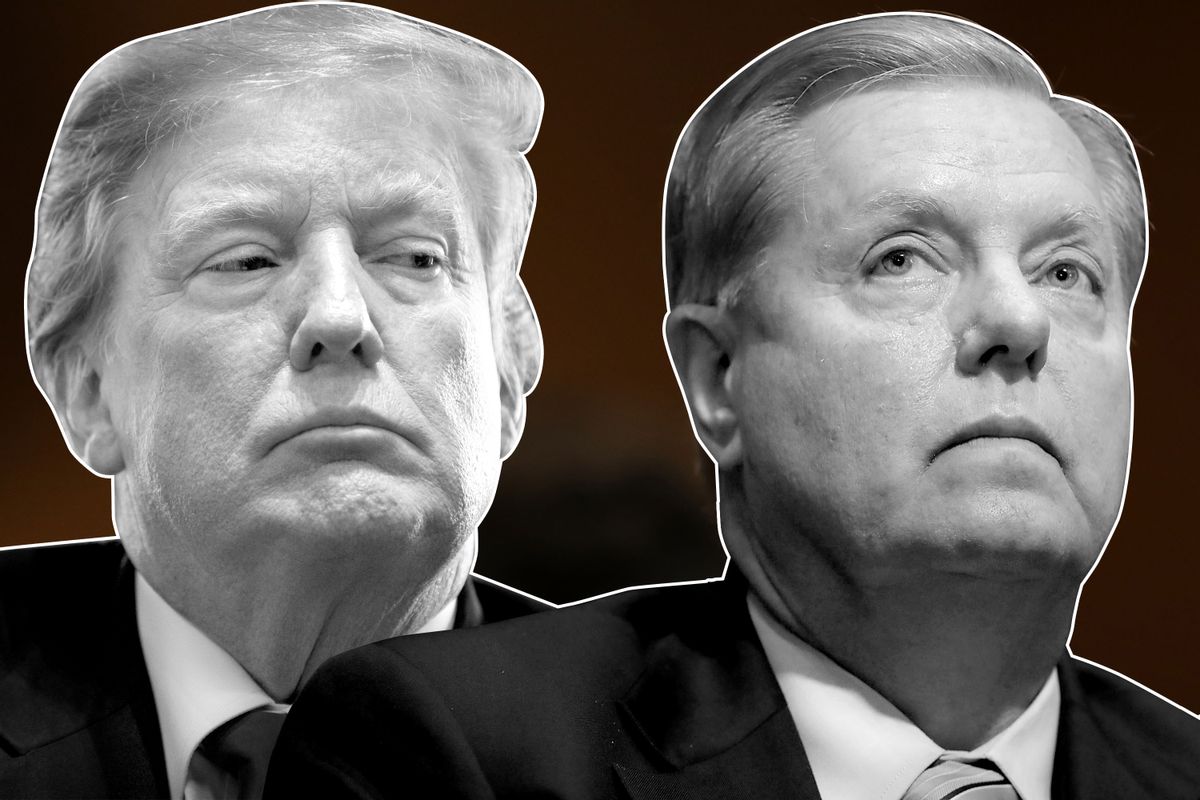 Sen. Lindsey Graham (R-SC) is getting hit with a new attack ad that throws the senator's own words back in his face.

The ad, which was produced by a super PAC called "Lindsey Must Go," shows all the times that Graham attacked President Donald Trump before abruptly changing to becoming a major supporter of the president.

The ad then cuts to Graham at a Trump rally repeatedly thanking Trump for being "a damn good president."

Other choice cuts include Graham called Trump a "jackass" who says "one dumb thing after another," before cutting to a clip in 2018 of Graham saying Trump "deserves the Nobel Peace Prize."

"Honestly, they're both terrible," the ad says of the two versions of Graham. "But the new Lindsey stands for nothing but his reelection… This November, vote him out."