"We need to be ready to respond to that forcefully," Garlin Gilchrist tells MSNBC 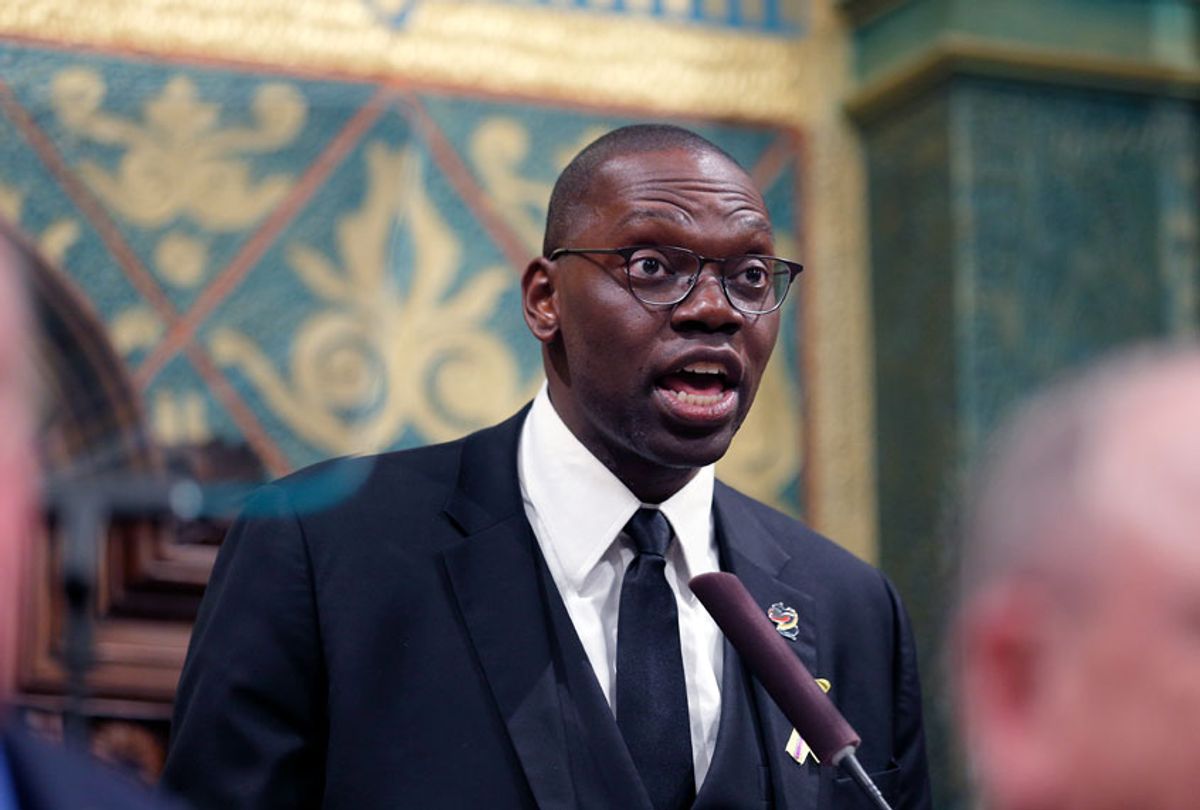 Lt. Gov. Garlin Gilchrist, D-Mich., has accused President Donald Trump of sowing doubt about November's election months before voting even begins in an attempt to question the "legitimacy of an election that he is looking to lose."

Gilchrist criticized Trump for pushing debunked conspiracy theories about voting by mail after the state sent absentee ballot applications to every registered voter amid the coronavirus pandemic.

"I think that the president wants to set us up so that there can be a conversation about the legitimacy of an election that he is looking to lose," Gilchrist told MSNBC over the weekend. "That is a really unfortunate thing. That's not how we do democracy here in the United States, and we need to be ready to respond to that forcefully."

"The truth is more people are killed by deer in a year than have ever been proven to commit voter fraud at a given time," he added Sunday.

Trump threatened to "hold up" federal funding to both Michigan and Nevada in response to the states' plans to ramp up voting by mail in the upcoming elections last week, falsely describing the plans to send out mail ballot applications as "illegal."

Trump inaccurately claimed that Michigan decided to send out ballots "illegally and without authorization by a rogue Secretary of State," even though Republican National Committee Chairwoman Ronna McDaniel welcomed the move days earlier.

He falsely claimed on Tuesday that there is "NO WAY (ZERO!) that Mail-In Ballots will be anything less than substantially fraudulent."

But there is no evidence to support the repeated claims made by Trump, who has complained that mail voting "doesn't work out well for Republicans."

An investigative analysis found just 491 cases of absentee ballot fraud between 2000 and 2012 out of "literally billions of votes," Rick Hasen, an election law expert at the University of California at Irvine, wrote in the Washington Post. That's roughly 0.0000001% of all votes cast.

"Twenty-three percent of ballots were cast by mail in 2016, and 26% of ballots were cast by mail in 2018. Five states — Hawaii, Utah, Oregon, Washington and Colorado — will run all-mail elections this year. And in 28 states and the District of Columbia, any voter has the right to request a mail ballot without excuse in November," a report from the Brennan Center for Justice said. "There is no evidence that voting by mail results in significant fraud. As with in-person voting, the threat is infinitesimally small."

Since the report was published, 11 of the 16 states which limit absentee ballots have eased their coronavirus restrictions. Numerous Republican-led states have ignored Trump's false claims and moved ahead with plans to expand mail voting this year.

"I'm dumbfounded that this is controversial," Michigan Secretary of State Jocelyn Benson said last week, "especially because there are Democratic and Republican secretaries of state doing just what we're doing here in Michigan."

Benson also warned that Trump was trying to sow doubt in the election.

"To me, it is also a reflection of what will be happening in our state in the months ahead, which is an effort to misinform and confuse voters about their rights in the state. We see it happening nationally. We've seen it happening in various different forms. We anticipate this is just going to escalate in the months ahead," she said. ". . . People have been voting by mail, including the president, for decades in this country in various states. So we've got the tools in place not just to ensure every citizen can vote by mail, but when they do so, it's secure."

Michigan Attorney General Dana Nessel said Trump's threat to pull funding was reminiscent of his attempt to withhold aid to Ukraine to pressure them to investigate presumptive Democratic nominee Joe Biden, which led to his impeachment.

"If right now he decides that for political reasons he wants to withhold money from our state, I can promise you Michiganders will remember this come November," Nessel told MSNBC. "We saw this, of course, with Ukraine. And I would say that him withholding money from Michigan is really not any different in terms of the illegality of him taking that measure. I guess the difference between the Ukrainians and Michiganders is that we actually vote in the presidential election."