Woody Allen says "professionally, I haven’t suffered" and criticizes actors for denouncing him

Allen says actors denouncing him became the "fashionable thing to do, like everybody suddenly eating kale" 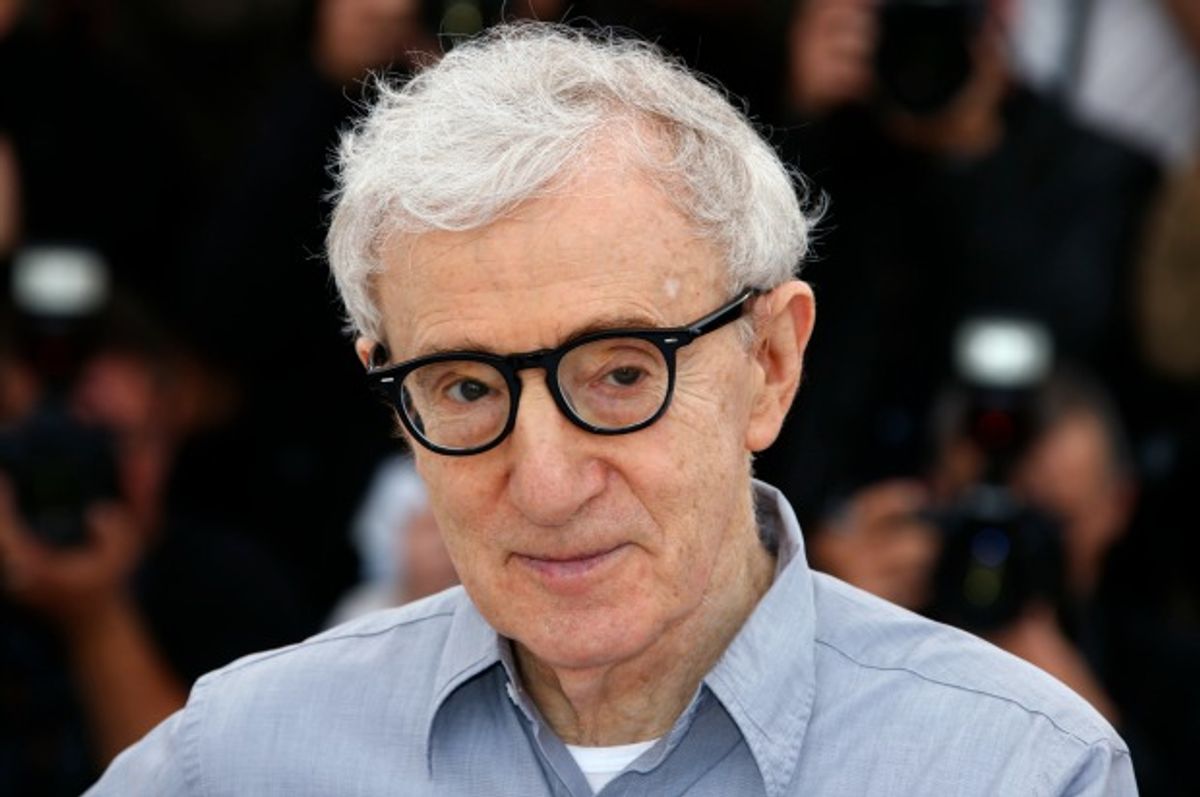 Woody Allen is speaking out in a new interview with The Guardian against the actors who have publicly denounced him over the last several years. After Dylan Farrow's child molestation allegation against Allen resurfaced in January 2018 amid the #MeToo movement, actors such as Rebecca Hall and Timothée Chalamet expressed regrets over working with the filmmaker and donated salaries from their Allen films to anti-sexual harassment organizations. Allen tells The Guardian it was "silly" for his actors to denounce him.

"The actors have no idea of the facts and they latch on to some self-serving, public, safe position," Allen said. "Who in the world is not against child molestation? That's how actors and actresses are, and [denouncing me] became the fashionable thing to do, like everybody suddenly eating kale."

Allen said he isn't angered by the allegation defining him in the media and added, "I assume that for the rest of my life a large number of people will think I was a predator. Anything I say sounds self-serving and defensive, so it's best if I just go my way and work."

Going his way and working is what Allen has been doing. Since the allegation resurfaced, the director has released the Kate Winslet-starring drama "Wonder Wheel," directed Chalamet and Elle Fanning in "A Rainy Day in New York" (still unreleased in the U.S. but a box office hit worldwide), and made a new comedy with Christoph Waltz and Gina Gershon titled "Rifkin's Festival." One plot thread in "Rainy Day" finds a middle-aged director (Liev Schreiber) lusting after Fanning's much-younger female college student, but Allen said he refuses to let what people think about him dictate his movies.

Read more from IndieWire: Woody Allen's latest would be a U.S. VOD hit: It's topped the pandemic box-office abroad

"No, I never think about that for a second," Allen said. " It's hard enough to get a good joke for the situation. That's what you concern yourself with. The rest is of absolutely no importance."

Allen said he thought "people would see [the allegation] as laughable rubbish right away" and that from day one he "never really took it seriously." The director added, "I mean, it's like being confronted with a story that I murdered six people with a machine gun." Allen said the only reason he feels anger over the situation is because he's been "deprived of seeing my children grow up."

"I haven't spoken a word to the children in over 25 years and they've been raised to think the worst of me," Allen said. "So sure, I was angry about that. But, professionally, I haven't suffered at all…That's the way it is and all I can do is keep my nose to the grindstone and hope that people will come to their senses at some point. But if not, not. There are many injustices in the world far worse than this. So you live with it."