The right way to separate eggs, according to a pastry chef 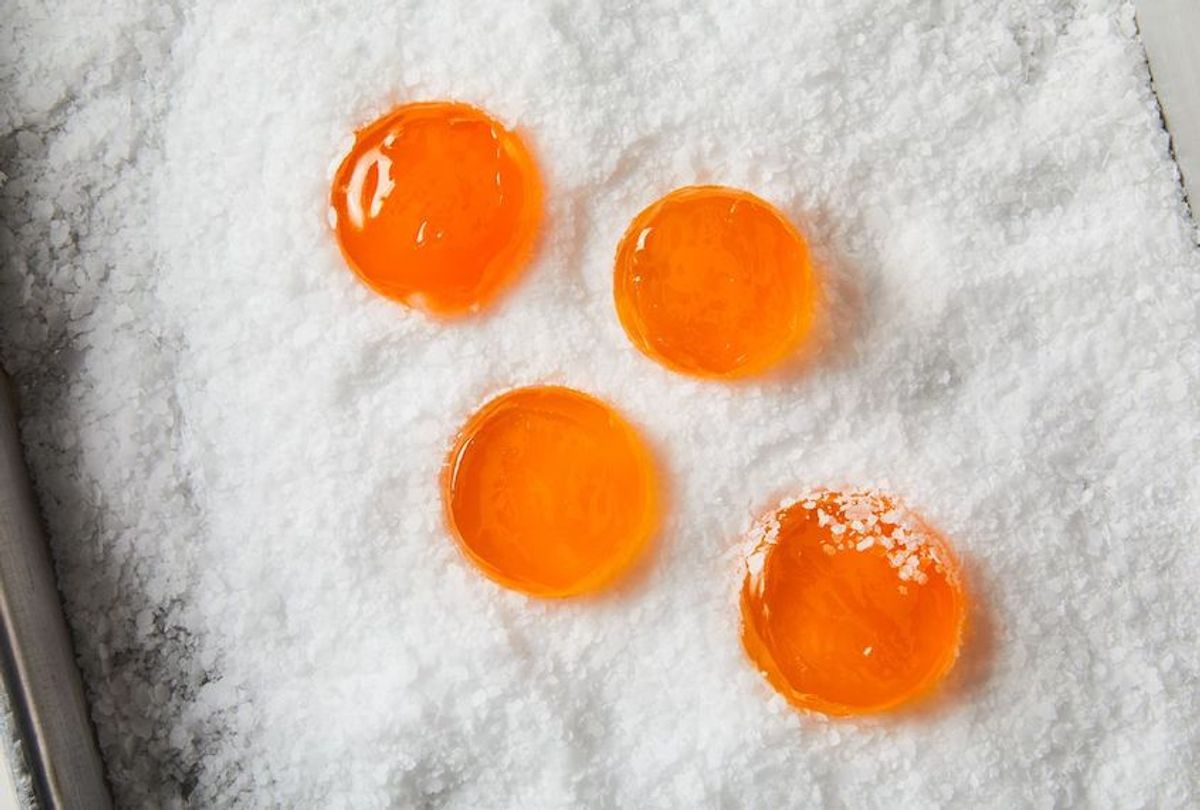 Back in 2013, Genius columnist Kristen Miglore and Food52 alum Kristy Mucci showed us two ways to separate eggs—with half an egg shell and a (clean!) hand, or with two halves of an egg shell.

My first kitchen job was at a dessert bar on the Lower East Side of Manhattan. Every move and decision I made during prep received serious side-eye and was chastised (hugely educational in hindsight). A month or so in, after neither complimenting nor grunting at my new-and-improved mango dice, the chef asked me for 240 grams of egg whites. This I could do! And so I began: gently rapping an egg on the work surface, coaxing the two halves apart, and tossing the yolk back and forth between the two shells, as the white slipped down into my (tared) bowl.

He lost it. He cracked all remaining eggs into my egg-white bowl, then, making a Vulcan-esque "V" with one hand, fished the yolks out in eight quick dips. It must have taken less than 30 seconds to separate all the eggs. By the time I mentally jotted all this down, he was asking why I hadn't labeled them yet. Yes, chef!

1. Crack all the eggs in one bowl.

Tap the eggs gently on a flat surface, not against the edge of a bowl. The edge of a bowl might make for a cleaner-looking break, but it forces the shell into the egg, which can pierce the yolk. (Also, a shell fragment might sneak its way into the bowl—no thanks.)

Partially spread the fingers of your dominant hand (not so much that your hand becomes stiff or overly splayed—just enough to let the egg white fall through), and, with your middle and ring finger, scoop the egg yolks up and out.

There was never a backup plan for an inadvertently broken egg yolk (confidence that comes from cracking the same eggs, from the same suppliers, on the same—I stress again, flat—surface for decades). Should a little yolk leak in the bowl, not all is lost; simply scoop it out with an egg shell. You may lose a little white, but the batch will, otherwise, not be compromised.