"Insanity outside the White House": After Trump stokes tensions, police and protestors clash

Protests against police violence and the killing of George Floyd continued in D.C. and across the U.S. on Saturday 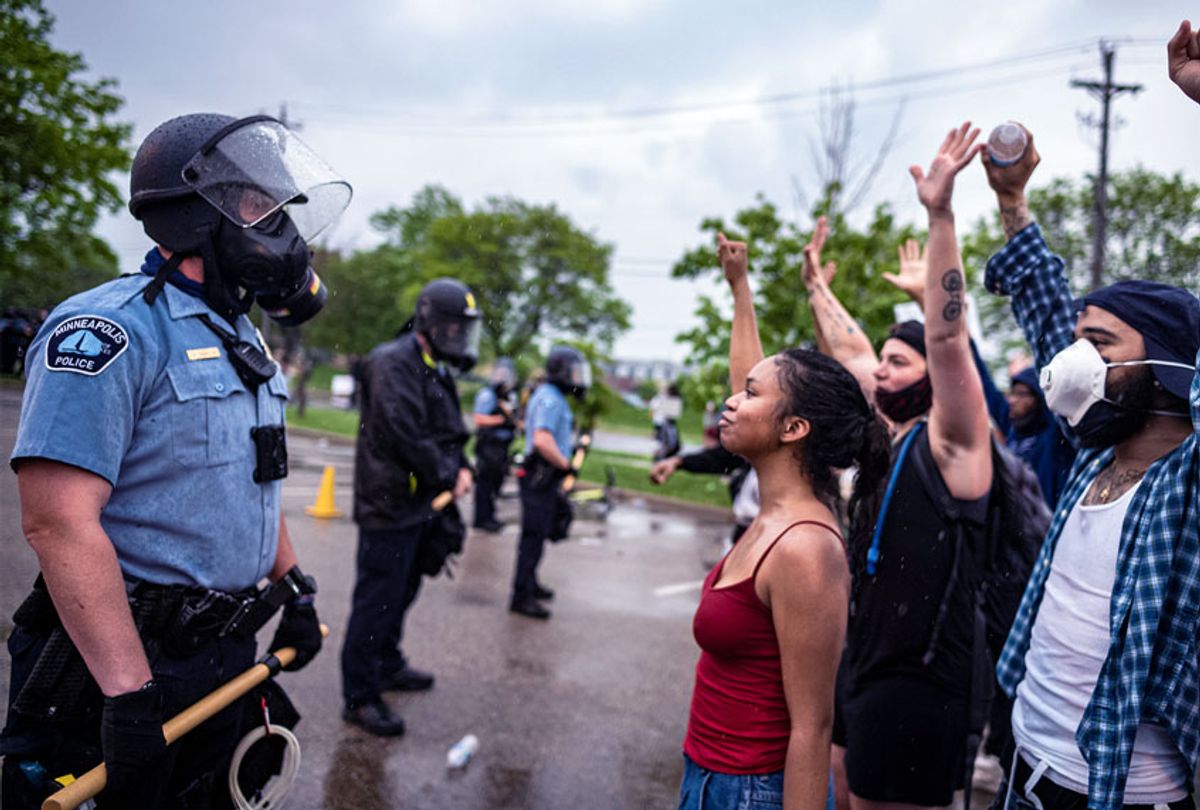 As protests against police violence and the killing of George Floyd continued in cities across the U.S. on Saturday, a massive crowd gathered outside President Donald Trump's White House as demonstrators again turned their ire and demands for justice and healing towards the nation's most powerful elected official. After tensions built, clashes erupted between law enforcement and demonstrators.

"Insanity outside the White House," tweeted Alejandro Alvarez, a digital journalist for WTOP News, along with footage from the scene just after 5:30 p.m. ET. "Three warnings of an unlawful assembly from the Secret Service before storming into the crowd.  A lot of people have been hit with paper spray. In all the chaos, at least one person was tossed to the ground and presumably arrested."

Though Trump left for Florida Saturday morning, he was accused of sowing further division overnight by tweeting an invitation for his right-wing supporters to come to the White House to counter-protest against those seeking redress for the murder of Floyd, an unarmed black man, at the hands—or rather, knee—of a white police officer in Minneapolis on Monday.

After large crowds gathered outside the White House on Friday night Trump said anyone breaching the security fence would be met by "vicious dogs" and "ominous weapons," and on Saturday morning tweeted: "Tonight, I understand, is MAGA NIGHT AT THE WHITE HOUSE???"

MSNBC correspondent Garrett Hake, reporting from the scene just after 4:00 p.m. ET on Saturday, said the situation was "peaceful, but tense" as the crowd of what he said was several hundred people broke through one outer set of barricades and faced off with a variety of law enforcement officials, including Secret Service, Capitol Police, and others.

According to NBC News:

At the White House, protesters could be seen standing on top of Secret Service vehicles and a security booth next to the Eisenhower Executive Office Building.

Some in the crowd also ripped away the bike rack barriers that separate 17th Street from the Pennsylvania Avenue Plaza. Other demonstrators were seen standing face to face with a phalanx of Secret Service on the Plaza.

"While he hides behind his fence afraid/alone," tweeted Bowser, "I stand with people peacefully exercising their First Amendment Right after the murder of #GeorgeFloyd & hundreds of years of institutional racism  There are no vicious dogs & ominous weapons. There is just a scared man."

"I call upon our city and our nation to exercise great restraint even while this President continues to try to divide us," she added. "Our power is in peace, in our voices and ultimately at the ballot box in November."