Under cover of COVID-19, Trump Interior Department to greenlight killing of bear cubs

"Killing has no place in our National Wildlife Refuges." 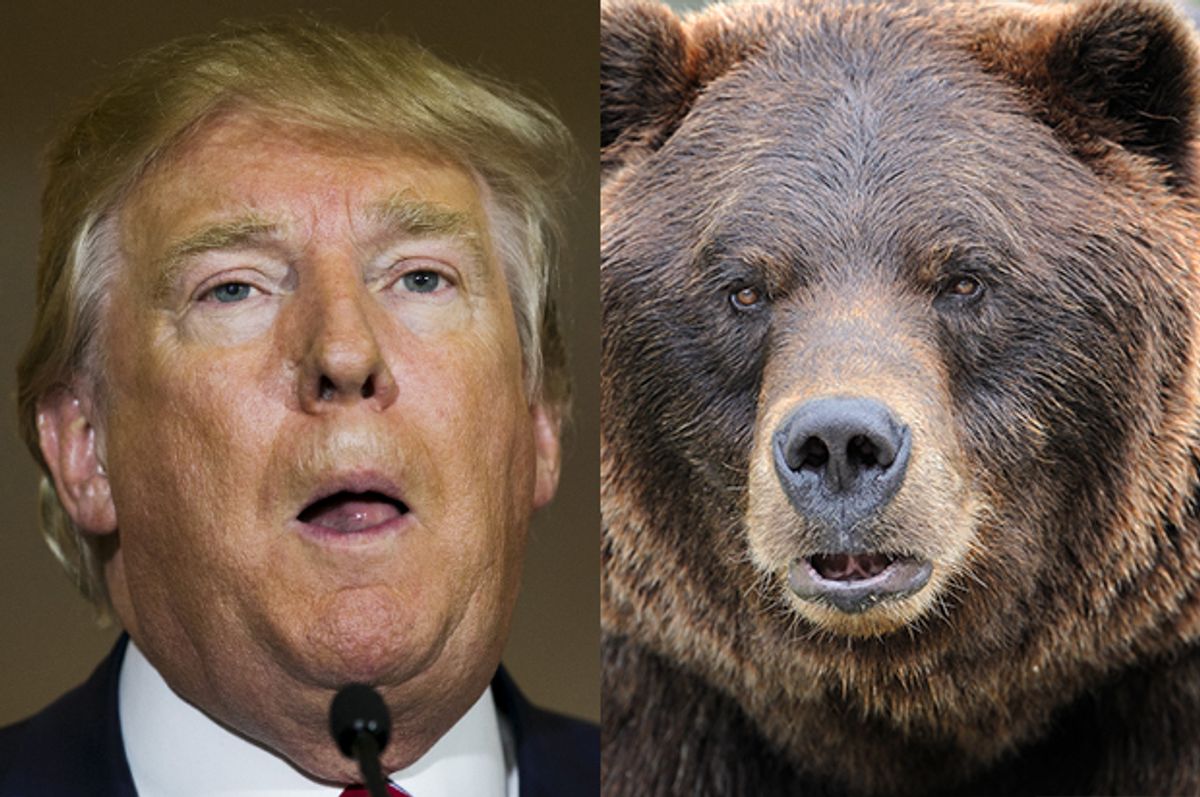 President Donald Trump's National Park Service plans to finalize rules this week that will allow hunters in Alaska to kill bear cubs and wolf pups while they are in their dens, reversing Obama-era regulations meant to prevent destabilization of the state's biodiversity.

The National Parks Conservation Association (NPCA) accused the administration of taking advantage of the coronavirus pandemic to push through a rule change against the advice of dozens of natural resource experts and lawmakers.

"Amid the global pandemic, the Trump administration is declaring open season on bears and wolves through its sport hunting rule on national parklands in Alaska," said NPCA President Theresa Pierno.

Under the new rules, hunters in Alaska will be permitted to:

"Killing has no place in our National Wildlife Refuges," tweeted the Wolf Conservation Center.

Former Interior Secretary Ryan Zinke drafted the rule before resigning in 2018 in the face of 17 federal ethics investigations, and the proposal promptly drew condemnation.

Reps. Pramila Jayapal (D-Wash.) led more than 70 of her colleagues in demanding the rule be withdrawn.

"The proposed rule would roll back critical protections for America's beloved, rare and iconic native carnivores, including brown bears, black bears and wolves on the approximately 20 million acres of national preserves in Alaska—land that belongs to all Americans," wrote the lawmakers. "The rule would effectively endorse the state of Alaska's efforts to use extreme practices to reduce bear and wolf populations in order to artificially inflate populations of prey species for sport hunting."

"Interior Secretary David Bernhardt had the opportunity to halt this rule that includes baiting park bears but chose instead to ignore commonsense and opposition by members of Congress, scientists, and tens of thousands of Americans," said Pierno. "Shooting hibernating mama and baby bears is not the conservation legacy that our national parks are meant to preserve and no way to treat or manage park wildlife."