"Can you imagine this kind of lynching taking place and people are indifferent? People don't care?" 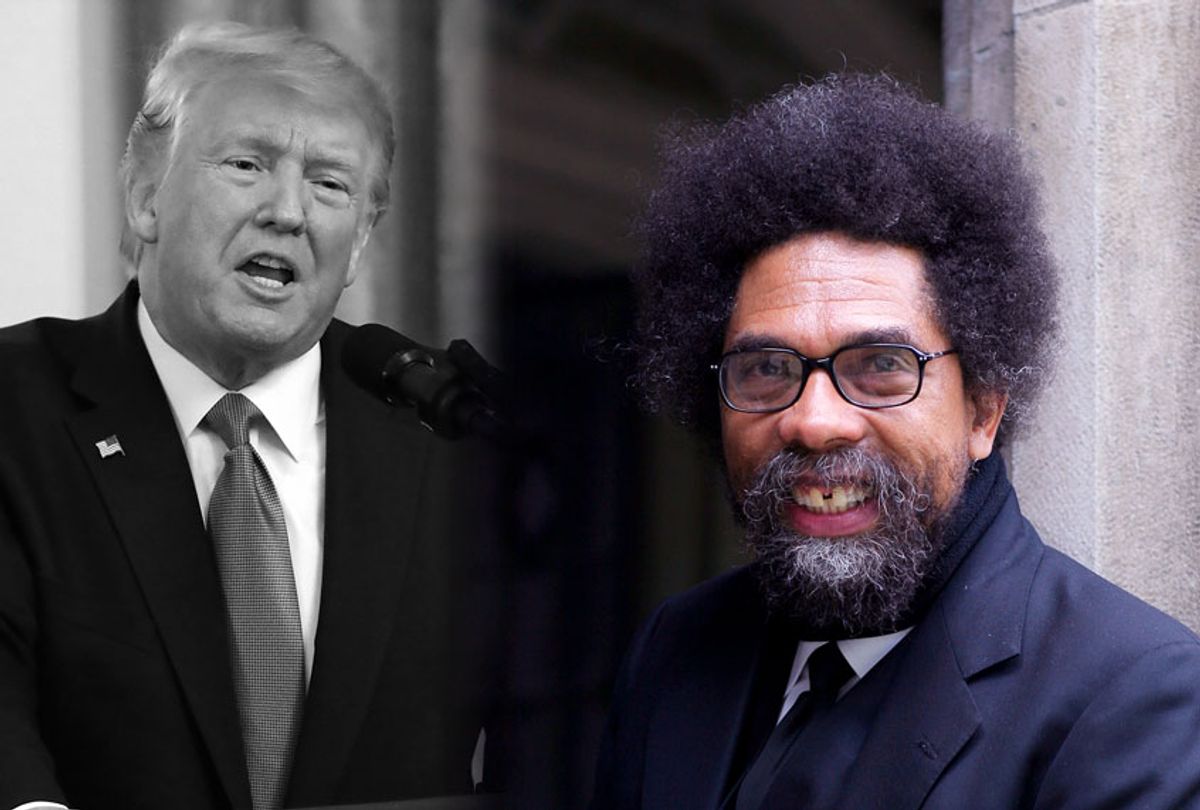 Harvard University philosophy professor Dr. Cornell West appeared on CNN Friday night amid nationwide protests over the police killing of George Floyd in Minneapolis, Minnesota and offered a searing indictment not just of white supremacy, the neo-fascism of President Donald Trump, and a criminal justice system that repeatedly brutalizes the poor and people of color — but also of a deep depravity that exists within the neoliberal capitalist system of the 21st Century in the United States that dominates both major political parties.

As protests raged in Minneapolis, outside Trump's White House, and U.S. cities nationwide — including Atlanta, Chicago, New York, Cleveland, and Oakland — West told CNN's Anderson Cooper in an interview, "I think we are witnessing America as a failed social experiment."

"What I mean by that," explained West, "is that the history of black people for over 200 and some years in America has been looking at America's failure. Its capitalist economy could not generate and deliver in such a way that people could live lives of decency. The nation-state, it's criminal justice system, it's legal system could not generate protection of rights and liberties. And now our culture, of course is so market-driven — everything for sale, everybody for sale — it can't  deliver the kind of nourishment for soul, for meaning, for purpose."

West explained the current anger over Floyd's murder by police — one of whom, officer Derek Chauvin, was arrested Friday and charged with 3rd-degree murder and manslaughter — adds to a "perfect storm" of multiple failures and inequities that pre-exist under an American imperial system that people like Martin Luther King, Jr. and others have been warning about since the middle of last century.

While solidarity protests erupted far beyond Minneapolis Friday night in outrage over Floyd's murder — and the killing by police of other black, brown, and other marginalized victims — West said, "I thank God people are in the streets. Can you imagine this kind of lynching taking place and people are indifferent? People don't care? People are callous?"

West denounced President Donald Trump as the "neo-fascist gangster in the White House," but said the failure of the nation — one that allows for endemic inequality and a culture of greed and consumerism that tramples on the rights and dignity of poor people and minorities decade after decade — goes much beyond the current president.

"The system cannot reform itself," West argued and pointed to a dynamic in which identitarian representation is asked to be a stand in for class equality, shared prosperity, and a functional democracy that actually expresses the will of the people and satisfies the material needs of the working people and the poor.

"You've got a neoliberal wing of the Democratic Party that is now in the driver's seat with the collapse of brother Bernie [Sanders] and they really don't know what to do," West added, "because all they want to do is show more black faces — show more black faces. But often times those black faces are losing legitimacy, too — because the Black Lives Matter movement emerged under a black president, a black attorney general, and a black Homeland Security, and they couldn't deliver. So when you talk about the masses of black people — the precious poor and working-class black people, brown, red, yellow, whatever color — they're the ones left out and they feel so thoroughly powerless, helpless, hopeless — then you get rebellion."

According  to West, the nation faces a choice now between "nonviolent revolution" and continuing the status quo failures. "And by revolution what I mean is the democratic sharing of power, resources, wealth and respect," he explained. "If we don't get that kind of sharing, you're going to get more violent explosions."

While reiterating the inherent dangers of Trump, West said one benefit of the president is that he tells the world exactly who he is. On the hand, the broader failures of the system under the neoliberal capitalist economy is rarely called out or revealed for what it is.

"But the question is we must fight," he concluded. "Even in the moment where we have a failed social experiment, we must fight. We must have an antifascist coalition against what's going on in the White House and the Republican Party. And we have to tell the truth about the milquetoast, cowardly activity too often we see too often in the neoliberal wing of the Democratic party. And we must be critical of ourselves in terms of keeping alive the highest moral and spiritual standards of Martin Luther King, Jr. and Fanny Lou Hammer and Ella Baker. And you see that work in the sould of brother George Floyd's family."