"How can people not understand why people are acting the way they are?" Lee asked while debuting his new short film 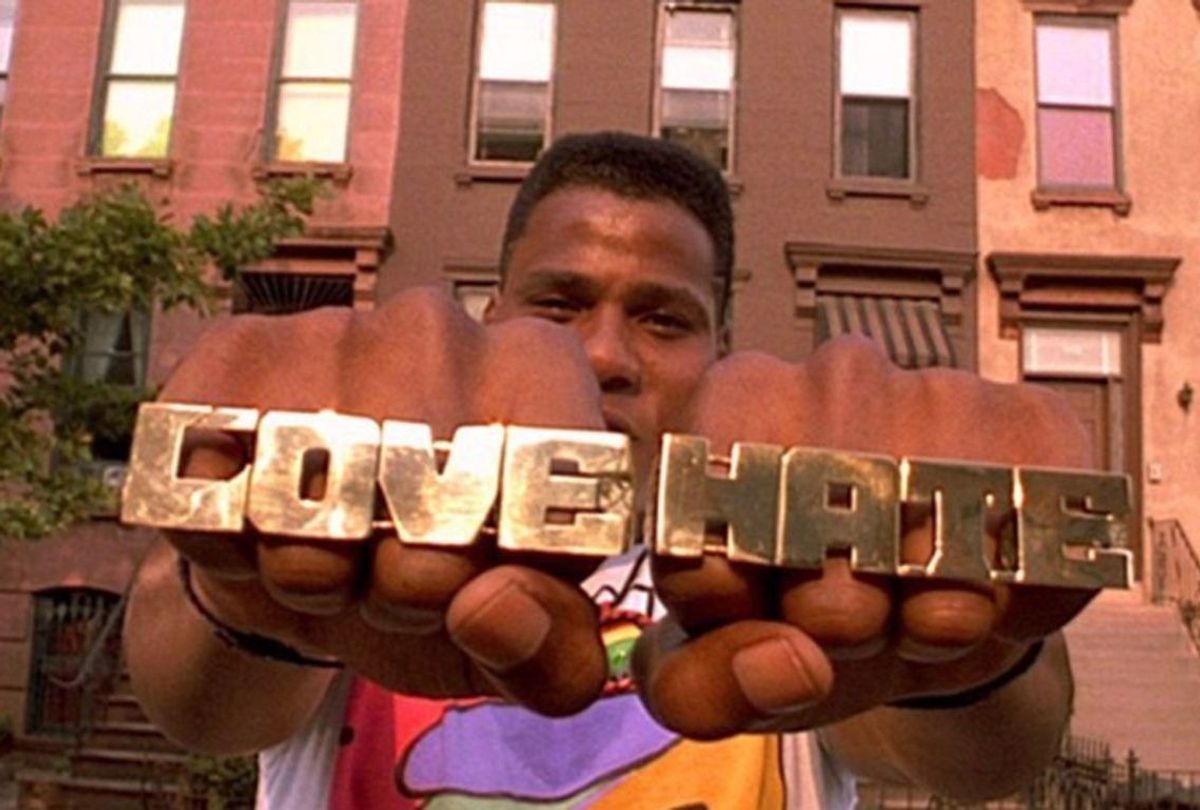 Bill Nunn as Radio Raheem in "Do The Right Thing" (Universal)
--

Spike Lee has premiered a new short film amid the nationwide protests over the death of George Floyd. The short, titled "3 Brothers — Radio Raheem, Eric Garner, and George Floyd," cuts together climactic footage from Lee's 1989 masterpiece "Do the Right Thing" with real-life viral footage capturing the deaths of Eric Garner and George Floyd. Lee uses the scene from "Do the Right Thing" in which Radio Raheem (Bill Nunn) is strangled to death by white police officers.

Read More From IndieWire: Spike Lee: "I'm not going to a movie theater" until there's a vaccine

Lee introduced the short film during an appearance on Don Lemon's CNN program. "How can people not understand why people are acting the way they are?" Lee asked viewers about the protests sweeping the nation in the wake of Floyd's death. "This is not new, we saw with the riots in the '60s, the assassination of Dr. King, every time something jumps off and we don't get our justice, people are reacting they way they do to be heard. We are seeing this again and again and again. This is the thing: the killing of black bodies, that is what this country is built upon."

Eric Garner died in 2014 after being arrested in Staten Island, New York, when he was put in a chokehold by police officer Daniel Pantaleo. Video of the incident went viral as Garner was heard repeatedly telling the officer he could not breathe. Pantaleo was not charged. Floyd died May 25 in Minneapolis after a similar incident with a white police officer, who is now being charged with third-degree murder and manslaughter.

Read More From IndieWire: Making TV during a pandemic: How TLC, "Vice," and others rose to the challenge

"3 Brothers — Radio Raheem, Eric Garner, and George Floyd" is the second current events-inspired short film Spike Lee has released over the last month. At the beginning of May, Lee debuted a short film love letter to New York City in the midst of the coronavirus pandemic shutting down the five boroughs. Both short films precede this month's premiere of Lee's new feature film, "Da 5 Bloods." The Vietnam War drama stars Chadwick Boseman and Jonathan Majors and is skipping a theatrical release due to the pandemic and debuting straight to Netflix on June 12.