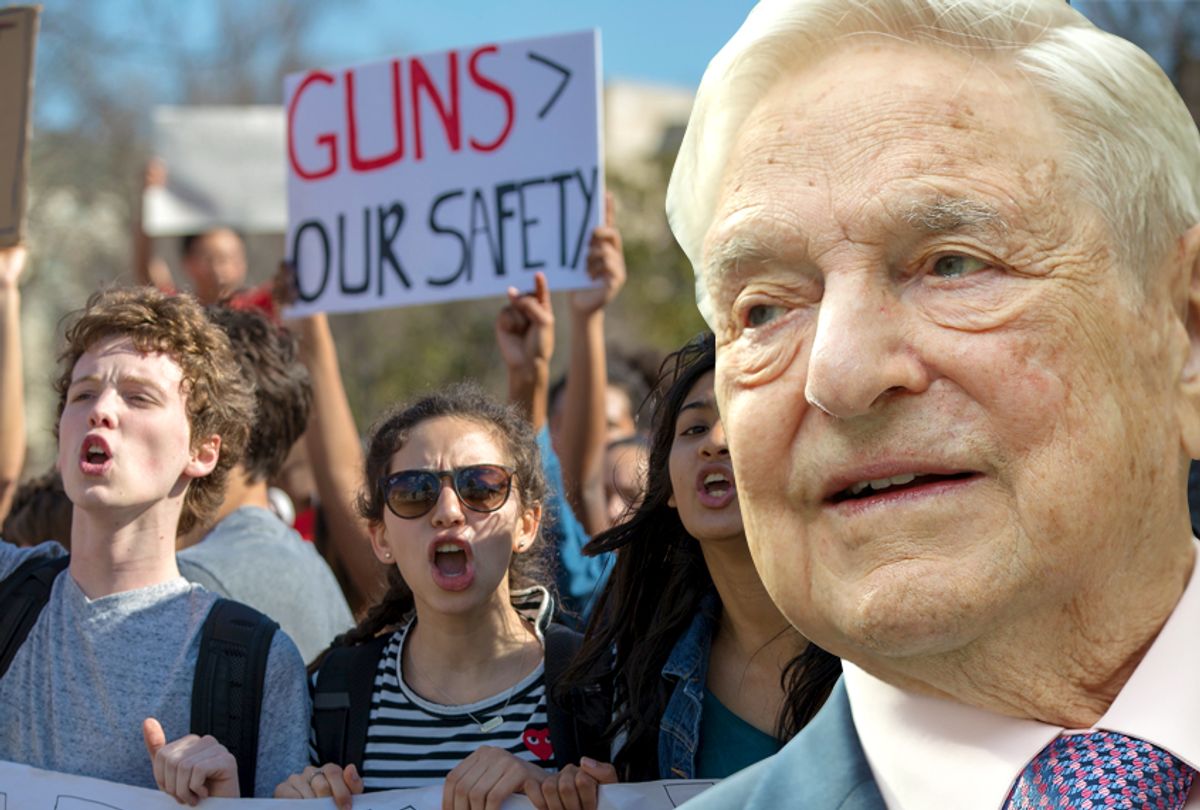 The posts are similar in nature and tone to some of the racist posts by local GOP officials in recent days that suggested the killing of Floyd in Minneapolis police custody was done with the intent of starting a race war or to erode black support for President Donald Trump. The posts from those local officials have prompted calls for resignation from the state's top GOP officials.

"Folks this is not a protest," read another post from early Sunday morning. "It is a well orchestrated attack on America's major cities with plans to attack the police, riot, loot, and burn buildings. The so-called 'protestors' are, in fact, domestic terrorists who were organized and paid for by George Soros to further divide our country. These terrorists were bused into these large cities. We must repel this attack and hold those responsible for their actions. This must be brought to a stop now or we will lose control of our country!"

Soros, who has spent billions of dollars supporting liberal and pro-democracy causes around the world, has long been a target of conspiracy theorists on the ideological right. Some theories note his Jewish heritage and invoke antisemitic tropes. The Anti-Defamation League has reported that hundreds of thousands of social media posts in recent days have falsely suggested that he is behind the recent protests. Fact-checkers have debunked multiple fake flyers circulating on social media purported to be from organizations linked to Soros that were offering people money to protest.

"Although the vast majority of Soros-related conspiracy theories do not mention his Jewish heritage, the concern remains that they can serve as a gateway to the antisemitic subculture that blames Jews for the riots," the ADL said in a blog post this week.

In a statement addressing Miller's posts and others written or shared by local GOP officials, Texas Democratic Party Communications Director Abhi Rahman said " the onus falls on Governor Greg Abbott and other Texas Republican leaders to put an immediate halt on racially hostile actions from within their own ranks."

On Thursday, Gov. Greg Abbott and other top Texas Republicans called for the resignation of the GOP chairs in Bexar and Nueces counties after they shared on social media a conspiracy theory that Floyd's death was a "staged event," apparently to gin up opposition to Trump.

A spokesman for Abbott did not immediately respond to a request for comment on Miller's posts.

Miller has a history of posting incendiary and false statements on his social media channels, including on a Facebook page that has more than 800,000 followers. He posted — and then deleted — a tweet in 2016 that called Hillary Clinton the C-word and in 2015 wrote a Facebook post that endorsed the atomic bombing of the "Muslim world." Late last year, after he read a Facebook post that accused officials running a Veteran's Day parade in his hometown of Stephenville of denying entry to a Confederate group, he commented, "Who told them to leave? Get a rope."

In December 2016, a Texas Tribune analysis of a portion of Miller's social media history identified 10 postings of demonstrably false, misleading or unsupported information.

Disclosure: The Foundation to Promote Open Society, founded by George Soros, has been a financial supporter of The Texas Tribune, a nonprofit, nonpartisan news organization that is funded in part by donations from members, foundations and corporate sponsors. Financial supporters play no role in the Tribune's journalism. Find a complete list of them here.