Health officials fear the pandemic will cause STIs to increase 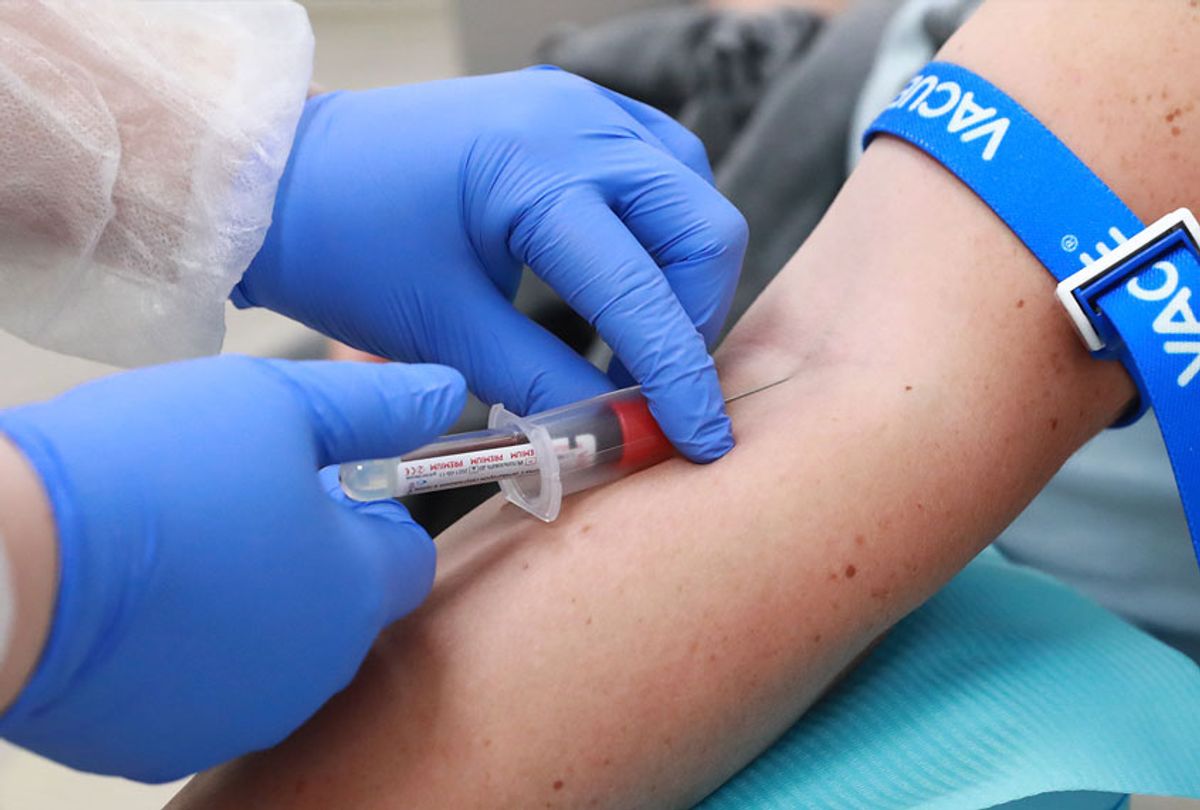 This week, the Centers for Disease Control and Prevention (CDC) released new data on how congenital syphilis diagnoses in the United States increased 261 percent between 2013 and 2018. In 2018, a total of 94 cases resulted in stillbirths or early infant deaths among the reported congenital syphilis cases.

"The worrying trends in congenital syphilis are symptomatic of a raging epidemic in this country and a public health care system that is ill-equipped and under-resourced to deal with it," David C. Harvey, Executive Director of the National Coalition of STD Directors saint in a statement.  "Any case of congenital syphilis is a failure, and a canary in the coal mine for a much deeper-rooted issue."

Congenital syphilis can be prevented, but requires testing a pregnant woman for syphilis right away. If tested positive, they can be treated with antibiotics.

As Salon has previously reported, in 2018 there were more than 2.4 million syphilis, gonorrhea and chlamydia infections combined — an increase of more than 100,000 from the previous year. The CDC's STD Prevention Division has seen a 40 percent reduction in funding since 2003. Testing has become harder to come by in part due to The Trump administration's policy decision to cut off Title X funding to health care centers that provide abortion care. That decision resulted in the closing of many Planned Parenthood clinics that don't offer abortion services, but do offer STD testing.

Now, healthcare professionals are concerned the pandemic could exacerbate the already worrisome trend. Thirty-eight Planned Parenthood affiliates around the United States received over $80 million in loans from the federal Paycheck Protection Program (PPP) which was part of a small business relief program to help employers during the pandemic. Thanks to letters obtained by NPR, news surfaced that the Trump administration has been asking these affiliates to return millions of dollars.

Yet Planned Parenthood clinics are key to STD and STI testing, especially in more vulnerable or lower-income communities. Between October 2017 and September 30, 2018, Planned Parenthood affiliates diagnosed 240,384 STIs. Coupled with the fact that routine healthcare is hard to access during the pandemic, health officials are worried.

"I think what we're facing is a really central confluence of people not seeking basic preventive health care services that they need or struggling to access health care services in our communities, and then marrying that with, you know, people, continuing to be human and have their sexual lives be active and those things just don't go away," Amanda Skinner, president and CEO of Planned Parenthood of Southern New England, told Salon in an interview. "One of the most important things that we've done in response to this pandemic is launch a Telehealth service, and we've seen here at our affiliates that screening for sexually transmitted infections is consistently one of the top three services that people are reaching out for."

Skinner said that since Planned Parenthood New England affiliates have been able to stay open and offer services, it's also helped keep people out of the emergency rooms, which hospitals have wanted to keep open and safe for coronavirus patients.

"Imagine if somebody had acute pelvic pain and needed to be seen — if we could see them [at] Planned Parenthood, not only does that meet that person's needs and prevent them from potentially having a more serious healthcare issue, but it also prevents them from having to go into the hospital .... using those necessary resources that could be necessary to treat a coronavirus patient," Skinner said.

Skinner added that Planned Parenthood affiliates play critical roles in communities that are often left out of the mainstream healthcare system. "I think one of the things that this pandemic has really laid bare . . .  the extraordinary disparities in health outcomes for people that are driven by systemic oppression," Skinner noted.

"The United States was already in an epidemic for STIs that have really reached an all-time high," Dr. Upadhya said. "We know that it hasn't changed because of COVID." Upadhya said that "because of the limited service options during the pandemic," health experts "have a concern about the fact that people are going on untested and untreated during this time."

Dr. Upadhya said Planned Parenthood has had to adapt to the pandemic by expanding telehealth options. Likewise, they are looking into ways that people can get STI tests done at home and then send the materials into the clinic. Dr. Upadhya added that there is concern around the rising Congenital syphilis rates and the disease going undetected.

"If a child is born with congenital syphilis that can have impact on multiple systems in their body that can be life long . . .  similarly we know that chlamydia for example is the leading preventable cause of infertility in the country," Dr. Upadhya said. "HIV is obviously a long term chronic disease, herpes, of these things really have long lasting impacts on people's health and well being, across the lifespan, so if we don't have the resources to identify cases and provide treatment and prevention to people that really has significant negative impact on their health."