"Frankly, it's time to shake up the establishment," the Courier-Journal's editorial board writes 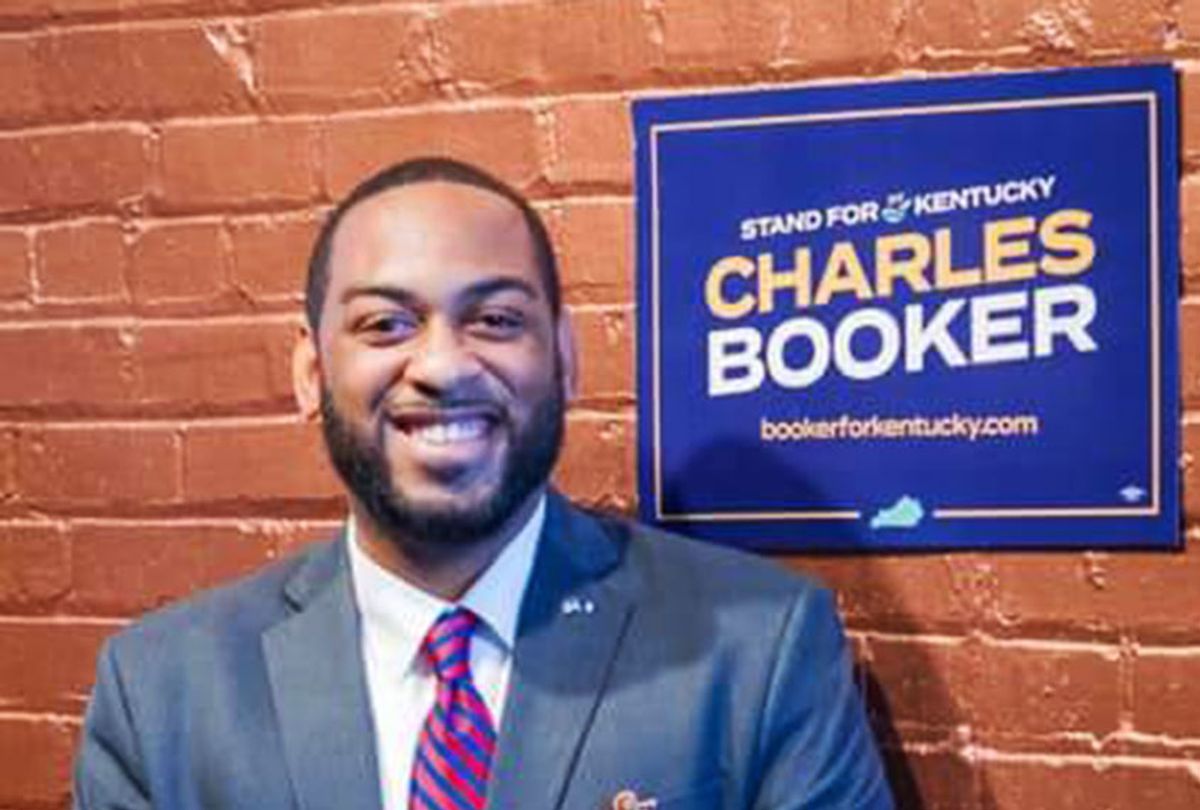 Days after the state's second-largest newspaper, the Lexington Herald-Leader, endorsed Booker, the Courier-Journal's editorial board wrote that the state representative — whose platform includes Medicare for All, a Green New Deal, and universal basic income — understands "the challenges of our times" and is "willing to put forth bold ideas and fight for everyday people."

"Our informed choice is clear: Charles Booker is the kind of political leader and change agent that our commonwealth needs," wrote the editors. "We believe he is worthy of the Democratic nomination."

The newspaper highlighted Booker's advocacy for gun control, labor protections, and lowering insulin prices — an issue which he brings personal experience to as one of the state's 449,000 adults living with diabetes — along with his personal background.

Booker grew up in one of the poorest zip codes in Kentucky, a state with one of the highest poverty rates in the country.

"He knows what it means to go hungry, to be homeless, to struggle," the editorial reads. "Ending poverty is at the core of his mission. He's passionate about it because he's lived the struggle . . . Booker's message resonates."

The paper also praised Booker's enthusiastic participation in community activism alongside his neighbors and voters throughout the state, appearing at numerous Black Lives Matter rallies in recent weeks and traveling to Harlan County last summer to support coal miners at Blackjewel LLC after the company went bankrupt without paying its workers.

"Booker consistently appears as a community member rather than a campaigning politician," the editorial board wrote, contrasting the candidate with his main opponent, Amy McGrath.

The national Democratic Party, the editors wrote, "was too quick to offer its full support and fundraising apparatus" to McGrath, who has positioned herself as able to win over Trump supporters in Kentucky with a campaign and agenda the Courier-Journal deemed "overly moderate," "unimaginative, and uninspiring."

"Frankly, it's time to shake up the establishment," wrote the editorial board.

In his first campaign video, released in January, Booker suggested he is prepared to take on McConnell with the message that the six-term Republican senator has been disconnected from and dismissive of his constituents during his 36 years in office.

"He doesn't see you in the hospital bed or the checkout line or in the safety drills in your classroom. He doesn't see you at all," Booker told voters in the video that launched his campaign. "And this man knows more than anybody how to work the system in Washington... But he's done nothing for Kentucky. Because he's not your neighbor. He's not your brother. He ain't from here."

"Voters in Kentucky and around the country deserve the chance to consider candidates who have strident beliefs and the courage to go beyond scripted, milquetoast politics," the Courier-Journal wrote of Booker.

"Our movement that is coalescing Kentuckians from every corner of the Commonwealth is one that speaks to prioritizing people, and meeting the challenges of poverty, inequity, and structural racism," Booker said. "Together we can create a Kentucky where we are all valued."