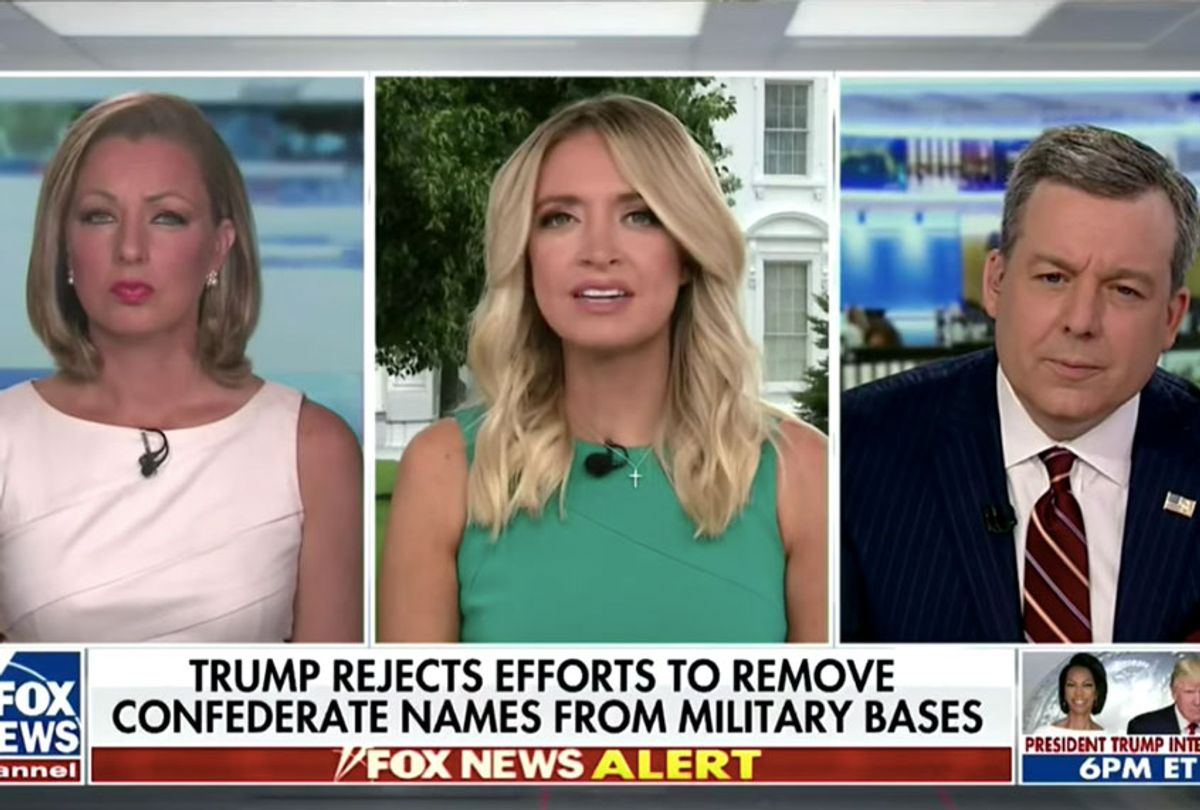 During an appearance on Fox News, McEnany was asked why Trump has said that he will "not even consider" renaming bases even if their namesakes fought for slavery to continue.

McEnany said that Trump disagreed with leaders like retired Gen. David Petraeus, who has said that it's time to remove the Confederate names from important military installations.

"Yeah, what the president saw when he looked at this issue," McEnany recalled, "he takes it personally offensive, the notion that the men who deployed to World War II, to World War I, to Korea, all across the world, to Vietnam — the last bit of the United States many of these men saw were these forts."

"And to somehow imply these forts were racist installations and that's the last thing they saw as they left, many of whom lost their life overseas, the president will not stand for that," she added. "The president will respect this, because these forts and these names are associated with the heroes within them, not the name on the fort."