Generic names can take on a linguistic life of their own, becoming powerful forms of social commentary 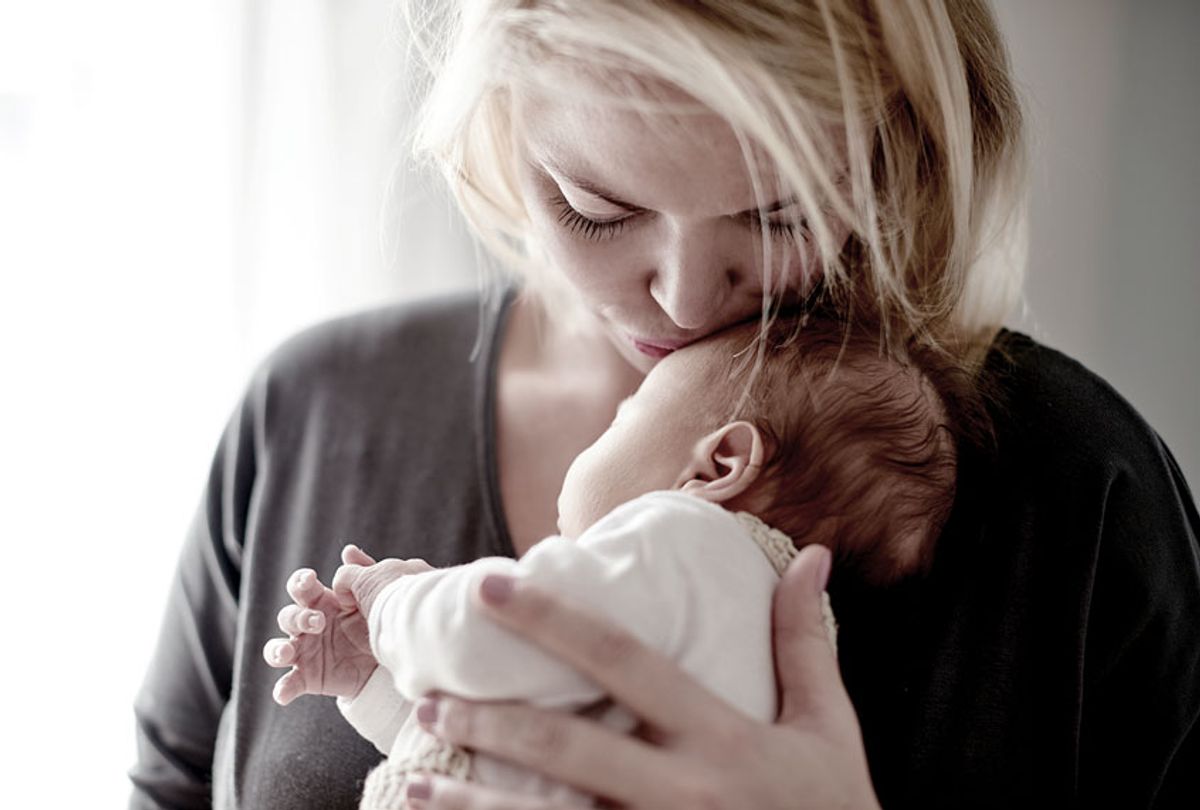 A mother spending time with her newborn baby (Getty Images/Mikolette)
--

How Karen became synonymous with entitlement

When I read about Amy Cooper, the woman in Central Park who called the police on a black birder because he'd asked her to leash her out-of-control dog, I was horrified.

But, as a sociolinguist who studies and writes about language and discrimination, I was also struck by the name given to Cooper in several headlines: "Central Park Karen." On Twitter, the birder's sister also referred to her as a "Karen."

There was no confusion about what this meant: It was a label for a white woman who had used her privilege to threaten and try to intimidate a black man by calling the police.

But this was just one way "Karen" has been deployed in recent months. There was the woman dubbed a Karen who, after being told that a waiter would bring ketchup to her table, ended up helping herself at the server's station. And then there was the mom who was called a Karen for telling a woman wearing a bikini to cover up. Countless other variations have emerged.

At first glance, a generic name becoming infused with so much meaning seems patently absurd. Imagine if your friend groused that his boss was being "a real David," or a sibling pointed out that mom was acting like "such a Christina."

So how, exactly, does a name like Karen become such a powerful form of social commentary? And how does it come to mean so many different things at the same time?

The many shapes of meaning

First names tend to contain a range of social cues. An obvious one is gender. But they can convey other kinds of information too, including age, ethnicity, religion, social class and geography. The first name Karen peaked in popularity in 1965, which means that in 2020, most people named Karen are middle aged. Because roughly 80% of the U.S. population was white in the 1960s, it's safe to assume that the proportion of people named Karen in 2020 is predominantly white.

So that's kind of a rough foundation for what the first name Karen might signal to people. But what about the way it evolved to mean much more than simply a first name relatively common among middle-aged white women?

On the one hand, meaning can directly reference something in the world. A kitchen is, well, a kitchen. For this reason, we often assume that meanings are fixed and stable.

But meaning can also be more indirect, indicating characteristics like where a person is from, their age or their ethnicity. Whether you say "soda," "pop" or "Coke" for a carbonated beverage can indicate where in the United States you likely grew up. In many African American communities, kitchen, in addition to being the place you cook, means "nape of the neck."

These different definitions are often referred to as "indexical" because different contexts indicate, or index, different meanings. Meaning, it turns out isn't nearly as stable or fixed as we like to think.

This is how the use and understandings of words change and shift over time. It's also how they can become vehicles for social commentary.

It's largely a coincidence that Karen — rather than, say, other popular baby names from the 1960s like Linda or Cynthia — is the name that became the label. Instead, it's the repeated use of the name on social media and on the street that reinforced its status.

By tracing the origins of Karen up until the Central Park incident, you can see how two separate threads of meaning converged to make Karen the label for an officious, entitled, white woman.

The first comes from African American communities, where certain generic first names have long been a shorthand for "a white woman to be wary of because she won't hesitate to wield privilege at the expense of others." Around 2018, people started posting pictures of white women calling the police on the mundane activities of black people. These individuals got labeled with hashtags like #bbqbecky, #permitpatti, #golfcartgail and #cornerstonecaroline.

The goal was to call out the inherent racism and white privilege of these women using a particular kind of alliterative flair. This was the same sort of behavior that Amy Cooper engaged in when she called the police claiming to be threatened.

The second thread emerges from stand-up comedy and Reddit. In 2005, Dane Cook performed a sketch comedy piece in which Karen is "that friend nobody likes." In the sketch, she's described as "always a douche." This portrayal of a "Karen" is less about her racism and contains more gender-based critiques, which might be why some continue to call the Karen meme sexist.

Then, in late 2017, Karen appeared on Reddit as a parody of a Reddit user who had ranted about his ex-wife named Karen who received custody of their children and possession of the family home. That's likely the point at which Karen became linked to pushy behaviors like "wanting to speak to the manager." A link that may have occurred first through parody went on to serve as an actual label for self-important, bossy people.

A Karen by many other names

The Central Park incident created the perfect moment for these two strands to come together. There's the intersection of entitled behavior, racism and demographics.

Interestingly, despite a lot of media analysis about what Karen "really" means, its use has been quite fluid. For example, we've seen people who deny the existence of racism, panic buy toilet paper or call for an end to social distancing all called "Karens."

In fact, the meaning and use of Karen continues to shift. We can find male Karens and black Karens. Donald Trump has even been called a Karen.

And then there's the way it's being used to push for justice, with protesters of police violence holding signs like "Karens against police brutality" and "I'd like to speak to the manager of systemic racism."

Karen can be and is all of those. That doesn't weaken the critique; it simply gives it more facets and nuance.