American apartheid: This country still treats too many of its black citizens like slaves

What happened to George Floyd has a long history. Until we face that history honestly, we'll never escape it 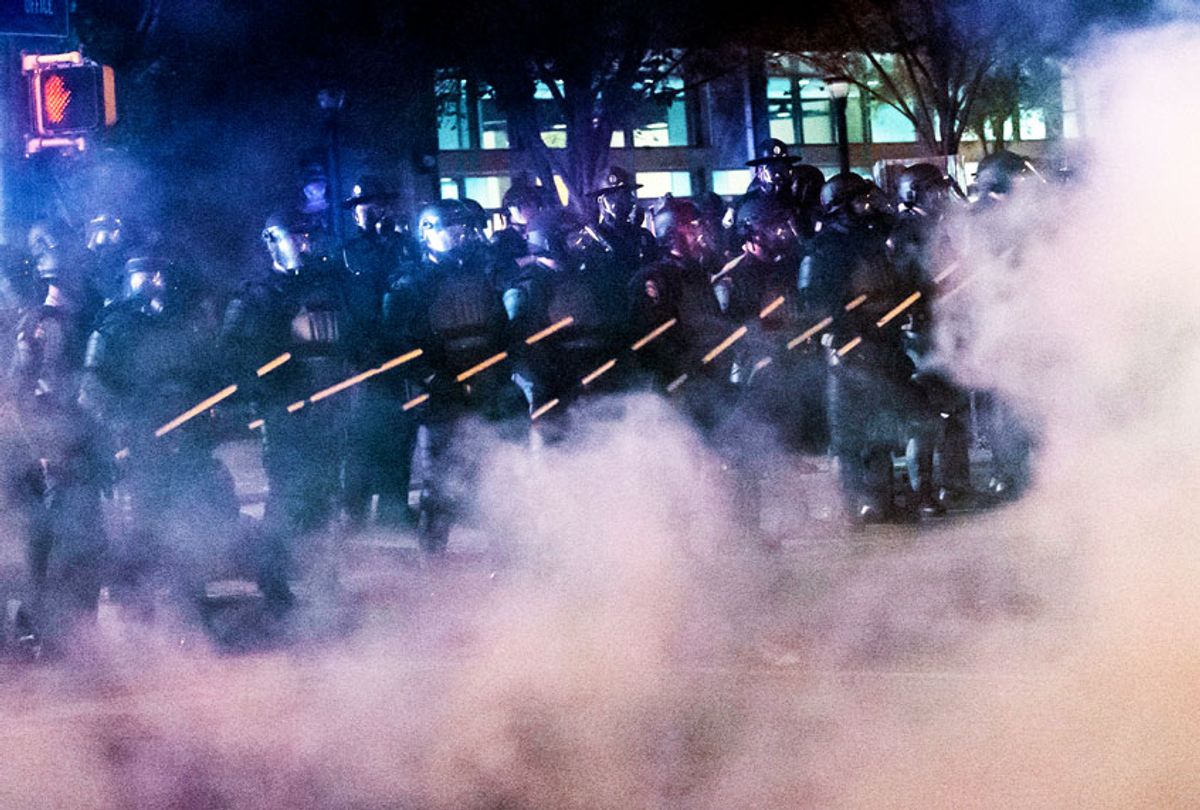 How would you like to be afraid every single day of your life that something terrible will happen to you, just because you are black?

We white citizens are treating our fellow black citizens like they are slaves. They experience the same kind of violence and inhumanity that was visited upon slaves. If they were walking normally down a road, they could be suspected of having escaped their slave bonds and be arrested and taken into custody. They could be accused of misbehavior or a crime and be killed with impunity. They could be hanged from the neck until dead. They could be beaten with hands or clubs or whips in punishment for crimes they were arbitrarily accused of, without trial or conviction.

So many attitudes and laws are passed down to us from slavery, and we inherit them without thinking about it. Doesn't all of this sound like what has been done to black citizens over and over and over again? Sure, sometimes a perpetrator is caught and tried and punished. But many times — way, way too many times — when the perpetrators are police officers, they get away with it. The police have been like overseers, working for  slave owners to control and discipline and punish slaves. The police are our hired agents just as much as overseers were the agents of slave owners. It's awful to confront, isn't it? Ugly. Terrible to think about.

But it's been happening right in front of our eyes. It's beyond racism. It's a system of apartheid that has been with us since slavery: two worlds, one white, one black, kept separate by culture and custom and law enforcement. Two systems of justice, two ways of punishment, two ways of living, two ways of dying.

And yet here we are. Black people are still being beaten and killed all across this country, not just in the South, but in the Midwest and the West and the North. When it's done by cops, they generally get away with it because the system of apartheid allows it, two legal systems, one for white people and one for black people. Black people are arrested and jailed far more than white people. They are given stiffer sentences. And yes, they are beaten and killed by policemen for infractions that white people can usually get away with.

It's happening because we have never dealt, as a nation, with our legacy of slavery. Look at what's happening right now. Donald Trump just announced that he will oppose the renaming of Army posts named for Confederate generals. He wanted to put armed active duty soldiers on the streets to suppress the protests against the killing of George Floyd. Why is he doing this? Because he wants to send a signal to the base of his supporters that he is in favor of our system of apartheid, and wants to keep it going.

His audience gets the message when its subject is honoring Confederate generals who fought on the side of slavery. By honoring these dishonorable traitors to the ideals of our Constitution, Trump is keeping alive the laws of slavery. Did you see the story about a dozen Republican county chairmen in Texas sending out racist and anti-Semitic posts last week? You know why they did it? Because they can read Trump's signals that it's OK to discriminate against black people and Jewish people. They know he's on their side.

I saw it all. This apartheid happened during my lifetime.

My sixth great-grandfather, Thomas Jefferson, who famously wrote the words in the Declaration of Independence that "all men are created equal," also infamously owned more than 600 slaves during his lifetime. He wrote in a letter in 1820 to a friend, discussing the issue of slavery in the territory of Missouri, "But as it is, we have the wolf by the ear, and we can neither hold him, nor safely let him go. Justice is in one scale, and self-preservation in the other."

The "wolf" to which he referred was the evil of slavery.

I called my old friend Frank Serpico on Thursday night to discuss the issues of racism and police brutality that have filled the news for weeks. He was a famous New York cop who fought corruption in the NYPD more than 50 years ago, and I knew he would have something to say.

"It's the same shit, Lucian," Serpico said. "It doesn't go anywhere. They always pick on the guy who has no ability to defend himself. It's not just the cops. It's the judges, it's the district attorneys, it's the mayors. The cops, they come from society, and the society is us. Watching this cold-blooded killer taking the life out of a human being was like a perfect storm. When you give somebody power, they're never going to give it up. Look at Trump. He's in there egging it on. There's no stopping him. It's been there all along. It's all been said before. Nothing ever changes."

I interviewed Serpico at his home in the Netherlands in 1975 for a story in the Village Voice. He told me back then, "People have got to understand that it's just as patriotic to try to keep your country from dying, as it is to die for your country."

Serpico is right. We will continue to have "justice on one scale, and self-preservation in the other" until we confront the wolf of slavery, and if we don't, our country will die.