Inspired by his dad, Lazarus Lynch's peach cobbler is the dessert you'll want to bake all summer 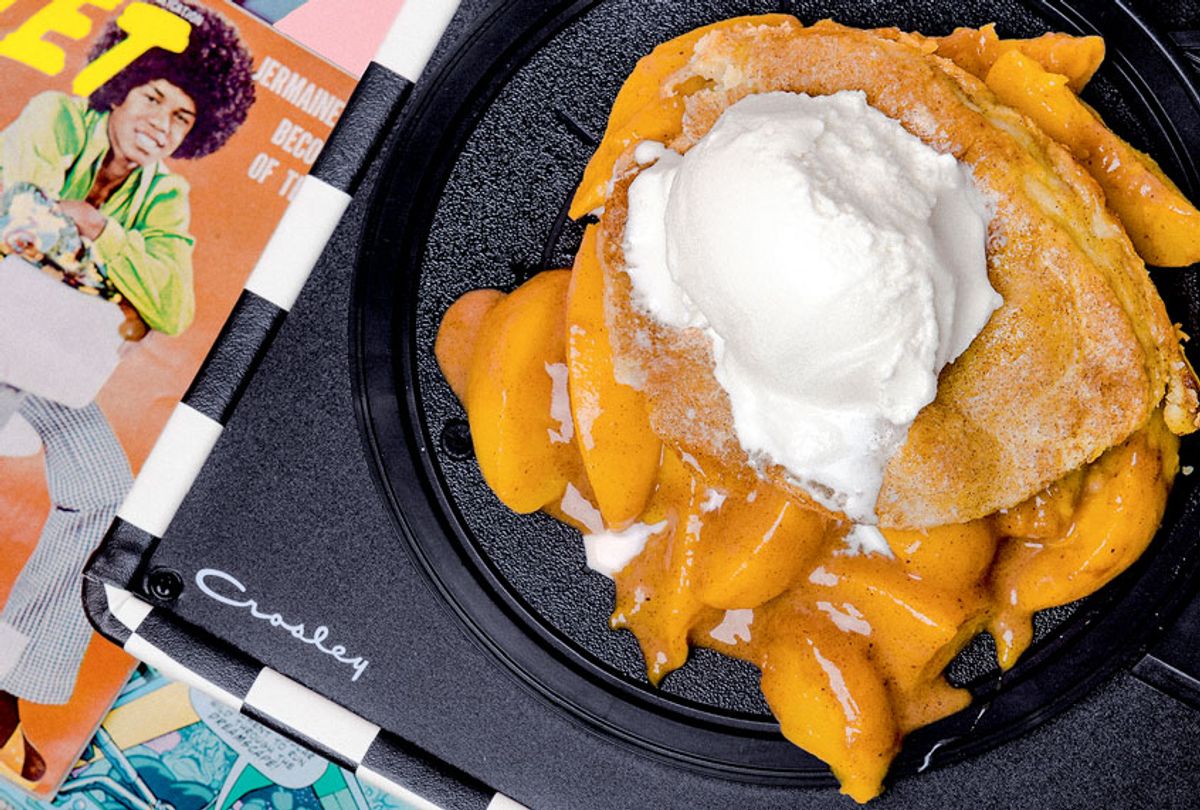 Reprinted from Son of a Southern Chef: Cook with Soul by arrangement with Avery, an imprint of Penguin Publishing Group, a division of Penguin Random House LLC. Copyright © 2019, Lazarus Lynch, Photography by Anisha Sisodia.

Chef Lazarus Lynch has been cooking (nearly) professionally since high school. The two-time "Chopped" winner, host of Food Network's competitive Snapchat cooking show "Chopped U" and author of "Son of A Southern Chef" successfully turned his childhood love of food into a multi-layered and incredibly stylish culinary career.

When asked by Salon Food whom he would cook for — if he could cook for anyone whether alive or no longer with us — Lynch unhesitatingly offered up his grandmother, Margaret Lynch, as the clear choice.

"Margaret was a talented beautician and a gifted cook," this sparkling creature of the digital age said. "She started me on my path. And, though I've never met her, I know how important she is to my life and I want to tell her."

Check out Salon's interview with Lynch here, and make his recipe for peach cobbler (which his grandmother used to cook) excerpted from his cookbook below.

"What can I say? This is one recipe I will cherish for the rest of my life. It warms my heart when I think about how many times my dad made this cobbler, how many times he watched his mother make it and how much it means to our family. This recipe will never get old." - Lazarus

Make the crust: In the bowl of a food processor, pulse together the flour, sugar, and 2 teaspoons salt until just combined. Add the butter and pulse a few more times until the mixture is coarse but the butter pieces are still visible. Slowly add the ice water and pulse to form a dough, six to eight pulses. If the dough looks and feels very dry, add more ice water, 1 tablespoon at a time. Divide the dough in half and wrap each half tightly in plastic wrap; flatten each piece into a disc. Refrigerate the dough for 1 hour.

Make the filling: In a large bowl, mix together the peaches, sugar, flour, cinnamon, nutmeg, and a pinch of salt. Set aside.

Remove the dough from the refrigerator and cut in half. On a lightly floured surface, roll it into a 9 x 13-inch rectangle, about ¼ inch thick. Set aside and repeat with the second piece of dough.

Line a 9 x 13-inch baking dish with one of the dough rectangles, pressing any excess dough against the sides of the dish. Pour in the peach filling and spread it evenly. Place the second rectangle of dough on top of the peaches and tuck the excess dough into corners. Brush the dough with the beaten egg and sprinkle with cinnamon and sugar. Pierce the top with the tip of a sharp knife in several places to allow steam to escape while baking. Bake until the top crust is golden brown, about 1 hour 15 minutes. Let cool on a rack before serving. Serve with ice cream.

Like this recipe as much as we do? Click here to purchase a copy of a "Southern Chef: Cook with Soul."

Lazarus Lynch is the author of "Southern Chef: Cook with Soul."