Child labor: The real cost of your morning coffee

Millions of enslaved children work and die bringing coffee, chocolate and other goods to your home 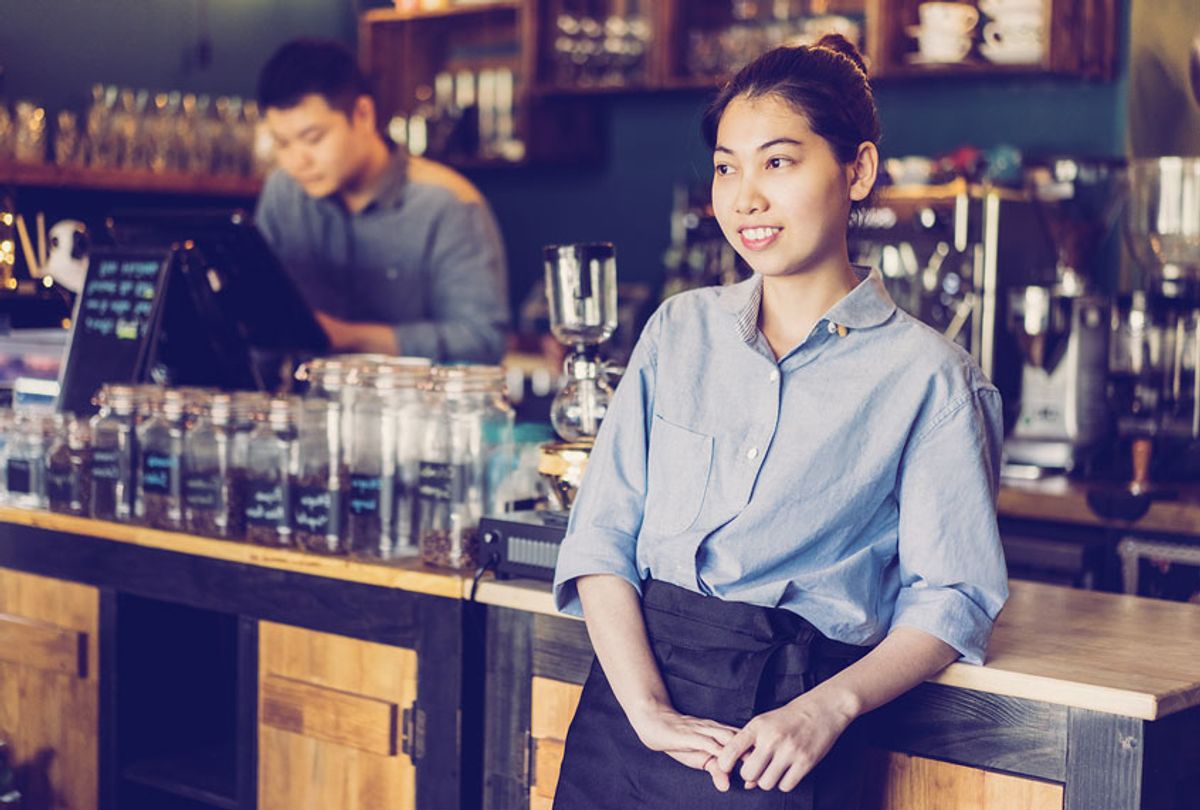 Child Labor Day is June 12, designed to draw attention to the more than 200 million children forced to work. Many toil on cocoa plantations, sew soccer balls at home and make in sweatshops the expensive sports shoes worn by children and their parents.

Don't expect anything from the Trump White House, which is focused instead on its latest racist dog whistle, taking its cue from Ronald Reagan's launch of his 1980 campaign for president.

Congress considers contraband chocolate bars, coffee, soccer balls and anything else made with child labor, empowering the Trump administration to seize those goods as well as products of slave labor.

Instead of a law and order approach with seizures, however, the Trump administration announced in January 2019 that it would merely catalog such products. There's no sign it has done even that. No catalog exists on the Labor Department website. DCReport's emailed requests for information about the catalog drew no response from Trump's Labor Department.

UPDATE: After we published, the Department of Labor responded, pointing to links here, here and here. Significantly, a spokesman noted that the laws banning goods made overseas which the Labor Department "is required to use [have] different standards" from those that  Customers and Border Patrol must follow, spokesman Egan Reich wrote.

An estimated 218 million children between 5 and 17 years work.  Some 152 million are victims of forced child labor, meaning they are compelled to work rather than attend school. The United Nations calculates that almost half of those in forced labor work in hazardous conditions, especially mining, manufacturing and construction.

About 22,000 children are killed on the job each year according to the International Labor Organization, a U.N. agency.  "Because children are still growing, they have special characteristics and needs, and in determining workplace hazards and risks their effect on children's physical, cognitive (thought/learning) and behavioral development and emotional growth must be taken into consideration," the agency reported.

A dime a cup to end child slavery

Fernando Morales-de la Cruz is Guatemalan. For years he has sought to end child labor by promoting higher prices to cocoa and coffee farmers. He started Cartoons for Change to raise awareness of how low prices pressure small farmers to use cheap child labor to harvest cocoa and coffee beans.

He also wants people in wealthy countries like the United States to develop a revulsion to consuming products made by millions of economically enslaved children.

If people paid a dime more per cup of coffee, Morales-de la Cruz has shown, farmers could afford to hire adults to pick coffee beans. Just a nickel more would lift millions out of dire poverty.

The average consumer price for a Starbucks is $2.75. Just a nickel more to alleviate forced child labor would be an increase of less than 2 percent.

"Child labor is not different from slavery," Morales-de la Cruz said, explaining why he created Cartoonists for Change. One of the drawings volunteered by a cartoonist depicts a child who is chained and dragged away from school to go work for these multi-national companies and is in turn paid nothing. Others emphasize how companies who take their profits in tax havens, notably Nestle and Starbucks, profit from child labor.

Candidate Trump said wages are too high – and he was referring to the American workers he claims to champion. Trump later denied saying that, but he also doubled down and repeated his claim.

Trump relies on the discredited 16th-century economic theory of mercantilism which holds that wealth is a fixed amount and each dollar one person or country has the less everyone else must have.  As a mercantilist – not that Trump has any idea what the word means despite his economics degree from an Ivy League school — he would instinctively oppose anything that raises wages overseas and increases costs for something as optional as a cup of coffee or a Mars bar.

Inaction on child labor and de facto enslavement of youngsters by Trump & Co. are not surprising given that child labor is concentrated in Africa and Latin America.

Trump speaks of the people who live in those parts of the world with, at best, disdain. Two years ago he compared African nations to outhouses. He has engaged in endless rants against people from south of the American border where he wants to build a wall to keep them out.

And significantly, in the context of child labor, the Trump administration has caged 69,550 migrant children for the lawful act of seeking asylum at our southern border. Many came north to escape the violent gangs that kill with impunity in Honduras, a coffee and banana growing country suffering from depressed prices for its foodstuffs.

In addition, as we told you in 2018, Team Trump wants to bring back child labor in America, including allowing minors to operate dangerous equipment.

Given that context, imagine that Donald Trump has devoted a second to thinking about how he could use the power of the presidency to reduce or even end forced child labor overseas. The notion is as silly as thinking he cares a whit about black and brown children except as occasional props in his campaign for mass adulation.

Trump's new dog whistle, borrowed from Ronald Reagan's 1980 campaign, is revealed in the time and place he chose this week for resuming the rallies where he basks in adulation from his fans.

The Trump-Pence 2020 campaign announced the first revived rally will be Friday, June 19, a date rich with meaning to both racists and black Americans.

June 19 is Juneteenth or Jubilee day. On that date in 1865, General George Granger read to Texas slaves the Emancipation Proclamation, which President Abraham Lincoln had issued two and a half years earlier, freeing them from bondage.

Trump's rally will be in Tulsa, where 99 years and two weeks ago white mobs massacred the black residents of Greenwood, a prosperous Tulsa neighborhood known for its "black Wall Street." About 300 people were murdered as the homes of 8,000 black Tulsans were burned by white mobs, according to Oklahoma's official 1921 Race Massacre Commission.

To the minority of white Americans who dislike or openly hate the various civil rights movements, and who love Donald Trump, the date and time he chose to resume rallies carries a message as clear and unsubtle as what Ronald Reagan did when he launched his 1980 presidential campaign in Philadelphia.

Reagan did not choose the City of Brotherly Love, today a major media market and two centuries ago the place where our Declaration of Independence and our Constitution were written. Reagan picked a county fair near the little town Mississippi best known for the notorious 1964 murders by local law enforcement of James Chaney, Andrew Goodman and Michael Schwerner, civil rights workers trying to register blacks to vote.

Asked about this back then Reagan said he had no idea. He said he just wanted to talk about "state's rights," code for reviving segregation by oppressing black Americans.

Now you might think Trump has acted against child exploitation. He has but only in a very limited way. In January White House announced an "Executive Order on Combating Human Trafficking and Online Child Exploitation in the United States."

Notice that is about activities in the United States and sex crimes run by small-time crooks, not exploitation of child laborers by major corporations on whom Trump has lavished both tax cuts and reduced regulations.

A year earlier Trump issued a similar proclamation heavy on sex trafficking. It included the promise that the Labor Department would be "cataloging goods made with forced labor and child labor and developing tools for companies and other stakeholders to address these abuses in their global supply chains."

There are some enforcement cases the Trump administration has filed regarding child labor. Domestically the Labor Department brought civil cases against some fast food joints including a chain of Wendy's and Fazoli's that employed 14-year-olds in nine states.

Labor issues an annual report on child labor overseas, but it's just a report, not an enforcement action. The conditions children are forced to work under in many countries are horrible. Read the report on Burma, where impressing children into the military is an offense punished as if it were a parking ticket. Or Haiti where more than a third of children ages five to 14 often harvest crops under the Caribbean sun, as well as reports on Honduras and  Nicaragua,

When you drink your next cup of coffee or take a bite of chocolate, especially on Friday, June 12, we hope you give some thought to those enslaved children and to big companies – Mars, Nestle, Starbucks among them – that grow rich off this modern atrocity which the Trump administration ignores.