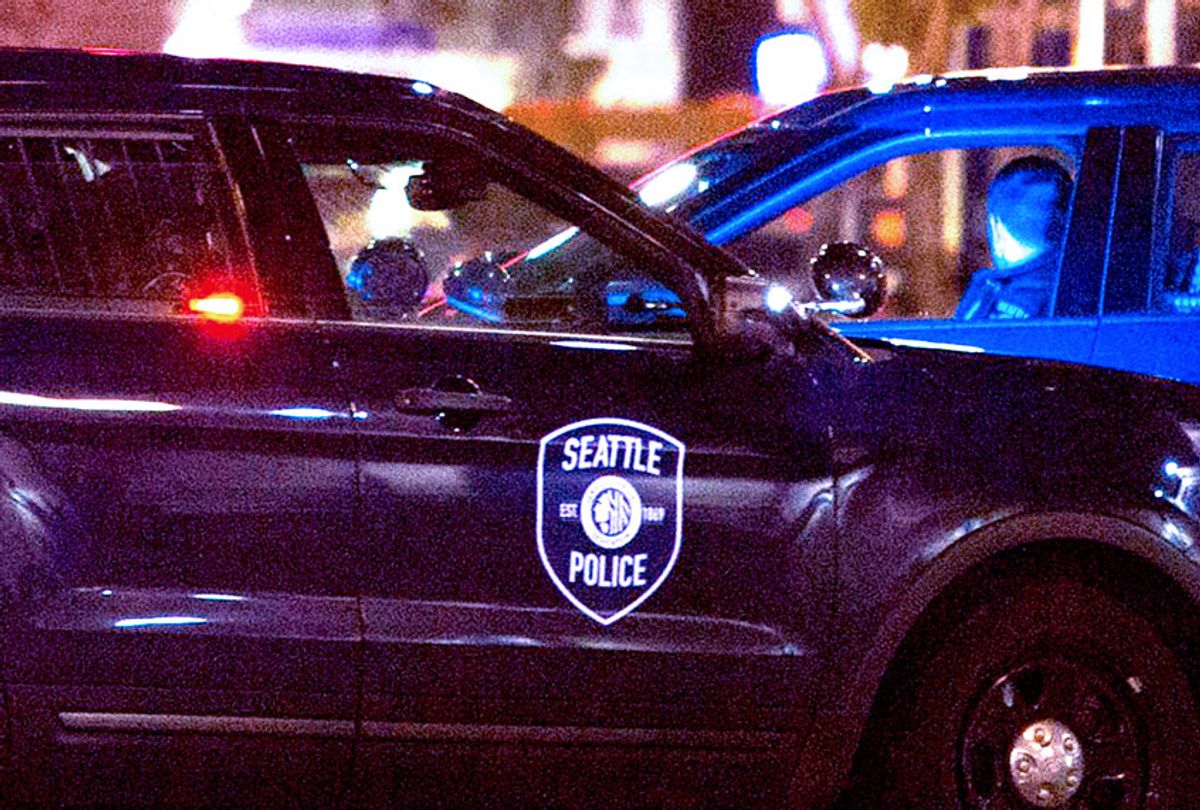 The George Floyd protests have brought renewed scrutiny to the epidemic of police brutality and racism in the United States, with particularly attention bearing down on the police unions that protect corrupt police officers. Now, the King County Labor Council, a coalition of over 150 unions that represents 100,000 workers in Seattle's parent county, have expelled the Seattle Police Officers Guild (SPOG), the labor union that represents Seattle Police.

After a long roll call on Wednesday night this week, the King County Labor Council  — which identifies as "the central body of labor organizations in King County, Washington" — garnered over 45,000 votes in favor of removing the SPOG, according to local reports in My Northwest.

On June 4th, the King County Labor Council first announced that the organization was considering the idea when it reaffirmed its commitment to an "anti-racist union movement."

"There is and has been an epidemic of racist police violence targeting Black Americans, our sisters, brothers, and siblings in the labor movement," April Sims, secretary-treasurer of the Washington State Labor Council, said in a statement earlier this month. "As unionists, when we see injustice, it is our obligation to call it out."

At the time, the King County Labor Council passed a resolution calling on SPOG to affirm "that racism is a structural problem in our society and in law enforcement." The King County Labor Council also asked SPOG to partake in "a labor working space dedicated to promoting safety in our community and within law enforcement by addressing racism within SPOG."

If those conditions were unmet by June 17, the King County Labor Council planned to reconvene.

"As a labor movement, we acknowledge that institutional racism exists within our organizations and we must work to dismantle these racist systems," Nicole Grant, executive secretary-treasurer of the labor council, said in a statement. "We invite our fellow union members at the Seattle Police Department into our shared work of fighting racism within labor and in our society."

According to an open letter penned by SPOG President Mike Solan, published after the Wednesday vote, the move was "deeply disappointing and concerning." Solan claims that the SPOG "addressed" the demands from the council.

Seattle Police Officers Guild members are high‐caliber individuals who swore an oath of service. The job of policing is a calling that not many can do. We are willing to risk our lives to save others; while others run from danger, we run toward it. As the job becomes increasingly political and dangerous, I'm confident SPOG members will continue to serve professionally, for the betterment of our society.

Indeed, the move highlights the responsibility that the labor movement has when it comes to police unions, guilds and associations, who protect police in various ways — including keeping disciplinary records confidential and protecting corrupt cops from being fired or prosecuted. It also signals a shift in the labor movement, which appears to be taking a larger role in addressing racial injustice issues that are now prominent in American political discourse.

"Labor can play a critical role, along with our community and elected leaders, in redefining the role of law enforcement in our society by following the lead of our sisters and brothers in the broader community," Joe Mizrahi, secretary-treasurer of UFCW 21 and a member of the King County Labor Council's executive board, said in a statement. "The system of policing in our society is being demonstrated to be broken."

Historically, unions have been intrinsic to civil rights movements. Union contracts generally stipulate equal pay for union members, reducing the wage gap between white and non-white workers and men and women. As Bhaskar Sunkara noted in The Guardian:

While unions are unequivocally a good thing for civil rights, there are plenty of examples of unions being on the wrong side of history. As Salon writer Bob Hennelly wrote, during the Civil Rights movement, there were some unions that resisted integration.

Yet at this moment, racial equality and justice appear to be top of mind for unions across the country. Earlier this month, the Writers Guild of America East (in which Salon writers are unionized) called on AFL-CIO, the labor federation which represents them, to disaffiliate with the International Union of Police Associations.

"We also call on other member unions of the AFL-CIO that represent police officers to strongly consider whether those affiliations align with the goals of our labor movement," WGAE said in a statement. "We urge officers, staff, and leadership within these unions to commit to contracts that do not evade accountability, to do the work of eradicating racism within their ranks, and uphold their promise to serve and protect all people equally."