“The city of Phoenix cannot ignore that the mayor is, in fact, a criminal,” the protesters who was hit claims 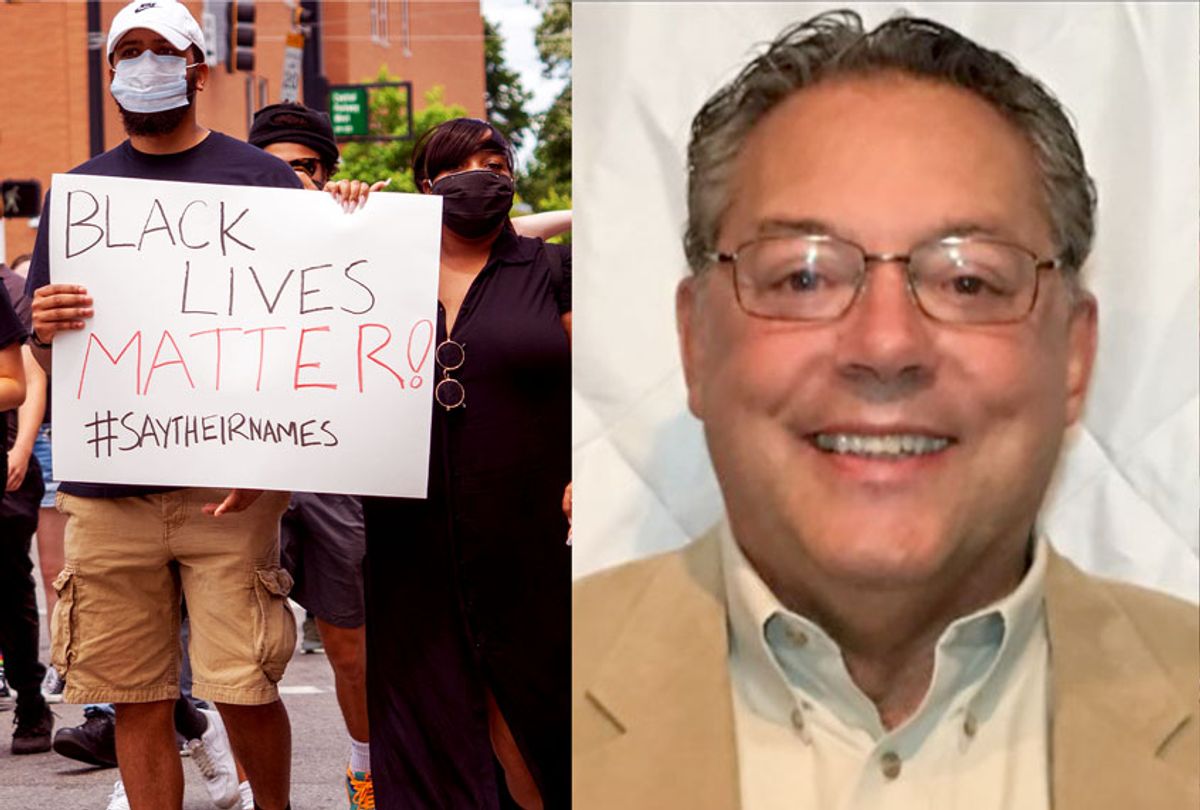 A city council meeting in Phoenix, Ore., grew contentious this week after Mayor Chris Luz was accused of being the man who drove into Black Lives Matter protesters earlier this month.

A video posted to YouTube shows the moment a man in a bright yellow car blared his horn and drove into protesters during a June 1 march in nearby Medford. The incident is one of at least 19 in which cars have driven into demonstrators nationwide at the protests against police brutality.

Medford police have opened a criminal investigation into the incident, Sgt. Jason Antley confirmed to The Washington Post.

Mikala Johnson, the protester hit by the vehicle, confronted Luz at a city council meeting on Monday. The Post reported that the meeting was "marred by armed militia members, who protesters complained were intimidating them outside the chambers."

"The city of Phoenix cannot ignore that the mayor is, in fact, a criminal. There is absolutely no excuse for the actions that you took that day, Chris," Johnson said, according to the report. "Chris, you assaulted me."

"The reason that we were protesting is that the police are not being policed. They are not being held accountable for the wrongdoings they are doing to the whole community, but especially to the black community," Johnson said at the meeting, according to local news outlets KTVL. "We saw a perfect example of people in power not being held accountable for their actions when the Mayor of Phoenix Chris Luz hit me with his car."

She described the incident, which was caught on camera.

"I noticed this yellow car accelerating towards us at a less than comfortable speed, so I decided to hold my sign up where he could see it," she said. "He then proceeds to drive his car right past me, hitting me with the front left of his vehicle and again with his side mirror. I couldn't believe this man would avoid slightly turning his wheel to not hit me. He then proceeded to try and drive through the crowd of peaceful protesters. That is when I decided to take out my phone and start recording and gather any information I could."

"I have it on video," Johnson said. "Stop shaking your head."

Trinity Arieeshaw Stewart, who said she organized the protest, also claimed that she watched Luz "ram his car through peaceful protesters" at the meeting.

"If any of you feel comfortable having someone up here that can incite that type of violence on peaceful people trying to stand for change, then you're just as bad as him," she said.

Several other protesters at the meeting corroborated the account.

During the meeting, some attendees also raised concerns that "militia members" were carrying rifles outside.

"There's a man standing outside with an M-16," one speaker, who was black, said. "Now imagine if me and 20 black men came and did that. You guys would be saying that's a threat."

Councilwoman Sarah Westover asked the council to condemn the armed people and ask them to leave.

"I'm going to ask if anybody is still open carrying, like open carrying a rifle outside — to respect our council, and to respect this is a pubic hearing and a public space where we welcome folks and we welcome comments — to please not do that," she said. "I'm a gun owner myself, but I think that this is not an appropriate place, and I think it's intimidating."

"You're asking a council to talk to open carry laws here in the city of Phoenix," Luz demurred. "It's a tall ask."

The council ultimately decided to ask the city's police chief to ask the armed individuals to leave and condemned their presence.

"I am completely disgusted that someone would show up here brandishing a firearm with who knows what intention," Councilman Stuart Warren said. "I think that is cowardly, and I absolutely will not accept it moving forward."

After the decision, Westover lit into Luz.

"Our mayor is supposed to be a community leader. I was at the protest de-escalating conflict, and he was there creating conflict," she said. "I can't believe the actions that you took, nudging teenagers with your car, intimidating and threatening them. I believe you were there on purpose, because I believe you wanted to start a fight with folks. I think this is unacceptable behavior, and I want to call on the mayor to resign tonight."

Luz did not respond to Westover's comments.

"Are you even going to apologize?" Warren asked, again to no avail.