An "extinction hotspot" in Appalachia 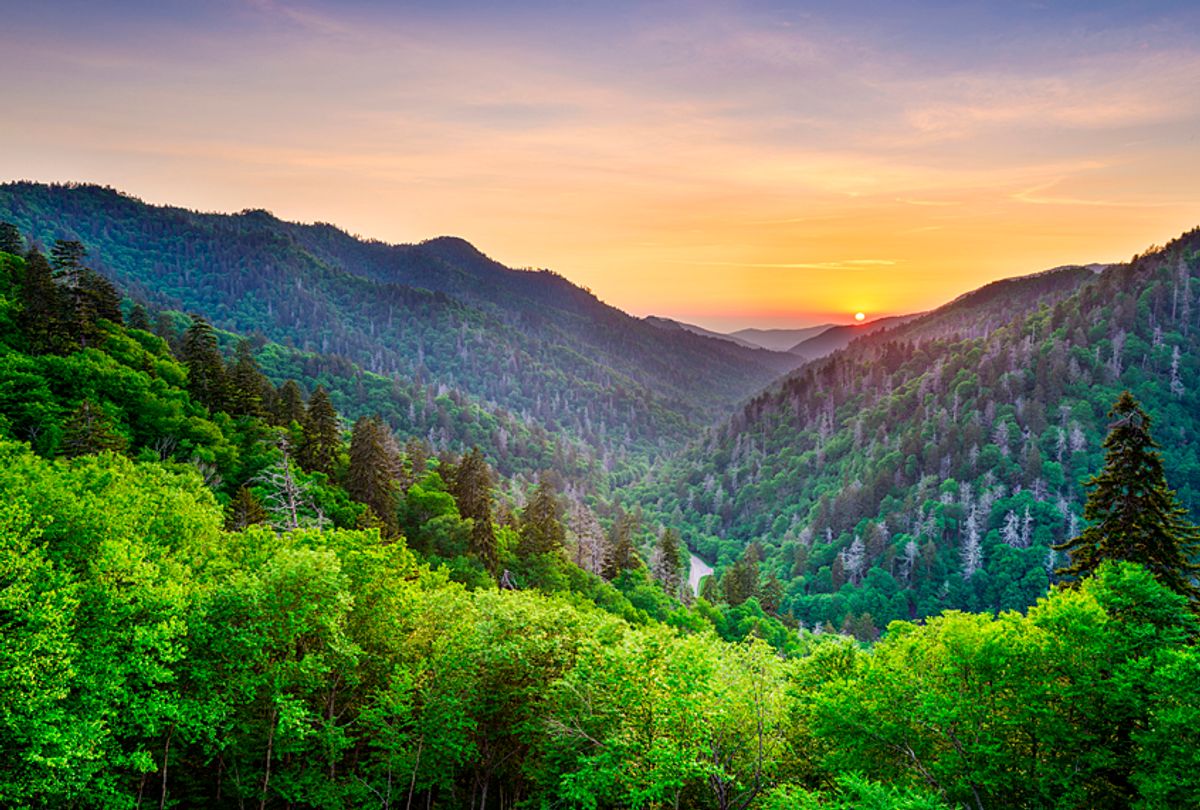 Botanist Wesley Knapp has a reputation for finding lost plants.

In 2016 Knapp's rediscovery of a rare Maryland flower called Solidago rupestris — last seen more than 100 years ago — resulted in headlines calling him "the Indiana Jones of botany."

Now Knapp has contributed to a new discovery — the identity of a plant species that's been hiding under experts' eyes and noses for decades.

It's probably been extinct for much of that time.

The lost plant, a three-foot-tall daisy called Marshallia grandiflora, grew in just two western North Carolina counties and hasn't been officially seen since 1933, according to a paper published this month in the journal Phytotaxa.

Knapp says people have looked for this plant for years with no luck, and it's something that would have been fairly easy to find at the right time of year. Grandiflora was (as you might guess from the name) "a showy plant, so it's not the kind of thing that most botanists would pass by when it was in flower," he says. 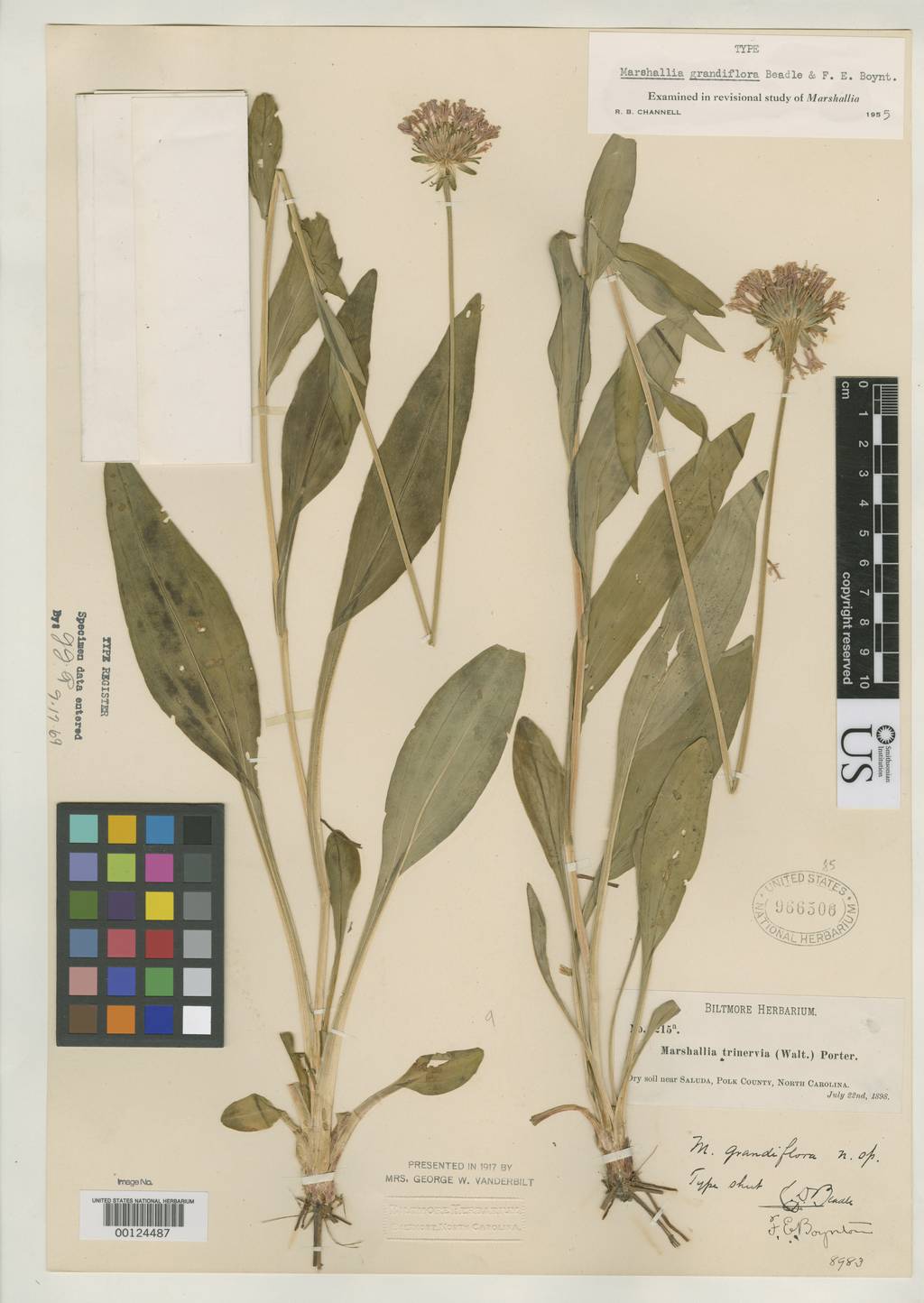 "That doesn't mean it's not out there," he's quick to add. "The phrase I like to use is 'presumably extinct.' I hope we're wrong. I hope somebody goes out and finds it, because it will immediately become a conservation priority."

In fact, Knapp and his coauthors say, the entire region may also need additional conservation attention. The paper calls Henderson and Polk counties, home to the presumably extinct M. grandiflora, "a previously unrecognized extinction hotspot" because two other plant species from the same region — Narthecium montanum and Orbexilum macrophyllum— have also gone extinct. The counties, Knapp says, have seen a lot of habitat degradation from agriculture and residential development, so there's not a lot of room left for lost plants to hide.

A new identity, an opportunity to protect

Knapp and his coauthors — Derick Poindexter and Alan Weakley of the University of North Carolina at Chapel Hill — say this species eluded scientific description for so long because it had been incorrectly lumped in with a more widely ranging Marshallia species, commonly known as large-flowered Barbara's buttons, which they've now renamed M. pulchra.

With too few botanists historically working to resolve confusing plant taxonomy, no one had ever noticed that the two species had noticeable differences in size and shape until Knapp commented that museum specimens of plants collected in North Carolina looked quite a bit larger than plants he'd seen in the field in other states.

The wider-ranging species has, for several years, been under review for protection under the federal Endangered Species Act, and is already listed as endangered on the state level in Kentucky, Maryland, Pennsylvania and Tennessee. With the North Carolina plants now considered their own species, the authors say the renamed M. pulchra may have an even smaller population than previously realized and require conservation. They recommend it be placed on the IUCN Red List of Threatened Species as "vulnerable to extinction."

They also recommend a third Marshallia species, M. legrandii, be listed as critically endangered. It's known from just two sites in North Carolina and Virginia, with a total habitat under 4 square miles.

Although scientists are always cautious about declaring a species extinct, Weakley, the director of the UNC-CH Herbarium, calls the probable loss of M. grandiflora "a sad, likely truth. The chance to find it again seems low, maybe very low."

But he also calls it "a kick in the pants — you know, a motivation." He says North Carolina and the rest of the American Southeast remain rich in biodiversity, much of which is still being identified and named — even while the threats to these species increase.

"We're behind the curve," he says. "We still have a lot of novelties that are being discovered. Almost 500 vascular plant species, flowering plants, have been named in the southeastern United States over the last 50 years. That's almost 10% of the flora, and most of those are specialized species in limited habitats."

That makes them in need of greater attention. "A lot of these new species are super, super rare," he says. "They're actually more deserving of federal endangered status than many of the species that are actually on the list. And yet because of how broken the federal listing process is, they don't get listed. I think we just need to document all of these species — the ones that haven't been described and the populations of the ones that have been described — and really make the case for appropriate conservation and legal listing status for them."

That could be easier said than done.

"The job has become increasingly difficult," says Poindexter. "The plants that we're working on are often cryptic, local endemics. The larger, more charismatic plants have already been done as low-hanging fruit. We're dealing with the really hard questions now."

Answering those questions about which species to protect might start with additional searches for M. grandiflora or protecting what little of its historic range remains.

"Let's go look at any remaining habitat that we think might be there," Weakley says. "Let's try to identify that habitat, let's survey it. And let's use this as a reminder that we're letting species go extinct on our watch. Let's do our damnedest to prevent that from happening."