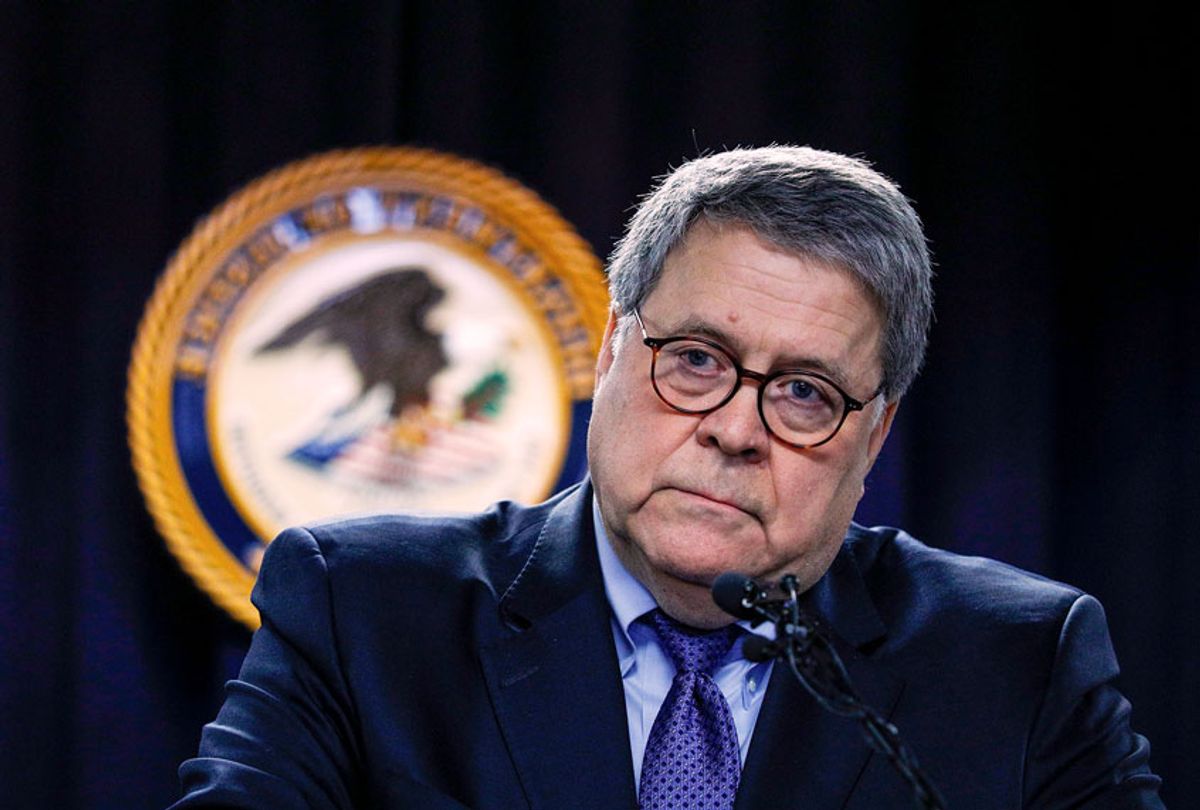 Attorney General Bill Barr apparently thought he could buffalo U.S. Attorney Geoffrey Berman out of job, but the lead federal prosecutor in the Southern District of New York is refusing to go down without a fight.

In a surprise Friday night news dump, Barr announced — falsely — that Berman would be "stepping down" from his post. He was to be replaced by Jay Clayton, the chairman of the Securities and Exchange Commission, who many noted has not served as a prosecutor before, Barr said. Before Clayton could be confirmed by the Senate, Barr intended to have the current U.S, Attorney for the District of New Jersey Craig Carpenito serve in an acting capacity in Berman's position.

"Finally, I thank Geoffrey Berman, who is stepping down after two-and-a-half years of service as United States Attorney for the Southern District of New York," Barr said in a statement. "With tenacity and savvy, Geoff has done an excellent job leading one of our nation's most significant U.S. Attorney's Offices, achieving many successes on consequential civil and criminal matters.  I appreciate his service to the Department of Justice and our nation, and I wish him well in the future."

But shortly after Barr broke this startling and suspicious news, Berman came out and directly contradicted the attorney general in an aggressively confrontational statement.

Berman said he only learned of the news via Barr's press release — and that it's not true.

"I have not resigned, and have no intention of resigning, my position, to which I was appointed by the Judges of the United States District Court for the Southern District of New York," Berman said in a statement. "I will step down when a presidentially appointed nominee is confirmed by the Senate. Until then, our investigations will move forward without delay or interruption. I cherish every day that I work with the men and women of this Office to pursue justice without fear or favor — and intend to ensure that this Office's important cases continue unimpeded."

This was a dramatic shot across the bow for three reasons.

First, it's always a high-stakes situation when a subordinate directly contradicts their superior's public statements — even more so when the statement is about their own position. Berman is, in essence, calling Barr a liar. It seems Barr thought he could push Berman out by sheer bravado, but Berman is showing remarkable fortitude.

Second, Berman is setting up a power struggle for control of SDNY with potential constitutional implications. His claim is that because he was appointed by a judge to fill a vacancy at SDNY, Barr can't simply force him out; he can only be forced out when the Senate approves a presidential nominee.

It's not clear if that's the case. But law professor Steve Vladeck noted on Twitter that, under the most natural reading of the relevant law, Berman's interpretation seems plausible:

Berman is the Acting U.S. Attorney by dint of a *judicial* appointment.

There's a pretty good argument that, per the plain language of 28 U.S.C. § 546(d), he gets to keep serving in that post until the *vacancy* is filled (through Senate confirmation of a permanent successor). pic.twitter.com/xeRpvMRHWN

Barr almost certainly disagrees with this view, however, given his understanding of executive branch power. Law professor Marty Lederman noted that the Justice Department Office of Legal Counsel believes the president himself would have the authority to fire Berman, but not Barr:

So what happens when it's unclear who has authority over SDNY?

Third, and perhaps most importantly, Berman's repeated reference to his cases, and preserving their integrity, suggests that he believes he is being forced out in order to interfere with an ongoing investigation. We know SDNY has investigated President Donald Trump's conduct and allies in the past, including Michael Cohen and Rudy Giuliani. Giuliani's associates — who also have ties directly to Trump — Lev Parnas and Igor Fruman are currently under indictment from the office. This all raises the disturbing prospect that Barr might be trying to push Berman out because his office has uncovered damaging information pertaining to the president.