“Kayleigh, you’re saying he was not furious? Because we’ve known Donald Trump. He was on this show every Monday" 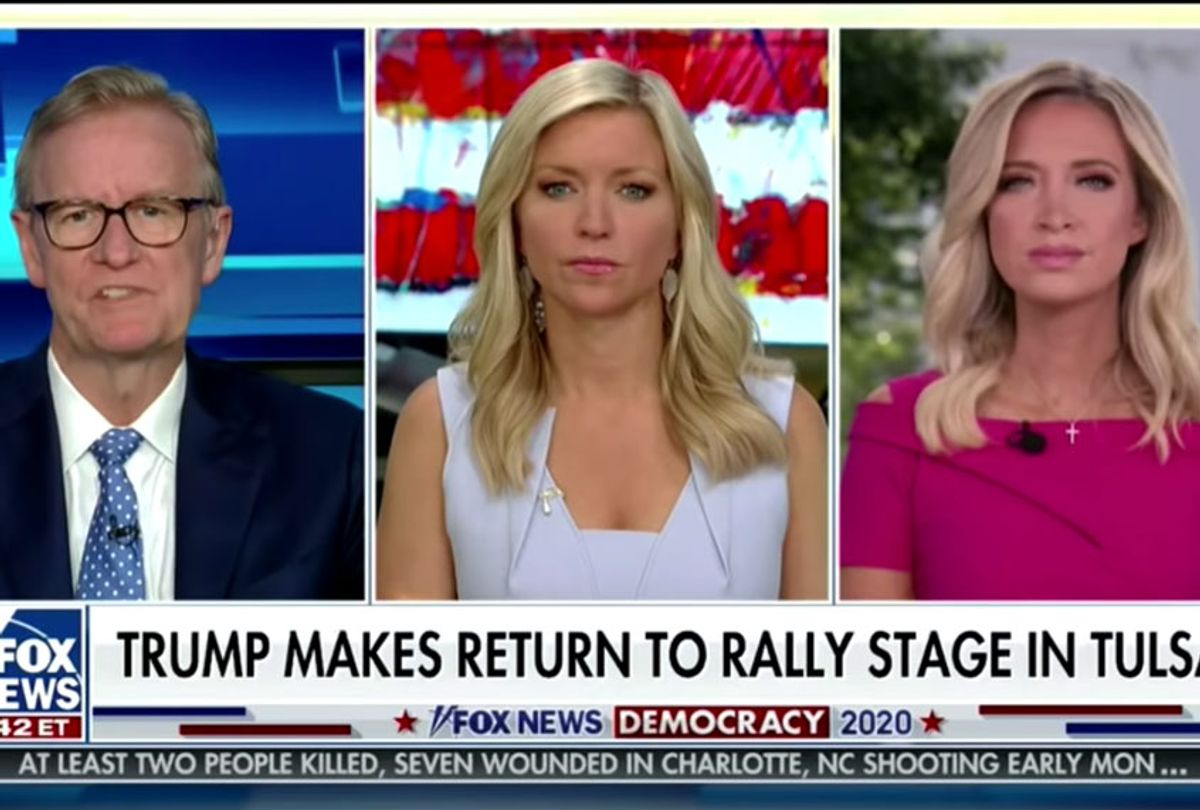 White House Press Secretary Kayleigh McEnany on Monday insisted that President Donald Trump was "energized" by the low turnout at his rally in Tulsa on Saturday.

"There was some suggestions that up to a million people did register for it and then in the end I think the official count from the fire department was something like 6,500," Fox News host Steve Doocy told McEnany. "Then there were reports that teenagers on TikTok or fans of K-pop, which is Korean pop music, may have sabotaged the rally."

"My question to you, Kayleigh, is how angry was the president that there was just a sea of blue empty chairs?" the Fox News host asked.

"The president was not angry at all," McEnany replied. "The president was quite energized. I was with him after the rally. It was a huge success. His speech got rave reviews. He was in good spirits on Marine One."

"He was in a great mood, it was a great night and there was a lot to celebrate," she added.

"Kayleigh, you're saying he was not furious?" Doocy countered. "Because we've known Donald Trump. He was on this show every Monday for years. That guy who used to be on our show would have been furious that something went haywire."

McEnany once again claimed that the president "was in very good spirits" after the rally.

"He's in his best mood when he gets to speak directly to the American people because that's what he loves," she opined.