Huckabee: "Crazy people" who want to remove statues of "white" Jesus are "trying to erase history" 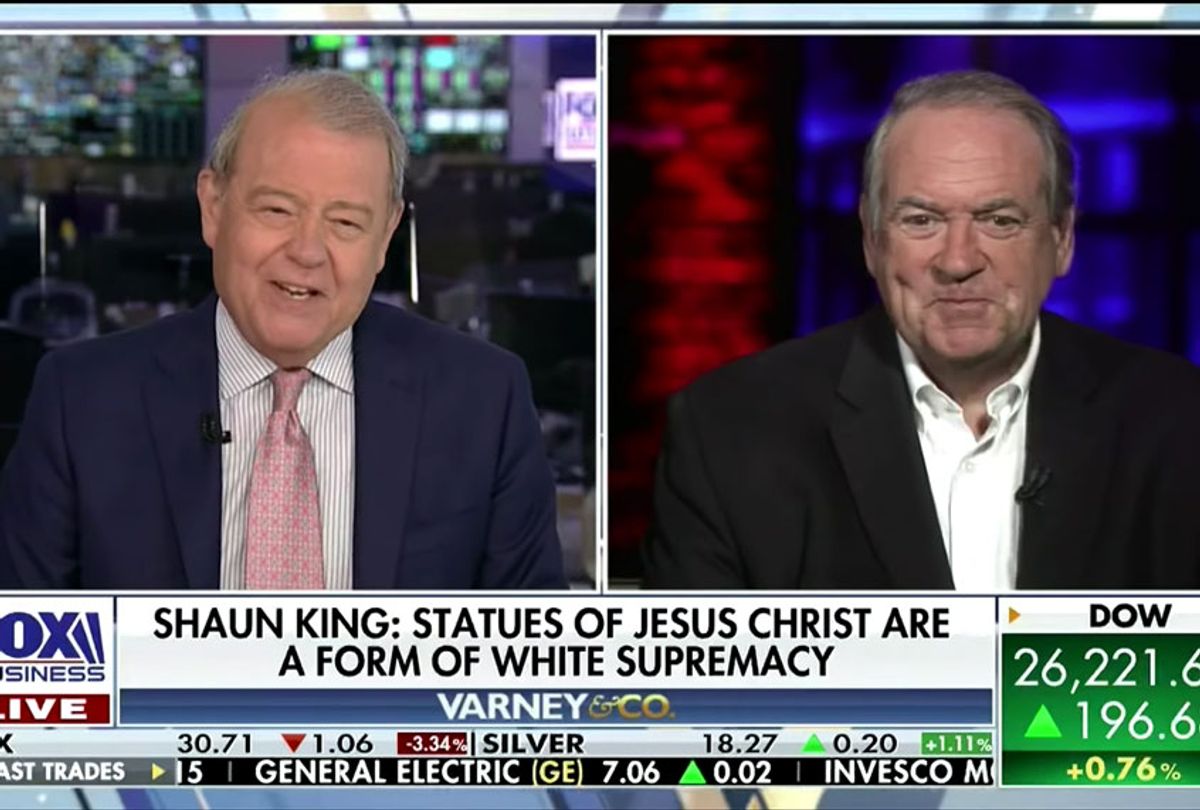 During a discussion on Fox Business, host Stuart Varney was taken aback by a tweet from activist Shaun King, who argued: "The statues of the white European they claim is Jesus should also come down."

"I can barely believe this," Varney said. "Look, I'm not happy when I hear this nonsense."

"The only thing that you can do is to laugh at these loons," Huckabee replied. "First of all, what an idiotic thing we're seeing going on all over the world with people tearing down every kind of statue."

"They defaced a statue of Stevie Ray Vaughn!" he exclaimed. "This has gone beyond anything that we can imagine."

According to Huckabee, the "real challenge" facing the world is "a culture that doesn't understand its history."

"If you and I woke up tomorrow and had no clue what our names were, where we'd been to school, who our friends and family were, we'd be lost and we would be living in a world of chaos," he opined. "When a culture doesn't know its history, it's living in chaos."

Huckabee added: "We don't know our history, we're living in chaos. And these crazy people on the left are now becoming like Islamic terrorists destroying every last vestige or art and culture and trying to erase history, even the part of it that we ought to embrace."