What the Trump campaign is up to on YouTube? (Hint: It involves aliens, Bin Laden and Ivanka)

Mostly stymied from holding his mass rallies, Trump is turning to a different part of the internet 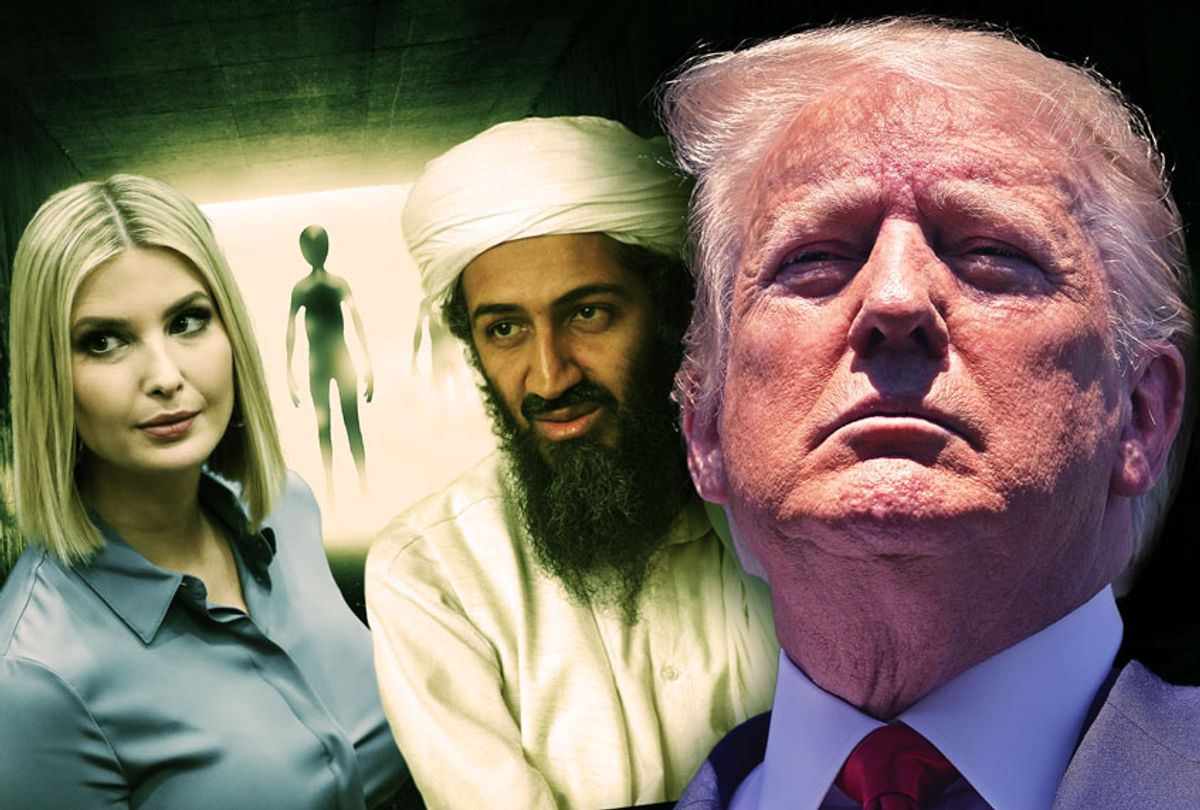 Donald Trump is famous — and infamous — for his use of Twitter and Facebook. But particularly since the pandemic forced him to largely swear off his favorite mass, in-person rallies, his campaign has been amping up the use of another form of alternative media: YouTube and podcasts.

The president's most recent sit-down interview? As it happens, it occurred last week on "Triggered," a YouTube program hosted by his namesake son. In a conversation in the White House's map room, Trump Jr. quizzed his dad about everything from who his favorite child is to whether aliens exist — to a Fox News report that Osama bin Laden wanted to assassinate President Barack Obama so that Joe Biden would ascend to the presidency.

This was no ordinary campaign video, nor was it a random question, this week's episode of "Trump, Inc." makes clear. "Triggered" followed the exchange about bin Laden with a campaign ad that repeated the same point, showing how closely the program's conversations are tied in with campaign talking points. "Trump, Inc." explores the Trump campaign's universe of podcasts and YouTube shows, which has expanded since the coronavirus began locking down huge swaths of the country. (The campaign did not respond to requests for comment.)

Sure, every major candidate has a podcast. Hillary Clinton had one. Biden has one, though it hasn't been updated since mid-May. But unlike those dutiful and largely ignored offerings, "Triggered" is part of a growing constellation of shows. There's the campaign's official podcast, hosted by Trump's daughter-in-law, Lara. (Kayleigh McEnany used to fill in occasionally as host before being promoted to White House press secretary.) And there's "The Right View." Just imagine "The View," conducted entirely on Zoom, if Meghan McCain was considered too liberal to be on the panel and if no one ever disagreed. The programs have combined to create something of a Trump media network, one that takes the president's bellicose messaging and transports it to an environment of family, friendship and banter.

People are starting to pay attention. Nightly programming of the unofficial Trump Network reaches upward of a million viewers each week. It's a realm dedicated to reinforcing even the president's most incendiary ideas — with no pushback, skepticism or difference of opinion.

To learn more about how the programs lay out their views of everything from bin Laden assassination plots to the controversy over vote by mail, listen to this week's episode of "Trump, Inc."

This story was co-published with WNYC.