Here’s what climate change means for wildfires in the West 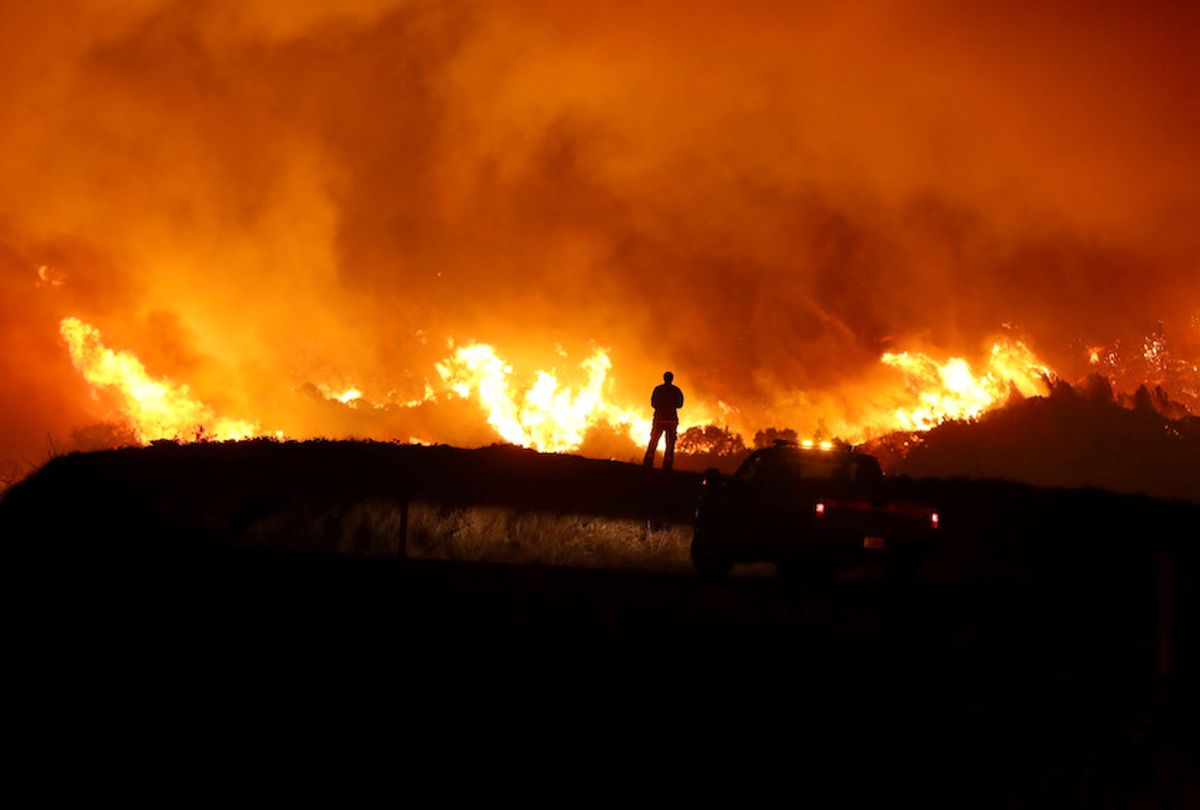 Exploding saguaros in Arizona have signaled an ominous start to wildfire season. The Big Horn Fire outside of Tucson — just one of dozens of blazes underway across western states — has grown to more than 52,000 acres and may have killed at least 2,000 slow-growing saguaros, which usually don't burn.

Western states have seen an increase in large fires in recent years, sometimes with devastating losses of human life and massive economic damages.

While there are numerous factors that can lead to increased wildfire risk, a growing body of scientific evidence finds that climate change is a wildfire "threat multiplier," amplifying both natural and human risk factors.

But how climate will influence western communities and ecosystems varies considerably. Two recent studies in California and the Pacific Northwest help to bring some of this into better focus.

Climate change is already making the conditions in California that fuel wildfires even worse, according to a recent study published in Environmental Research Letters and led by Stanford University scientist Michael Goss and six other researchers.

They found that since the 1980s autumn temperatures have increased by nearly 2 degrees Fahrenheit, while precipitation fell by 30%. The combination has meant a doubling in the number of days with extreme fire weather conditions in the fall.

Stretching the fire season into the later months of fall is especially dangerous because grasslands and forests are tinder dry at that time of year, and strong seasonal winds kick up — known as "Diablo" in Northern California and "Santa Ana" in Southern California.

Autumn wind-driven wildfires in the state in 2017 and 2018 caused the most deadly and destructive wildfires in its history, with 150 lives lost, 30,000 structures burned, and estimated economic losses topping $40 billion.

Worse still, researchers have found that both the north and south parts of the state are likely to face these threats at the same time, as occurred in November 2018 when the Camp Fire ripped through Paradise in the Northern California Sierra foothills and the Woolsey Fire erupted outside Los Angeles. That means the state could find itself short on necessary resources to combat large blazes simultaneously.

Fire regimes are changing in the Pacific Northwest, too, although seasonal winds aren't the biggest factor there.

Washington saw its largest wildfire in 2014, Oregon in 2017. In 2015 the temperate rainforest of the Olympic peninsula had a rare wildfire. And in another unlikely occurrence, an area of southwestern Washington burned three times between 2008 and 2015.

What does the future hold for the region?

A study in Fire Ecology, by Jessica E. Halofsky of the U.S. Forest Service and David L. Peterson and Brian J. Harvey of the University of Washington, looked at how climate change will affect wildfires across the Pacific Northwest states of Washington, Oregon, Idaho and western Montana.

While the researchers conclude that climate change will increase fire risk across the region, it won't happen uniformly. The biggest determinant has to do with ecology.

Areas likely to fare best contain moist, coniferous forests dominated by Douglas fir and western hemlocks, such as those found on the western side of the Cascades in Oregon and Washington. Fire frequency there could increase some, but the fires aren't likely to grow in size.

The next best-positioned sites are high-elevation forests, such as those dominated by mountain hemlock and lodgepole pine, which are likely to see an increase in frequency and a slight increase in severity.

The greatest increase in the risk of larger and more frequent fires will be in low-elevation ponderosa forests found on the east side of the Cascades, the researchers found. This could mean increased fire risk in tens of thousands of miles of biodiversity-rich locations.

Since a key factor in driving larger and more severe fires is climate change, action is needed to curb greenhouse gas emissions. If we don't, the authors of the California-based study warn, we can expect conditions to get much worse.

"Our climate model analyses suggest that continued climate change will further amplify the number of days with extreme fire weather by the end of this century," they wrote. But action to curb climate change consistent with the U.N. Paris commitments "would substantially curb that increase."

And while the long-term plan should involve reducing greenhouse gases, other short-term options they cite that can help include "the use of prescribed burning to reduce fuel loads and improve ecosystem health, upgrades to emergency communications and response systems, community-level development of protective fire breaks and defensible space, and the adoption of new zoning rules and building codes to promote fire-resilient construction."

There are a number of variables that will affect wildfire risk in these and other regions, including how vegetation may change over the years because of wildfires. And, of course, it will depend on what we humans do (or don't) to change land-management policy, reduce ignitions and curb development in fire-prone areas.

But, they write, if we're serious about reducing the risk of wildfires in our future, "Scientists and managers can work together to implement an adaptive management framework and ensure that the best available science is used to inform management actions on the ground."