According to a report from Politico, Donald Trump is privately acknowledging that he is headed to defeat 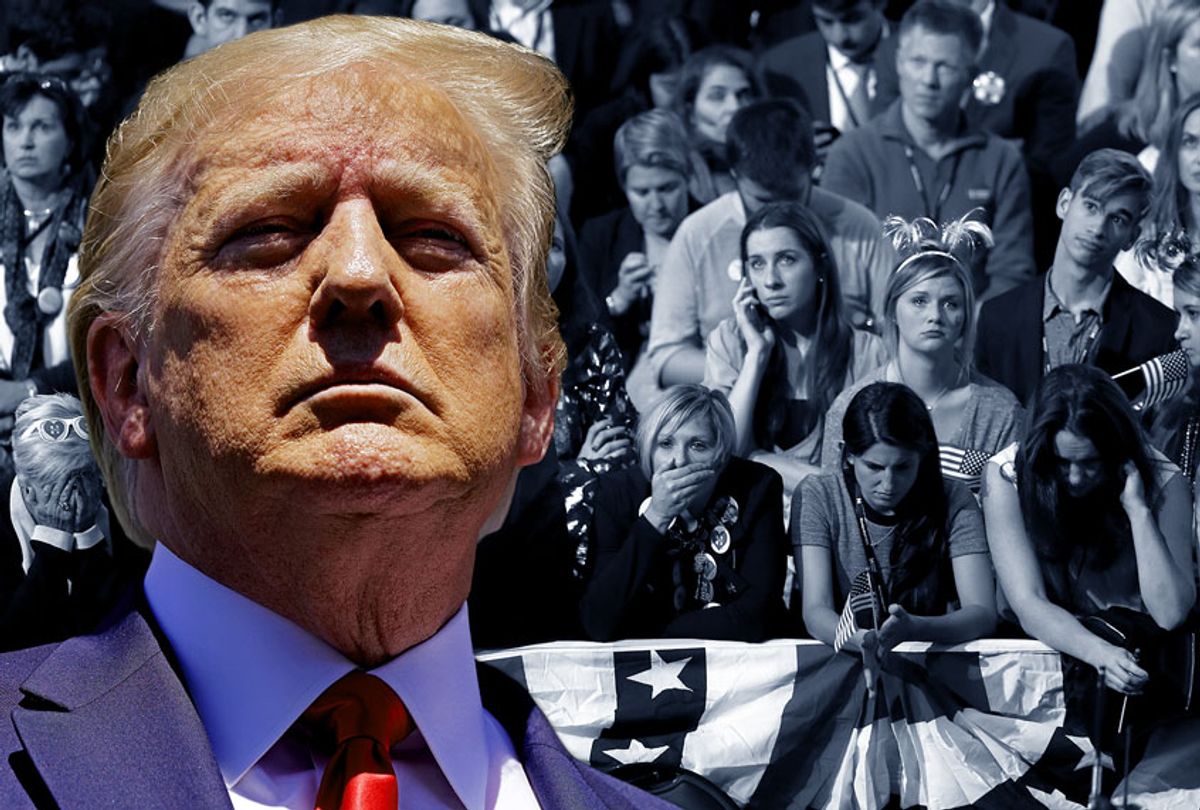 According to a report from Politico, Donald Trump is privately acknowledging that he is headed to defeat in November as his campaign is buffeted by polling showing him falling far behind expected Democratic opponent Joe Biden in critical states needed to secure his re-election.

In the week following a disastrous campaign rally in Tulsa before a sparse crowd, the president is being warned by allies that there doesn't seem to be a path to a second term after what aides term "the worst stretch of his presidency."

According to the report, the president's equally disastrous interview on Fox News with host Sean Hannity "horrified" close aides to the president.

"What should have been an easy interview with Fox News host Sean Hannity on Thursday horrified advisers when Trump offered a rambling, non-responsive answer to a simple question about his goals for a second term," Politico's Alex Isenstadt wrote. "In the same appearance, the normally self-assured president offered a tacit acknowledgment that he might lose when he said that Joe Biden is 'gonna be your president because some people don't love me, maybe.'"

According to one prominent adviser to Trump who worked on the president's 2016 run, the prospects of a win in November is quickly moving out of reach.

"Under the current trajectory, President Trump is on the precipice of one of the worst electoral defeats in modern presidential elections and the worst historically for an incumbent president," explained former Trump adviser Sam Nunberg before adding that, should Trump's polling numbers collapse further, "He's going to be facing realistically a 400-plus electoral vote loss and the president would need to strongly reconsider whether he wants to continue to run as the Republican presidential nominee."

The report notes that the Trump 2020 campaign has taken steps to stem the bleeding by bringing back some previous advisors but Politico's Isenstadt wrote that it may be too little, too late.

"Those internal moves have done little to calm Republican jitters about the president's personal performance. Fox News host and Trump favorite Tucker Carlson issued a blunt warning on his show this week that the president 'could well lose this election.' South Carolina Sen. Lindsey Graham, another close Trump ally, told reporters that the president needs to make the race 'more about policy and less about your personality.'"