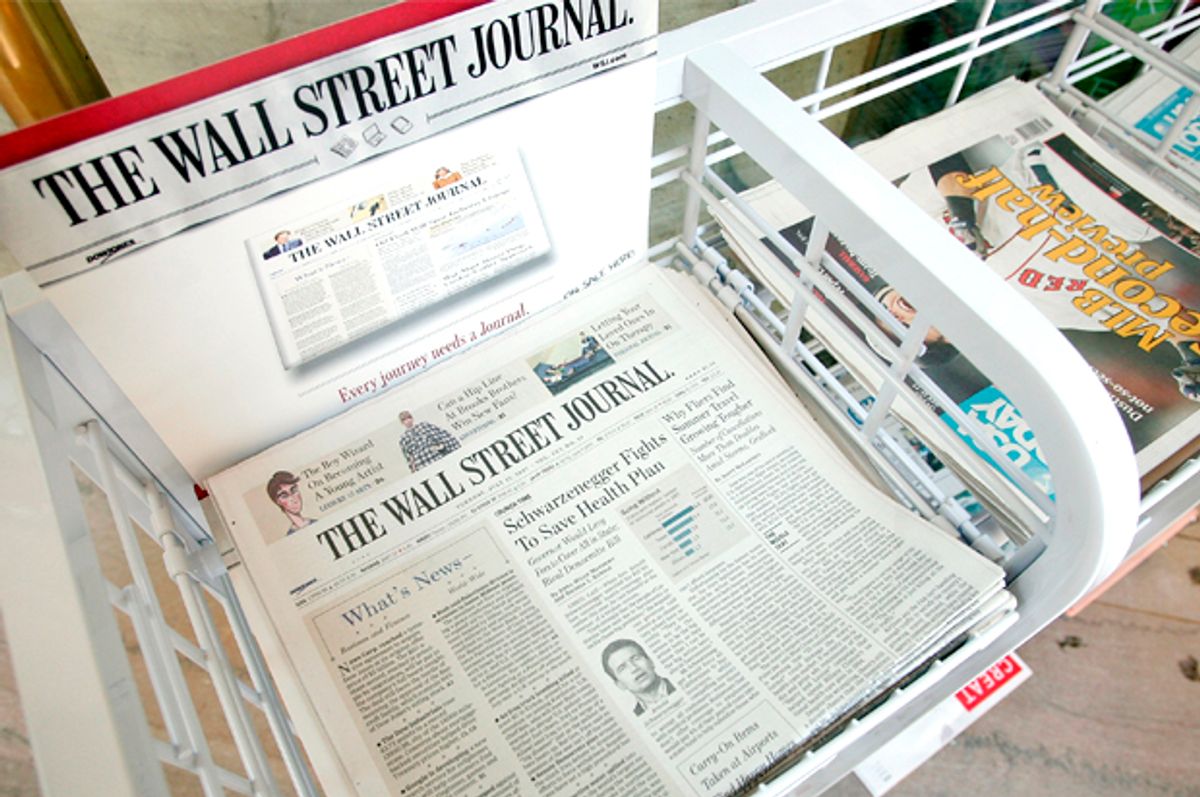 The conservative Wall Street Journal editorial board on Friday warned President Donald Trump that he is headed toward a "historic repudiation" at the ballot box this November against former Vice President Joe Biden.

In a stinging op-ed, the editors argue that the president has failed to articulate a message for his second term in office, and has instead chosen to rail against his own personal grievances.

This course of action, they argue, has left Trump with his Fox News-loving base and almost no one else.

"Mr. Trump's base of 35 percent or so will never leave, but the swing voters who stood by him for three and half years has fallen away in the last two months," they write. "This includes suburban women, independents, and seniors who took a risk on him in 2016 as an outsider who would shake things up. Now millions of Americans are close to deciding that four more years are more risk than they can stand."

The editors advise Trump that there's still time to get his act together, but warn that time is running short.

"He should understand that he is headed for a defeat that will reward all of those who schemed against him in 2016," they conclude. "Worse, he will have let down the 63 million Americans who sent him to the White House by losing, of all people, to 'Sleepy Joe.'"