The shocking number of snakes traded internationally each year 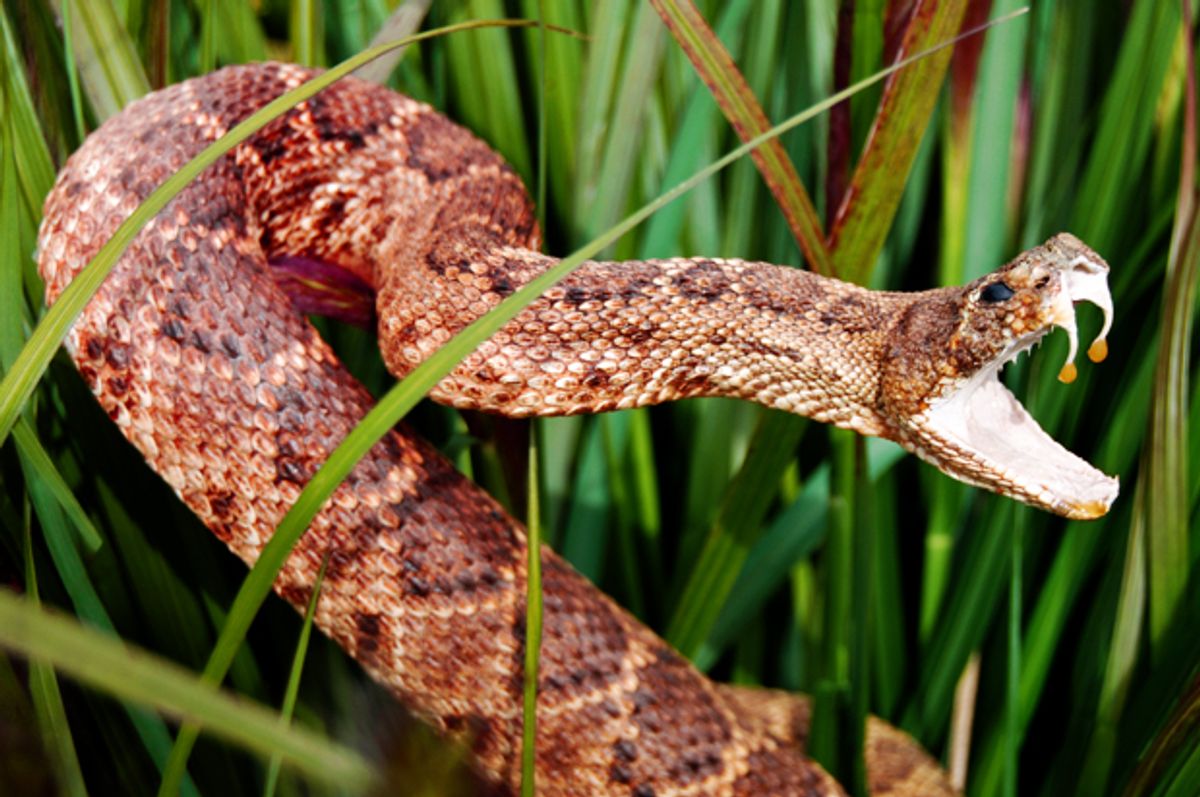 Nearly a million endangered and threatened snakes are legally sold on the international market each year, on average — but that's just the tip of the iceberg compared to the total number of living and dead snakes shipped around the world, according to researchers and other experts.

The trade not only puts many snake species at risk but also poses a potential danger to human health and even entire ecosystems, says Fleur Hierink, a researcher with the Institute of Global Health at the University of Geneva.

"The trade in live, venomous snakes can potentially contribute to increased risks of snakebite among catchers, traders and owners, and might have an effect on conservation through the introduction of alien species," says Hierink.

To quantify that risk, especially concerning human health, Hierink and her collaborators examined 44 years of snake-trade records, covering an important subset of data from 1975 through 2018. The data was accessed through a database maintained by the Convention on Trade in Endangered Species, the international body which regulates the trade in threatened plants and animals.

The results, published in June in the journal Biological Conservation, calculated that 6.2 million CITES-listed live snakes were traded during that period, along with 34.5 million snake skins (either whole or processed into products such as handbags and belts). The trade also included more than 48,000 snake bodies, and hundreds of skulls, heads and other body parts.

The numbers, though striking, only cover a portion of the trade.

The snake species counted came from what's known as CITES Appendix II, which restricts trade for "species not necessarily threatened with extinction, but in which trade must be controlled in order to avoid utilization incompatible with their survival." Not every endangered species is protected on the CITES level, although new species are added regularly following what can often be hotly contested meetings.

That means the study includes data about just 164 snake species — out of around 3,700 known snake species — so a lot of other legal and illegal trade isn't reflected in that already-high number.

Still, the data reveals some trends about where snakes are collected and sold, and that, in turn, can help us understand more about the big picture and the risks it creates.

"Having a better understanding of trade flows in wild-caught, live venomous snakes for example, increases our understanding of potential exposure to snakebite risk among catchers, traders, and owners," Hierink says. "Additionally, following the movement of non-native snake species gives us insight into the potential introduction of alien species, pathogens and disease vectors, which can have implications for conservation and public health."

The researchers say their paper provides the first snapshot of the worldwide snake trade.

Snakes, they found, get shipped around the world, with China and the United States receiving the most imports of CITES-listed species. In addition to leather goods, the U.S. imported more than 3 million live snakes.

The most heavily traded species in the database were pythons — mostly reticulated pythons (Python reticulatus) and ball pythons (P. regius) — which represented nearly half the trade. Pythons are highly valued for their skins, so much of that trade was in various leather goods. In addition, nearly 4 million live pythons were also shipped during the 44-year period (although many for were destined for slaughter in the importing countries).

The most commonly traded venomous species in the CITES database included Indonesian and Indian cobras (Naja sputatrix and N. naja) and Russell's vipers (Daboia russelii). "The large majority of live venomous snakes were traded within Southeast Asia, where they were mainly harvested from the wild," Hierink says. "This shows a potential increased risk of snakebite in Southeast Asian countries where snake-catching and trade may contribute to the livelihoods of poor communities."

And although the researchers say captive-bred snakes have become increasingly prevalent in the trade, the data shows that more than 60% of the snakes traded between 2015 and 2017 still came from wild populations, according to CITES records.

The data is also notable for what it doesn't show — most obviously the snake species that are not regulated and tracked by CITES.

"There are many snake species not listed in CITES that are in international trade," says Richard Thomas, head of communications for TRAFFIC, an international organization that monitors wildlife trade. "Those of current greatest concern would be species that have been assessed as at risk of extinction because of declining populations, with international trade considered a potential threat, although they are not listed in the Convention." He points to several endangered or threatened species — the Sichuan rat snake (Euprepiophis perlacea), Moellendorff's trinket snake (Orthriophis moellendorfi) and Truong Son pit viper (Viridovipera truongsonensis) — as heavily traded examples.

And then there are the species that aren't endangered, like the puff-faced water snake (Homalopsis buccata) of Southeast Asia, which is also heavily traded. "Between 2010-2018, 3.1 million skins and 32,000-plus live snakes were reported as imported into the EU," says Willow Outhwaite, a program officer for TRAFFIC. This data is in the CITES trade database, but the species itself isn't regulated by CITES, so it wasn't included in the current study.

Then, in keeping with the paper's main theme, there's a human-health angle. The World Health Organization lists about 200 snake species as "medicinally important," either because they can harm or kill people or because they can be used for antivenom production. Only 18 of those are regulated by CITES, Hierink says. "This leaves many dangerous snake species for which we have no idea on the extent of their trade."

The data from the CITES database also differ widely from the information collected by importing and exporting countries, each of which have different rules, standards and data-collection methods.

That difference in methodology is more common than you'd think.

"As soon as you start delving into CITES trade data, you start finding discrepancies over the figures exporters give and those given by importers," says Thomas. "Often there's perfectly plausible explanations as to why, but there are huge strides that could and should be taken to improve the accuracy and comparability of CITES trade data. One of the simplest would be to ensure the same units are used." Exporters, he says, sometimes report the quantity of animals in a shipment, only to have importers track shipments by weight.

Technology — or lack of it — is also an issue, Thomas says. "It seems astonishing in this day and age that it took until earlier this year for a CITES Party — Sri Lanka — to become the first to introduce electronic permitting. Not only would universal use of such systems enhance reporting enormously, they also have the potential to help detect and curb permitting fraud and corruption."

Despite the data's limitations, both Hierink and Thomas encouraged other researchers to take additional deep dives into the CITES database to get a better picture of wildlife trade.

More bites in a pandemic world

Although the paper covers all CITES-listed snakes, the impetus behind it was needing to understand the global shipping of venomous snakes. Research it cites found that snake bites, though still relatively rare, have increased in recent years, possibly due to internet sales easing the barriers to snake ownership.

Beyond the primary venomous threat, the paper mentions, but doesn't really get into, the risk some snakes pose as invasive species — Burmese pythons released in Florida have devastated native species, for example.

It similarly only briefly addresses how snakes can spread disease, such as the virus that causes a particularly nasty condition in pythons and boas called inclusion body disease. Pet snakes have been shown to transmit this virus to wild populations.

That element of the trade seems more relevant in our coronavirus world.

"Wildlife trade got a whole new meaning after the onset of the global COVID-19 pandemic," acknowledges Hierink. Their paper was submitted prior to the outbreak.

"An interesting angle for future research could be to analyze the global trade of mammal species that have the potential to harbor a high proportion of zoonotic viruses," she suggests.

But the paper still illustrates both threats and opportunities. "Since our world is getting more and more connected, borders do not protect us from the introduction of public health and conservation risks that are not native to our countries," she says.

She adds that stricter monitoring and data analysis — like that conducted for this paper — could help the planet to better anticipate and identify disease risks posed by the wildlife trade.

"The devil is in the detail," says Thomas. "The more you can delve down into solid data to find out what's really going on, the more you'll be able to understand where things are going wrong. Knowledge is power."