The video social media platform has its own "Cop TikTok" subculture 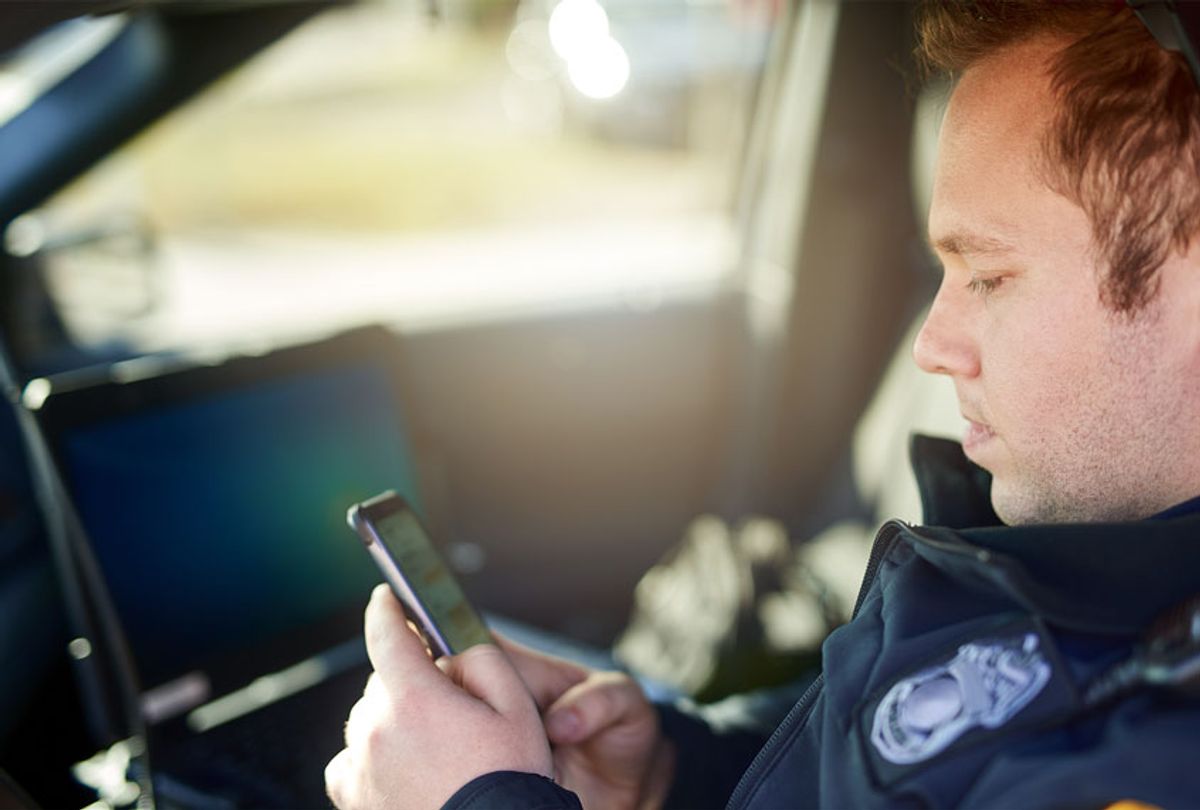 To the tune of Flo Rida's 2007 club hit "Low," Deputy Sheriff David Whitzel (@deputywhitzel on TikTok) walks up the steps to his home after a long day at work. His uniform vest reads "sheriff" in big yellow letters; his six-pointed sheriff star shines right above his embroidered name. Whitzel smiles, revealing an assault rifle in his right hand. "There are a lot of good cops! Not all are bad… remember that," reads the caption, followed by a police car emoji. The date appears in a supertitle: May 28, three days after George Floyd's murder.

Whitzel's video is exemplary of "Cop TikTok," a popular subculture on the nascent video-centric social media platform akin to a revamped version of the now-defunct Vine. TikTok lets users upload videos of up to 60 seconds and edit them as they please with music, text and creative tools. As it has grown popular, it has also grown more politicized, too — and as with other social media platforms, it has been enlisted as a propaganda tool in the culture wars.

Unlike Deputy Sheriff Whitzel, many TikTok cops opt for more direct ways to convey their pro-cop message. Deputy Tim Davis (@k9marek) of Knox County, TN, decided that wearing his uniform and delivering a monologue using his phone's front camera would be enough. Davis peppers his videos with hashtags that will allow both the pro-cop and anti-police brutality crowd to discover him: #alllivesmatter, #blacklivesmatter, #endracism, #nojusticenopeace, #copsoftiktok. "I'm not a racist cop," he says after complaining about the number of "nasty looks" he received at Sam's Club while in uniform. "I hate racism. Yes, Black lives matter. All lives matter," he says. "People are humans, regardless of race, color, creed, religion, whatever you want to call it. We're all human beings; we need to be treated like human beings."

Though stylistically different, Whitzel and Davis' videos have the same underlying narrative: many cops are good and innocent, undeserving of criticism. And apparently, there are infinite ways to tell the same story.

On June 6, Tara Mills, 23, was scrolling through her TikTok "For You" page when she found the video of a cop "thirst trapping" at a protest. In the video, a young officer smiles charmingly in front of a police car, nodding at protesters walking by. She decided to "duet" it — in TikTok parlance, reposting it next to a reaction video of herself — to call out the officer's behavior. "I was just so shocked that it would cross someone's mind that that was a good idea," she recalls of the police officer, who poses smiling next to a cop car while protesters stream by.

"For all you ladies out there," reads the supertext above the original video's frame, along with hashtags #blacklivesmatter, #peace, and #thankyou.

Mill notes that there is a prevalent group of police officers who use TikTok as an attention-getting tool. In another political epoch, that doesn't necessarily bother her. "That's fine, whatever, do what you want," she told Salon. But his timing — specifically, at a protest against police brutality — struck her as wrong. "It's beyond inappropriate and tone-deaf," as well as hypocritical, she says. "Two hours later after doing the kneeling with the protesters, and hugging the protesters, and thirst trapping, you're shooting out tear gas canisters," she adds. "And hitting people and their skulls with rubber bullets and beating them in the street."

Cop TikTok videos span the gamut from funny dancing bits to engaged political conversations. Many of them are just cops acting goofy and dancing, as if to say, "see? We're normal people just like you." The existence of such dancing cop videos feels a lot like propaganda, in that they serve as a red herring to real structural problems with police and policing.

Like most people denouncing copaganda and police officers' behavior on social media, Mills is aware the problem lies in incessantly trying, as a cop, to come out as unimpeachable. She references the acronym ACAB, short for "All Cops Are Bastards" — a pithy and oft-graffitied phrase that encapsulates the fundamentally oppressive nature of policing. "While I do personally stand with All Cops Are Bastards, that's not 'each individual cop is a bastard,'" Mills says. "Of course there are good cops. Of course there are. But I do think it's important for cops themselves to be speaking out on this matter."

When she saw Officer Bryson Lystrup's (@officernaenae) TikTok video denouncing the murderers of George Floyd, she thought that was a positive use of the platform. "One of the whole reasons we're here is because cops are systematically not reporting the crimes of other cops," she explains. "So it's important to have those people."

Lystrup's video depicts him in his uniform while delivering a speech about George Floyd's death. "That is not okay. And if you as a police officer can watch that video and not think something's wrong, you are part of this problem," he says. "You don't admit when somebody did something wrong simply because you're blinded by the police officer family."

To Officer Lystrup's words, Detroit-based musician and influencer Tray Little vigorously nods in agreement as he duets the video on TikTok. Before Lystrup's video came out, Tray Little was being attacked for siding against the police officers who killed George Floyd. "I felt kind of hurt. I felt uncharted because so many people were defending the police officer for the segments and [for] being a cop," he says. "So when I've seen an officer saying that that was wrong, it made me feel like 'okay, this is evidence.'" In Tray Little's eyes, though, a public accusation like Officer Lystrup's is helpful only if it promotes the discussion of systemic racism within the police force.

Classifying George Floyd's death as a singular hiccup in the history of policing goes hand in hand with TikTok cops promoting the "good officer" narrative.

It's the issue both Mills and Tray Little see with police officers kneeling on protest videos. "If a cop was to kneel, it would have to be a change of heart and it would be a moment to where he decided to stand against the harassment and police brutality," explains Tray Little. "I don't think it should be kneeling and trying to get trust from the media and from the community and then going on and doing the same thing."

"TikTok being one of the most powerful tools of social media, I feel like them pushing Black Lives Matter is very important to show that a corporate company as big as TikTok is standing behind the movements," says Tray Little. "It allows other people to feel like there's a strong foundation that they can stand on." But because of its easy accessibility and wide reach, such a social media platform can quickly become a slippery slope — and provide the tools to spread inaccurate messages.

The self-referential — and tone-deaf — attitude of many TikTok cops seems to be at the root of the platform's copaganda problem. Kneeling for the media, shifting attention to the "good cops," and victimizing police officers while failing to acknowledge the systemic problem of the police force is what makes the presence of these videos questionable. "They're not talking about policing," says Tray Little. "If they're officers who are actually teaching the laws and teaching the reasons why minorities are profiled [and] if they're willing to be honest and go against their own system, those should be the only reasons they're allowed to get on [TikTok] and talk about it."

"The internet is a free place to do whatever you will," says Mills, "and you're open to criticism for whatever you post." That's the power of platforms like these: user-generated clapbacks can overwhelm the propaganda.

Serena Tara is an Editorial Intern at Salon. Based in Brooklyn, NY, she is pursuing a Master's degree in Journalism at NYU and likes writing about music, culture and internet trends. Follow her on Twitter @serenatara_