Under Elaine Chao, the agency already is taking a more hands-off approach to complaints by air travelers 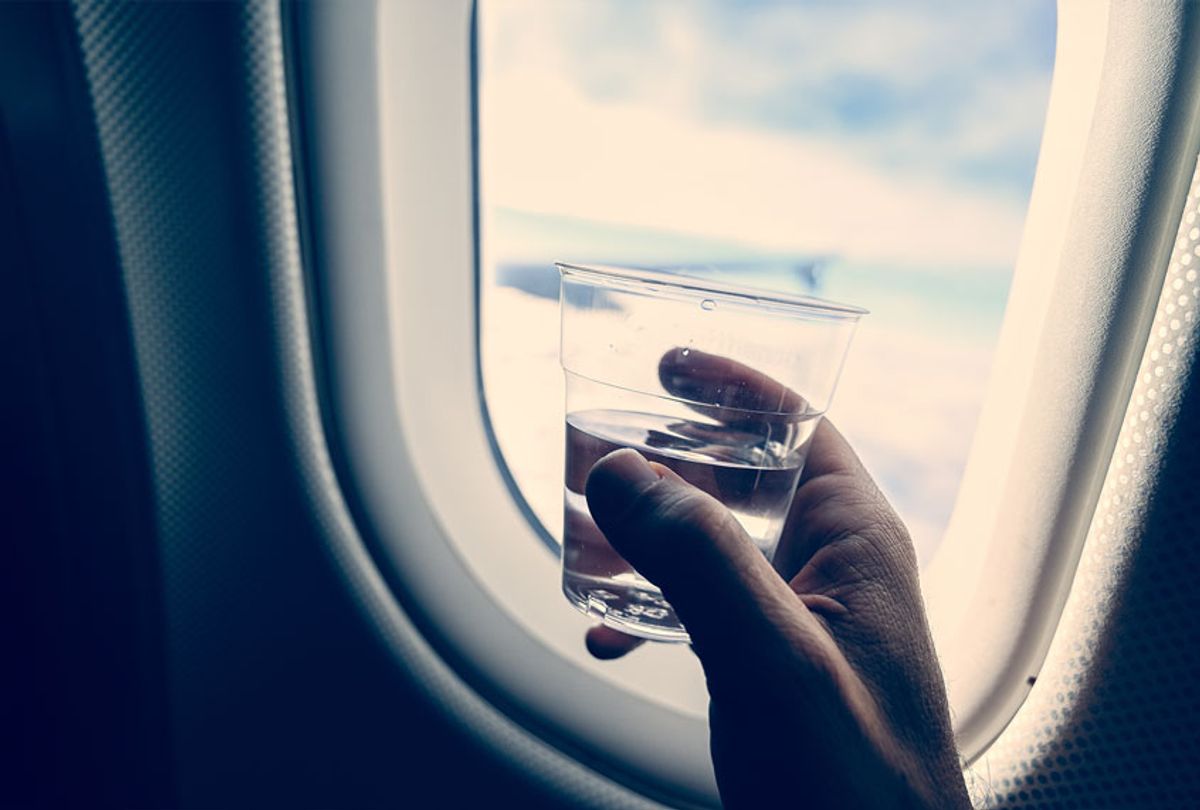 Man's hand holding a glass with transparent liquid (water or liquor), inside an airplane (Getty Images)
--

With enforcement against airlines for consumer violations already falling sharply, the Department of Transportation is pushing for a rule change that consumer groups and some lawmakers say would serve no other purpose than further protecting airlines from civil fines.

The proposed change, announced in February, would require the DOT to use a more rigid definition of "unfair and deceptive practices" when investigating consumer complaints against airlines. The rule would also allow airlines to call for additional hearings when defending complaints or when facing future regulations.

Under Transportation Secretary Elaine Chao, the agency already is taking a more hands-off approach to complaints by air travelers, with enforcement actions on a sharp downward trend. In 2019, the DOT's Aviation Consumer Protection Division issued eight enforcement orders against airlines, a record low and half as many as it issued the previous year, an agency database shows. The previous record low was nine enforcement orders, set in 2000, according to The Washington Post.

This year has also seen few cases, with three civil penalties imposed on airlines so far in 2020 totalling $850,000.

The DOT acknowledges in its proposal that it could be "performing fewer enforcement and rulemaking actions" under the rule. The agency credits Airlines for America, the lobbying organization that represents the nation's major airlines, for suggesting the change. The industry group had complained that it had been subject to aggressive regulatory activity over the years, even for "minor infractions, inadvertent errors, or isolated incidents," according to the DOT's summary of the request.

"The value of this proposal is that DOT will need to explain…the reasons why it believes a practice is 'unfair' or 'deceptive,'" Airlines for America said in a statement to FairWarning.

Few outside the industry would argue that airlines are being burdened by excessive regulations, especially with the free-for-all that has characterized air travel during the Covid-19 crisis.

In a June 10 letter to Chao blasting the proposal, Senators Edward Markey, Maria Cantwell, Tammy Baldwin and Richard Blumenthal, all Democrats, cited the recent decline in enforcement and thousands of consumer complaints since the onset of the coronavirus pandemic, many about airlines' refusal to pay refunds.

"Given these unprecedented and disturbing trends, it is difficult to understand how DOT can justify making it harder to protect consumers at this time," the letter said.

The lawmakers also cited the agency's failure to meet congressional directives in 2016 and 2018 to adopt new protections for airline workers and air travelers, including requirements to pay refund fees for delayed baggage and establish a minimum seat width. DOT has said it is still studying the issues.

DOT has not responded to the letter. But in a statement to FairWarning, it said the proposal "is intended to increase transparency, provide for robust public participation in rulemaking, and improve the quality of its enforcement and rulemaking procedures."

The proposal came under strong attack in public comments posted in the Federal Register. Rohit Chopra, a commissioner with the Federal Trade Commission, wrote that the change would "make it difficult to hold airlines accountable for widespread harms."

With the rule change, "the DOT would almost certainly exercise its consumer protection authority even more tepidly than it currently does," the National Consumers League commented.

Airlines for America said in its comment that it suggested the proposal in response to Trump's 2017 directive to eliminate "job-killing regulations." The group commended the DOT for taking a "remarkable leadership role in the Trump Administration's governmentwide regulatory reform initiative," and called for implementing the change "as soon as possible."

The pandemic has triggered a spike in passenger complaints against American Airlines, United Airlines and other air carriers, with nearly 20,000 filed in April alone, according to the DOT. That compares to 1,200 in April a year ago. Most involved difficulty in getting ticket refunds. The DOT informed airlines in May that they are required by law to pay refunds if a flight is cancelled or its schedule is significantly changed.

The Federal Aviation Administration, the air safety agency that is part of DOT, also has faced criticism over a lack of Covid-19 safety regulations for airlines. The FAA has said that disease prevention is outside its area of expertise.

Even as infection rates are on the rise in the U.S., some carriers are starting to abandon voluntary measures to prevent the spread of disease, such as leaving the middle seat open to allow for social distancing. This week, American Airlines announced that it would resume selling planes at full capacity. The airline justified the plan by saying it would require enhanced cleaning and face coverings. "With all of these layers of protection, we are comfortable removing the load factor cap," American Airlines said in an email to FairWarning.

But the airline refused to say whether the Centers for Disease Control and Prevention had vetted its plan to allow full planes. Instead, American Airlines said that its safety plan is accredited by ISSA, a trade group for corporations that sell cleaning products, such as 3M and Procter & Gamble.

"Having a certification from an industry group is not the same thing as having met the standards of the CDC or the NIH [National Institutes of Health] or any other objective agency," Dr. Diana Zuckerman, president of the nonprofit National Center for Health Research, said in an interview.