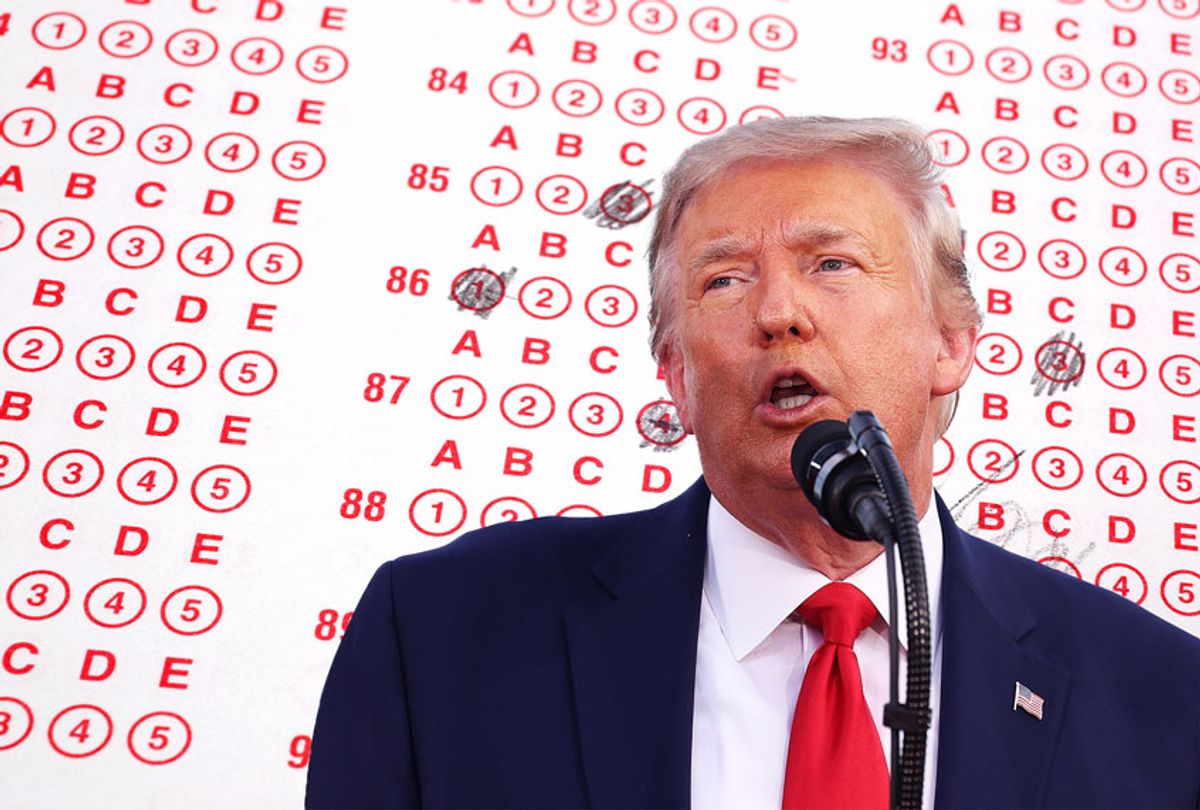 The explosive new tell-all book written by President Donald Trump's niece about their family history alleges that the president only got into a good college because of a fraudulently obtained SAT score.

According to the New York Times, Mary Trump claims in her book that "as a high school student in Queens . . . Donald Trump paid someone to take a precollegiate test, the SAT, on his behalf."

Mary Trump also claims that this fraudulent score helped him get into the University of Pennsylvania's prestigious Wharton business school, which the president often boasts about having attended.

The upcoming book, titled "Too Much and Never Enough: How My Family Created the World's Most Dangerous Man," paints a frightening portrait of how the president was groomed by his father to be ruthless and unsympathetic toward other people. Even though the Trump family has sued to stop the book's publication, it is currently slated to release next week.