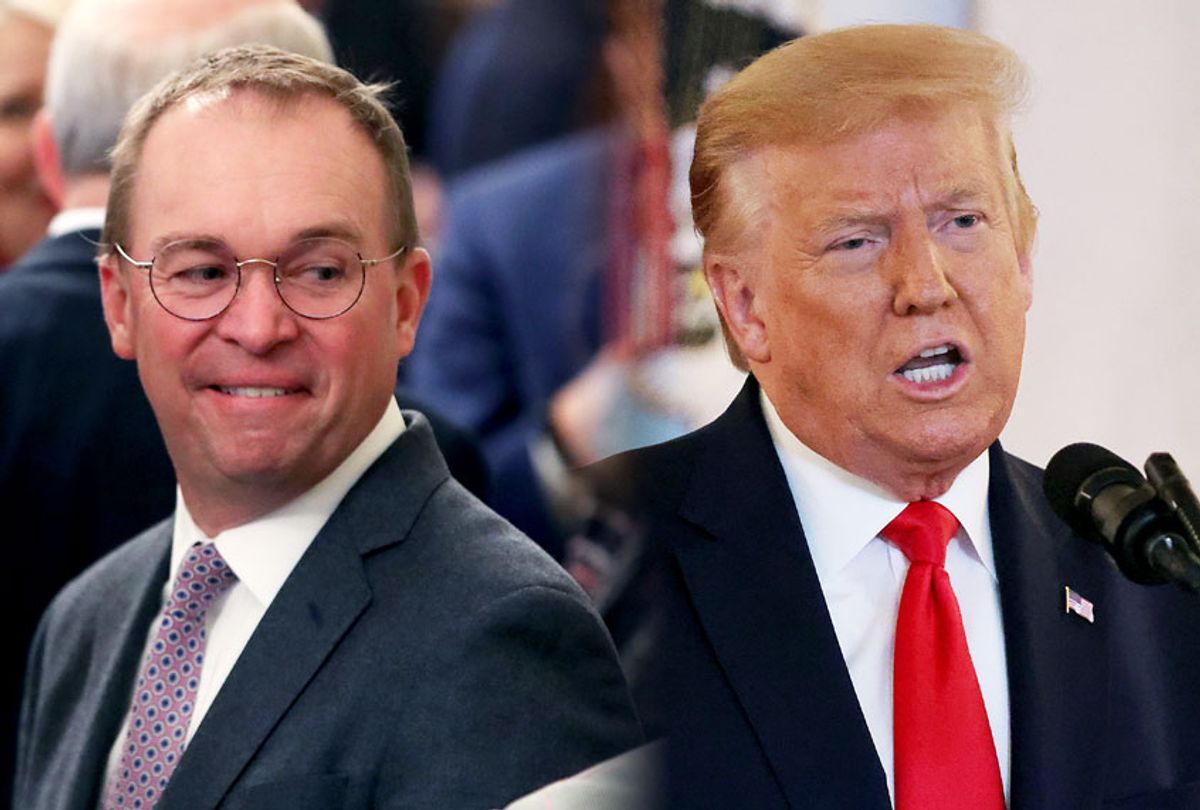 Former White House chief of staff Mick Mulvaney criticized the Trump administration's failure to ramp up testing months into the coronavirus pandemic after his own daughter could not get tested.

Mulvaney was one of the Trump administration's leading coronavirus skeptics early in the pandemic, arguing that media coverage warning of the risks posed by the virus was the "hoax of the day" to "bring down the president."

"The reason you're seeing so much attention to [the coronavirus] today is that they think this is going to be what brings down the president," he told reporters in February. "That's what this is all about."

But Mulvaney is very worried about the coronavirus these days, criticizing the government response after his own child could not get tested.

"I know it isn't popular to talk about in some Republican circles, but we still have a testing problem in this country," he wrote in an op-ed at CNBC. "My son was tested recently; we had to wait five to seven days for results. My daughter wanted to get tested before visiting her grandparents, but was told she didn't qualify. That is simply inexcusable at this point in the pandemic."

"Glad Mulvaney no longer believes this is a hoax, even though it apparently took his two children being impacted to change his mind," CNN reporter Abby Phillip tweeted.

"This opinion piece by Mick Mulvaney is a fine illustration of the old truth that it's only a crisis once it's happening to you," The New York Times' Binyamin Applebaum added.

Mulvaney, who was also Trump's former budget chief, wrote in the op-ed that "it may be too soon" for Congress to approve another stimulus package. If Congress does move forward with another relief bill, he argued that it should not provide direct aid to Americans. Instead, he proposed a payroll tax cut, which would overwhelmingly flow to the richest Americans, and tying capital gains to inflation, which would even more overwhelmingly benefit the top 1% of earners.

Tying capital gains to inflation would among to a "$2 trillion tax cut over ten years," The Intercept's Lee Fang noted, "86% of which would go to the top 1% of ultra rich Americans."

"This Mick Mulvaney op-ed is a joke. He makes the case against fiscal stimulus, but says if we HAVE to have one then we should cut payroll taxes and index capital gains to inflation," The Hill's Saagar Enjeti said. "Mulvaney says the real danger of stimulus is that [Republicans] would overpromise [and] underdeliver by doing so and could suffer in future elections. Thus his solution is that Republicans should underpromise and underdeliver so they can lose the election in November. Galaxy brain stuff here."

"A payroll tax holiday will benefit the wealthy the most and would harm Social Security," Rep. John Larson, D-Ct., the chairman of the House subcommittee that oversees Social Security, said. "This is a non-starter."