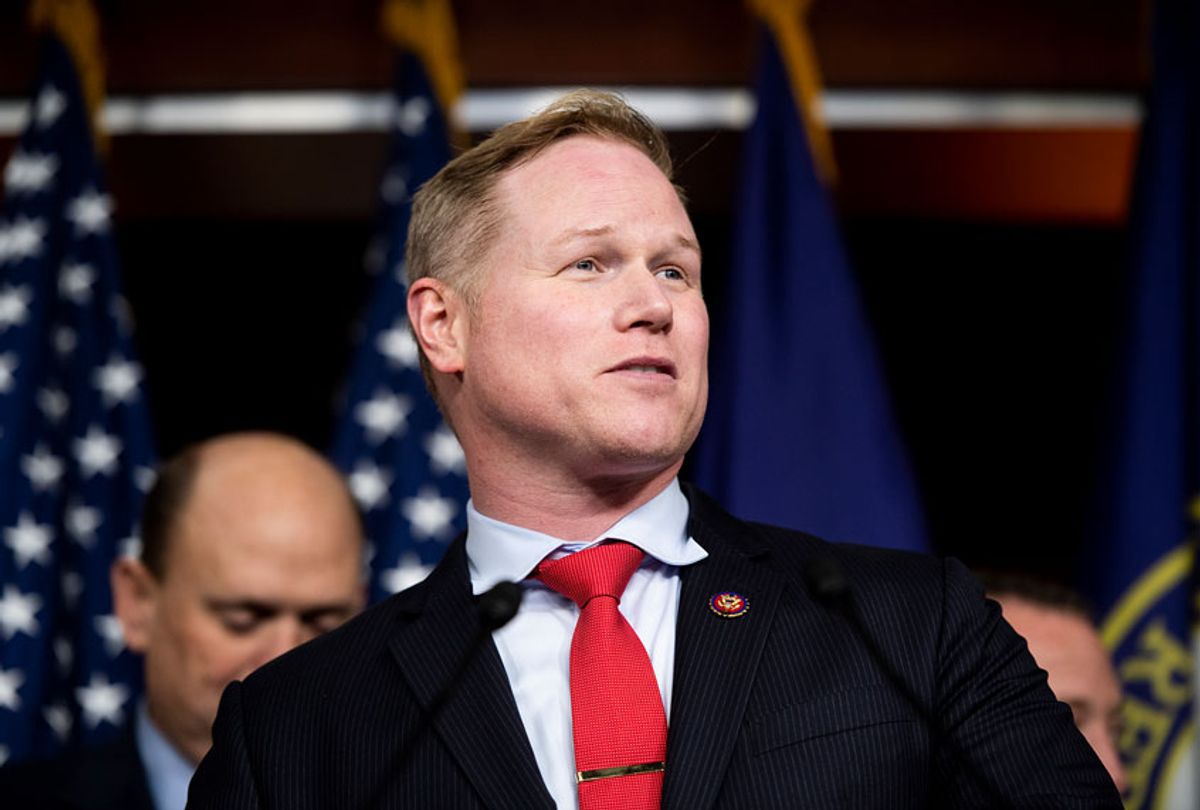 Rep. Steve Watkins, R-Kansas, was charged with three counts of felony voter fraud and a misdemeanor after an investigation into his vote in a 2019 local election.

Watkins, a first-term congressman, was charged with voting without being qualified, interference with law enforcement by providing false information and unlawful advance voting. Shawnee County District Attorney Mike Kagay, a fellow Republican, announced the charges Tuesday about 30 minutes before a televised debate between Watkins and his primary challengers.

The congressman was also charged with a misdemeanor charge for failing to notify the DMV that he had changed his address. Watkins, who was endorsed by President Donald Trump and is an honorary co-chair of the Trump re-election campaign, denied the allegations.

Watkins, who won his 2018 race by just 0.8 percentage points in a district Trump carried by 19 points, faced the scrutiny of the Federal Election Commission scrutiny in an investigation into whether his father, Steve Watkins Sr., illegally funneled money into his campaign through his daughters, a contractor and the contractor's wife.

Watkins denied that he was under an FEC investigation, and his father claimed that he "didn't know that I wasn't allowed to do it." Watkins won the race by fewer than 3,000 votes "thanks to outside spending from a group largely run and funded by his father," Politico reported.

The charges came after the Topeka Capital-Journal reported last year that Watkins had changed his address on his voter registration to that of a UPS store in Topeka in a different district than where he lived before voting in a city council race which was ultimately decided by just 13 votes. Watkins was living with his parents at the time but "used the UPS address to obscure that fact," sources told the Kansas City Star.

Watkins' campaign said the media was notified of the charges before his attorneys.

"I haven't done anything wrong," Watkins said at Tuesday's debate minutes after the news dropped, calling the timing of the charges "very suspicious" and "highly political."

Primary challenger Jake LaTurner, the state treasurer, seized on the issue, arguing that "our current congressman with three felony charges and a misdemeanor charge is not the person" with the best chance to win the general election.

"Count us shocked that Steve Watkins has found someone else besides himself to blame for illegally voting and lying to a law enforcement officer," his spokeswoman Kaya Zeyer told The Star.

Democrats also condemned him after the charges were announced.

"If you want to be trusted to write our laws, you should at least follow them," Brooke Goren, a spokeswoman for the Democratic Congressional Campaign Committee, told the outlet. "Steve Watkins has proven that he can't pass this basic test, and it's clear why Kansans are ready for a change."

Watkins said at the debate that he has cooperated with the investigation and immediately corrected his registration.

"As soon as I realized that I had put my mailing address instead of my physical address, we fixed it," he said.

LaTurner responded by noting that Watkins' ties to the district he represents are tenuous at best, blaming his own actions for the legal trouble.

Watkins previously came under fire ahead of the 2018 election after The Associated Press reported that he had falsely claimed that he led and grew a small business and exaggerated a heroic story about climbing Mt. Everest.

"We're just talking two years," a local Republican county chair told McClatchy after the report. "If we come to find out that stuff's true and he's really not what he says he is, we'll replace him in two years, I guess."