San Quentin's coronavirus outbreak could prove to be the worst at any prison in the nation. 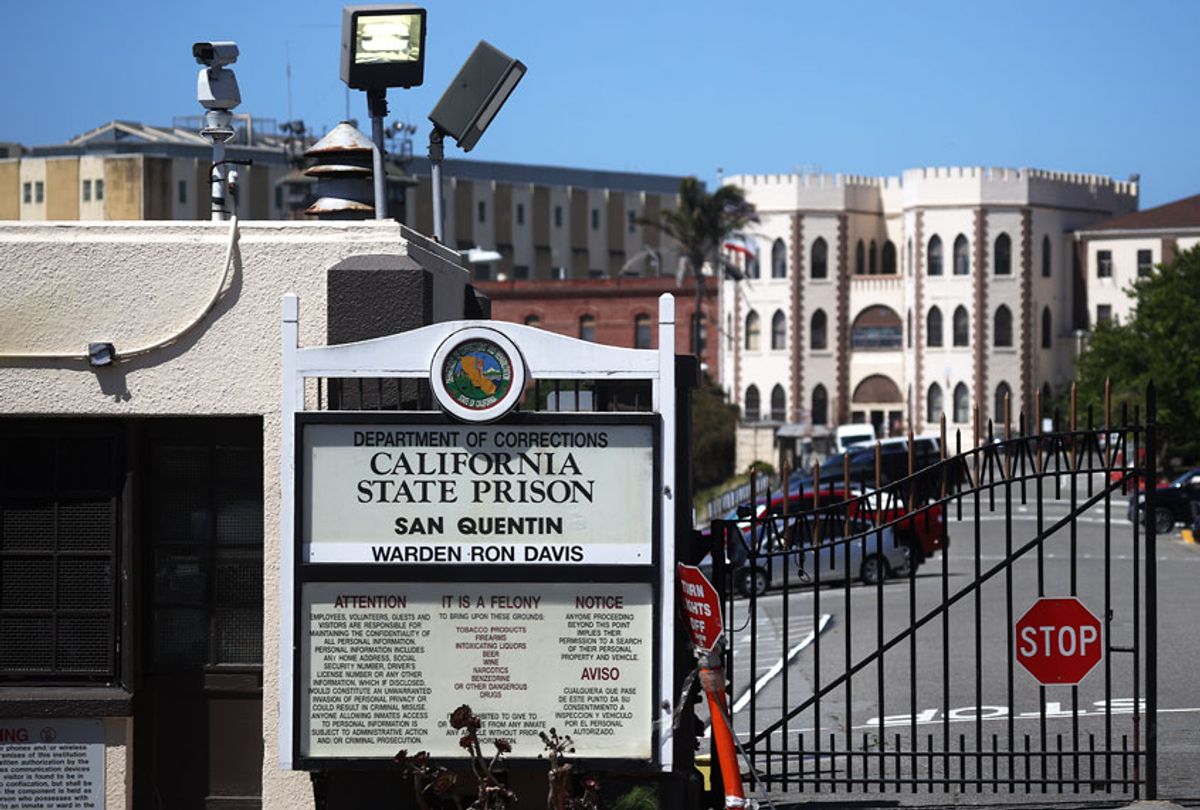 The old men live in cramped spaces and breathe the same ventilated air. Many are frail, laboring with heart disease, liver and prostate cancer, tuberculosis, dementia. And now, with the coronavirus advancing through their ranks, they are falling one after the next.

This is not a nursing home, not in any traditional sense. It is California's death row at San Quentin State Prison, north of San Francisco. Its 670 residents are serial killers, child murderers, men who killed for money and drugs, or shot their victims as part of their wasted gangster lives. Some have been there for decades, growing old behind bars. One is 90, and more than 100 are 65 or older.

Executions have been on hold in California since 2006, stalled by a series of legal challenges. And they won't resume anytime soon: In 2019, two months after taking office, Gov. Gavin Newsom declared a moratorium on executions and ordered that San Quentin's death chamber be dismantled. But death has come to San Quentin nonetheless.

In recent days, five death row inmates have died after contracting COVID-19. Almost 200 others are thought to be ill with the virus, according to a Newsom administration official not authorized to speak publicly. Scores more are refusing to be tested. For now, there is no clear remedy and no end in sight.

Correctional officers are working double and even triple shifts. Doctors have been working 12-plus-hour days, seven days a week, for the past six weeks, McComb wrote: "Men (including some who have tested positive) report not having access to doctors, not receiving medication for symptoms such as coughs, and not receiving regular oxygen-level or blood pressure checks."

San Quentin's coronavirus outbreak could prove to be the worst at any prison in the nation. It began in mid-June, shortly after the California Department of Corrections and Rehabilitation transferred 121 inmates to San Quentin from the state prison in Chino, east of Los Angeles, in a failed effort to stem an outbreak there. At least 20 of the Chino transfers subsequently tested positive for the disease.

Now, more than 1,400 San Quentin inmates have the virus, or more than a third of the prison's 4,000 inmates. And death row has been hit particularly hard. Of the six inmate deaths that prison authorities have formally attributed to the coronavirus, three were on death row. Two more death row inmates who died in recent days also tested positive for the virus, though the official cause of death is pending.

San Quentin, which opened in 1852, is renowned for its rehabilitative programs. Most San Quentin inmates are classified as minimum or medium security risks and will be released one day. They take college courses and participate in job-training programs. Some work on the prison's award-winning podcast and newspaper.

An additional 670 at San Quentin are condemned, and ineligible for release, no matter how old or infirm.

About 500 of them are housed in East Block, a hangar-size structure that is five tiers high. They live one to a cell, 10.5 feet by 4.75 feet. The doors are steel mesh. They cannot help but breathe one another's air. Sixty-four of the best-behaved inmates are housed on the traditional death row, known as North Seg. There's a Mickey Mouse clock in the officers' area emblazoned with the words "The Happiest Place on Earth." North Seg, East Block and a third unit for condemned inmates, Donner, were built in 1934, 1930 and 1913, none with a pandemic in mind.

COVID-19 has infiltrated 20 of California's 34 prisons, though it has been especially bad at nine. As of Tuesday, more than 5,300 inmates statewide had tested positive for the virus and 29 had died.

The plague raging inside San Quentin's walls is spreading into the outside world. Dozens of San Quentin inmates are being treated in community hospitals, including at least 20 death row inmates as of last week. Each is guarded by two correctional officers round-the-clock.

The exact number of death row inmates who have the virus is not known. Complicating matters, about 40% have refused to be tested, McComb and others said. By law, they cannot be compelled to undergo the test unless they are deemed mentally incompetent.

McComb addressed the refusals in her letter, saying some of the condemned inmates worry they will be moved to a segregated unit typically reserved for discipline if they test positive, while others fear the procedure is unsafe.

"And third, a general hopelessness has set in among the population; there is no reason to be tested when medical staff, despite their best efforts, are stretched too thin to respond to those in need of care," McComb wrote.

One who refused to be tested was Richard Stitely. He was found dead in his cell the night of June 24. The Marin County coroner found he was infected with the coronavirus, though the exact cause of death is still to be determined.

Stitely, 71, was sentenced to death in 1992 for the murder of Carol Unger, a 47-year-old mother. The two had met in a San Fernando Valley bar, and he offered to drive her home. Her body was found in the valley in January 1990.

Andrew R. Flier was a 28-year-old L.A. County deputy district attorney who prosecuted Stitely for the rape and murder of Unger, and for the previous rape of a 16-year-old girl. Now in private practice, Flier said evidence suggested Stitely could have choked Unger for five minutes, first with a cord and then with his hands. He sees Stitely's apparent death from a disease that deprives victims of their breath as "poetic justice."

"A terrible disease is infecting our world, and it found someone terrible to infect," Flier said. "I shed no tears. Evil is evil, and I thought he was evil."

Over the years, the California Supreme Court had upheld the death sentences of Stitely and the four other condemned inmates who died after contracting the virus. Two of the men had killed children, including a 75-year-old convicted of a 1979 murder. Three of the inmates were in their late 50s.

No matter their crimes, some people say, inmates don't deserve to die of COVID-19, especially after it likely was introduced by the ill-fated decision to transfer infected inmates from Chino to San Quentin.

"It is the death penalty by other means. It is a miscarriage of justice," said Assembly member Marc Levine, a Democrat whose district includes San Quentin.

In a hearing last week, U.S. District Court Judge Jon S. Tigar in San Francisco, presiding over a long-running suit challenging California prison conditions, urged the state to release elderly and infirm inmates who pose no public safety threat — and are not on death row — to free up cells so infected prisoners could be isolated and the COVID-19 spread slowed.

"These releases need to happen immediately. There simply is no time to wait," Tigar said, directing his comments at Newsom.

On Monday, Newsom said San Quentin's population would be reduced to about 3,000 in coming weeks. "We've been working on this every single day for the last three weeks," he said.

Corrections spokesperson Terry Thornton said the department has installed six tents to treat San Quentin inmates and "is working closely with health care and public health experts on all isolation and quarantine protocols recommended by the Centers for Disease Control and Prevention to address COVID-19 in correctional settings."

While the virus infects death row, California's capital punishment law is in a state of limbo. With executions on hold, Levine last year introduced legislation to place a measure on the statewide ballot to abolish capital punishment. That measure has stalled.

Last month, the California Supreme Court indicated it is weighing the legality of one aspect of the state's death penalty statute: Must jurors agree on aggravating factors that led them to recommend death? As it is, jurors need not be unanimous.

The justices posed the question based on a single case involving a 2004 killing, though a decision could set a precedent that would affect the sentences of scores of condemned inmates. Any decision is likely months away, presumably after the COVID-19 rampage has run its course on San Quentin's death row.