Unions are urging Congress to extend relief, but airlines say they'll only accept bailouts with no restrictions 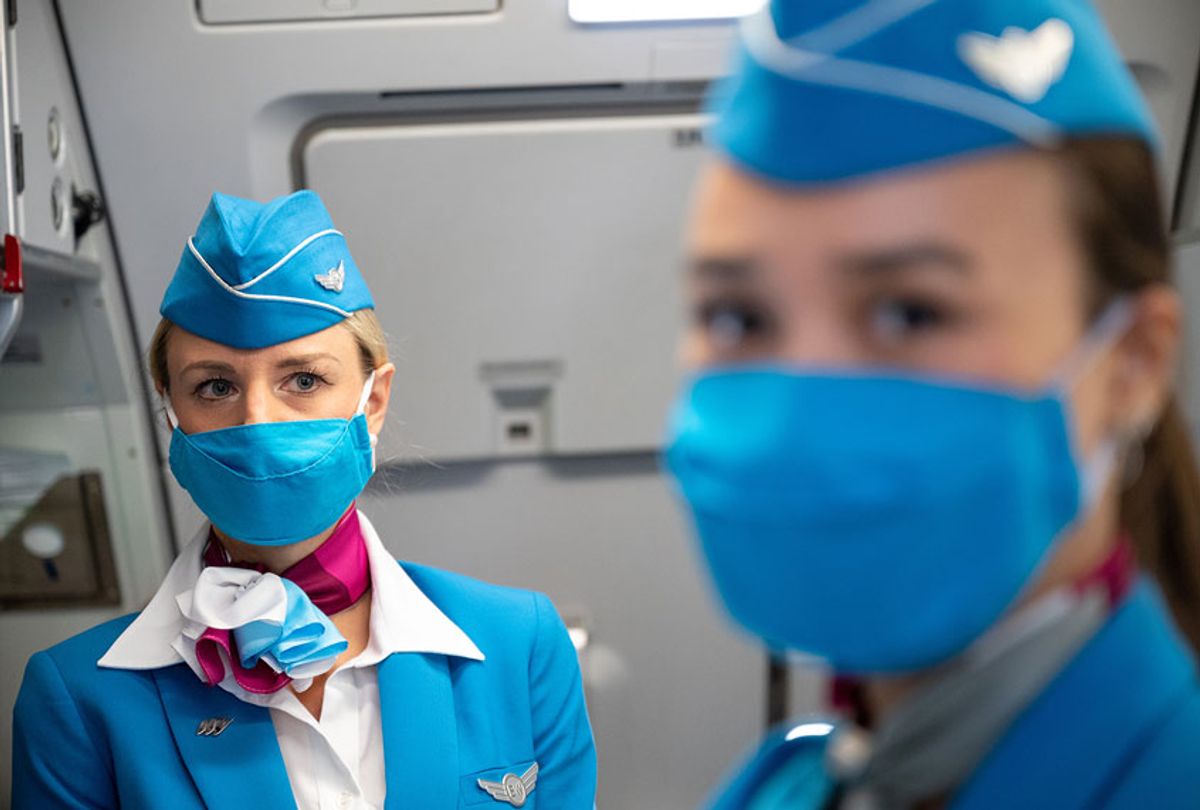 Leading US airlines are warning workers of massive cuts when a provision in the federal airlines bailout prohibiting layoffs expires in September.

Congress approved a $25 billion bailout fund for hard-hit airlines earlier this year as part of the $2.2 trillion CARES Act package in response to the coronavirus pandemic. Under the deal, airlines that accepted federal grants agreed not to lay off or furlough workers or cut pay until September 30. But the country's top airlines are already itching to make major cuts when the ban is lifted.

There is no doubt airlines have been among the hardest hit by the economic shock of the pandemic. The number of people passing through Transportation Security Administration checkpoints was down 73% from last year in the first two weeks of June. The International Air Transport Association estimated last month that airlines around the world would lose $84 billion this year and see a 50% drop in revenue.

American Airlines, which took about $4.1 billion in grants and nearly $6 billion in loans from the government, warned staff in a memo that about 25,000 frontline employees, or about 29% of its US workforce, could be laid off or furloughed in October, CNBC reported. That includes nearly 10,000 flight attendants, 2,500 pilots, and 7,700 maintenance workers.

Airlines are required to inform employees of mass layoffs 60 to 90 days ahead of time.

CEO Doug Parker and President Robert Isom told employees that June revenue was down more than 80% from last year and, due to rising infections across the country, "demand for air travel is slowing again."

The memo urged workers to take extended leaves, which can stretch up to two years, or accept early retirement packages in order to reduce the number of layoffs.

"From the time the CARES Act was signed in March, we had a stated goal of avoiding furloughs because we believed demand for air travel would steadily rebound by Oct. 1 as the impact of COVID-19 dissipated," the memo said, according to the Dallas Morning News. "That unfortunately has not been the case."

The company has already cut its management and support staff by about 5,000 workers through a "mix of involuntary and voluntary layoffs," the outlet reported.

The two American Airlines executives said they support a union-led effort to lobby Congress to extend relief and the layoff ban through March 2021 because of the "much longer impact of the pandemic than was anticipated when the CARES Act was enacted."

"We are hopeful that we can mitigate the overages and avoid involuntary Flight Attendant furloughs," said Julie Hedrick, the president of the Association of Professional Flight Attendants. "In partnership with other labor Unions, we are calling on Congress and the current administration to extend the Payroll Support Program (PSP) within the CARES Act to help keep aviation front-line workers connected to their pay and benefits as we deal with reduced demand as a result of the pandemic."

That effort could help tens of thousands of worker at other airlines.

United Airlines warned 36,000 frontline workers, or about 38% of its workforce, of potential layoffs and furloughs earlier this month. That includes about 15,000 flight attendants, 2,250 pilots, 11,000 customer service and gate agents, and more than 5,000 maintenance workers.

The airline said the number of workers ultimately affected by the cuts would depend on how many agree to take voluntary leave or buyout packages.

The airline said in a Securities and Exchange Commission filing that it expected August demand to drop about 65% from last year "resulting from reduced demand to destinations experiencing increases in COVID-19 cases and/or new quarantine requirements or other restrictions on travel."

The airline announced on Friday that it reached a deal with a union representing its 13,000 pilots that could reduce the number of involuntary layoffs. The deal includes early retirement packages for older pilots, voluntary furlough offers that will allow workers to keep health insurance, and arrangements that allow pilots to fly a reduced number of hours, CNN reported.

The airline said it hopes to reach a similar deal with unions representing its other workers.

"We'll be taking time in the months ahead to work with our union partners on creative ideas that would involve reduced hours and leaves of absences instead of furloughs," said United CEO Scott Kirby. "I recognize that even though those options are difficult and will need to be widely shared by everyone here at United, it would save jobs, and most importantly, it would allow us to bounce back quickly, which is the best way to ensure everyone's jobs and stability for our company for years into the future."

Delta Airlines has stated that it wants to avoid layoffs but says it is still overstaffed, even after 17,000 employees agreed to take voluntary buyouts and early retirements. About 45,000 of the company's 90,000 employees have also taken voluntary unpaid leaves, according to the Atlanta Journal-Constitution, and as many as 35,000 of those are still on leave.

"We will continue to need more volunteers to take leaves for the upcoming fall months," CEO Ed Bastian said in a memo to staff. "These monthly leaves will continue to be critical to reducing the risk of involuntary furloughs."

Delta posted a $5.7 billion loss between April and June, its biggest since the Great Recession. Its June revenue was down 88% from last year. The airline projects to earn less than a quarter of last year's $12.5 billion haul in the third quarter of this year.

"Demand has stalled as the virus has grown, particularly down here in the South, across the Sun Belt, coupled with the quarantine measures that are going in place in many of the Northern states," Bastian told CNBC. "Those two factors are causing consumers to pause."

Southwest Airlines has yet to warn employees about potential layoffs, but CEO Gary Kelly told employees in a memo obtained by Reuters that it would take a massive improvement to avoid mass cuts. Kelly said the airline would have to triple its number of passengers by the end of the year to avoid staff reductions.

"Although furloughs and layoffs remain our very last resort, we can't rule them out as a possibility obviously in this very bad environment," he said in the memo, adding that spikes across the country "aren't positive developments for our business, and we are concerned about the impact on already weak travel demand."

JetBlue has also not sent warnings to employees but is working to reach a deal for thousands of workers to accept voluntary leave or buyouts, according to a memo obtained by Bloomberg News. The company also reached an agreement with its pilot union to avoid any involuntary furloughs until May 2021, CNBC reported.

Airline unions have asked Congress to provide another $32 billion to stave off the cuts and keep workers on the employed through next spring. The unions recently gained an ally in Rep. Peter DeFazio, D-Ore., the chairman of the House Transportation and Infrastructure Committee, who urged his colleagues to respond to the ongoing economic crisis.

"When we passed the CARES Act in March, there was an expectation that we would see a significant recovery in U.S. aviation by the fall," he said in a letter to fellow lawmakers. "This is no longer the case. With the current resurgence of COVID-19 in several States across the country and a vaccine for the virus yet to be developed, passenger demand for air travel will not recover before the PSP (Payroll Support Program) expires on September 30. And without an extension of the PSP before then, hundreds of thousands of airline workers may be fired or furloughed starting October 1. We must extend the PSP as soon as possible."

But while other aid efforts by Democrats have been met with opposition from Republicans, it may be the airlines themselves that foil any talk of an extension. Airlines for America, a trade group representing major US airlines, said that carriers would only accept more bailouts, but not any restrictions.

"If Congress opts to enact the labor-requested proposal," a spokesperson told Reuters, "we would support our workforce's decision to pursue a simple and clean extension of the grants as long as no additional or extraneous conditions are required."