Remember when Trump and Barr set up a task force to bust COVID-19 price gougers? 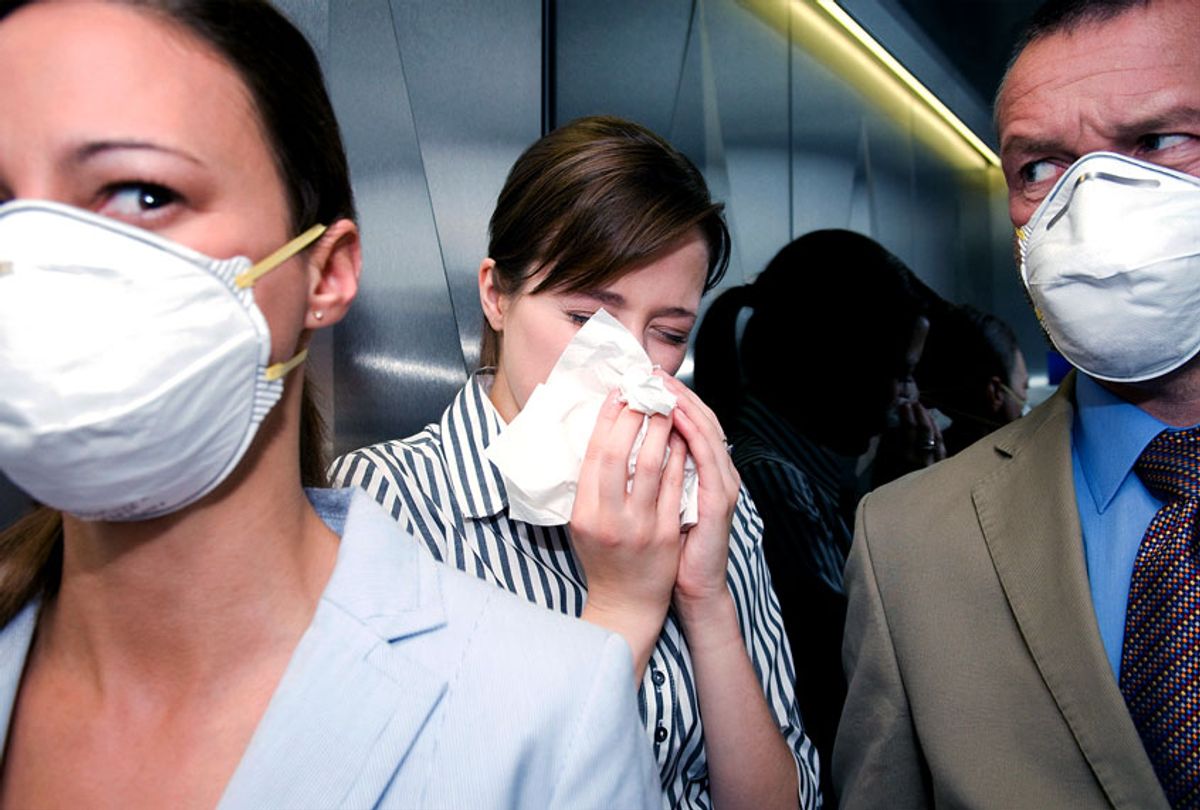 People in a lift during a health alert (Getty Images)
--

Back a couple of months ago, when coronavirus spikes were limited to the Northeast and Donald Trump was still taking over the daily virus briefings at the White House, the Justice Department was trotted out to announce a big effort to curtail profiteering by those manufacturers and re-sellers of personal protective equipment (PPE), sanitizer and ventilators.

Curiously, not much has been heard from the effort to date.

Sure, we still are being inundated with sales pitches for coronavirus necessaries, and there are a rising number of reports of fraud. But we are not seeing the White House ballyhoo widespread arrests, despite triggering a nationwide task force.

Yes, there were some arrests. In New York in May, federal prosecutors charged a used car salesman and a pharmacist who called himself "the Mask Man" in separate schemes to inflate prices of personal protective gear needed to fight coronavirus. The retrieved goods worth hundreds of thousands of dollars were retrieved and sent to medical personnel.  And in April, nearly a million medical-grade masks and gloves were seized this week from a Brooklyn man who said he had the virus and coughed on agents before he was charged with lying to federal agents about price-gouging.

A Politico.com review of what happened concluded that the Justice Department task force meant to go after pandemic scammers and profiteers has found its work complicated by a "philosophical" debate with top Trump "free-market" staffers.

So, the Law & Order Trump administration is stubbing its own toes on whether to enforce overpricing schemes or letting the marketplace decide how to handle itself, even as coronavirus numbers are skyrocketing across 43 countries and medical personnel are once again complaining loudly that they lack sufficient PPE and governors are griping about the lack of a federal response.

Meanwhile, there apparently is debate about which approach fits best with reelection hopes.

Behind the creation of the task force was a simple question: How exactly should the federal government deal with pandemic-related hoarding and price-gouging?

That we would have scammers, fraudsters and opportunity-grabbing companies, including those who never before had manufactured PPE falling over each other to reach a desperate medical market was a foregone conclusion. That's how we roll.

With 1,000 hospital workers now having died as a result of treating the virus has meant that hospitals and states will pay whatever the going freight requires to get their hands on enough materiel.

With some fanfare, Atty. Gen. William Barr deputized Craig Carpenter, the U.S. attorney for New Jersey, to lead a nationwide effort to "aggressively pursue bad actors who amass critical supplies either far beyond what they could use or for the purpose of profiteering,"

Politico reports that behind the scenes, some White House officials, protecting their anonymity, expressed reservations and concerns about the task force's approach, particularly as it reflected enforcement of price-gouging under the Defense Production Act that grants the federal government broad authority over the private sector during national emergencies.

The New Republic reported that on the day after the World Health Organization designated the coronavirus a pandemic, New York sent a cease-and-desist letter to vendors hawking colloidal silver as a treatment. One offered a phony silver treatment at $350 a pop (it sold out), and conspiracy theorist Alex Jones was promoting a special silver toothpaste that he promised, would obliterate "the whole SARS-corona family at point-blank range." Others were selling oregano oil and a "spirit dust" from powdered mushrooms and roots.

Fraud aside, New York's state government paid up to 15 times the typical price for PPE, according to a ProPublica analysis. And the top financial officer of one New York hospital told the Associated Press his team had to pay $7 for face masks that usually cost just 50 cents. For some hospital systems, the pandemic also brought grave financial peril.

Three months later, we still have false claims, still have hoarding, still have unmet medical needs and a whole lot of virus. And a free marketplace.

More than 49,000 complaints about price-gouging have been submitted to law enforcement officials in 22 states. Whatever the enforcement numbers, they are a tiny proportion of those totals.

The reason, in part, apparently is a "philosophical dispute:" within the administration that is reportedly impeding enforcement.  This time, the White House has been quick to point out that it has no daily interference in the business of an independent Justice Department – a claim that actions from seeking to crush the Mueller Report to commuting the sentence of Roger Stone make easily laughable.

Of course, free marketers would argue that the market is self-regulating about such abuses. And the White House declares daily that there are more tests, more masks, better anti-virus work under their direction than in any country on Earth.

But if one arm of the Trump administration is absolving companies and individuals from legal liability, that act is stepping on the enforcement arm being announced simultaneously. Even then, the Department of Health and Human Services has had technical authority to issue allocation orders, but it has been the White House that actually decides.

So, reelection fans: Law & Order or Free Marketplace? Either way, we still have plenty of virus to go around.