A new report finds that Gaetz built a taxpayer-funded studio in his father’s home, which he uses for TV appearances 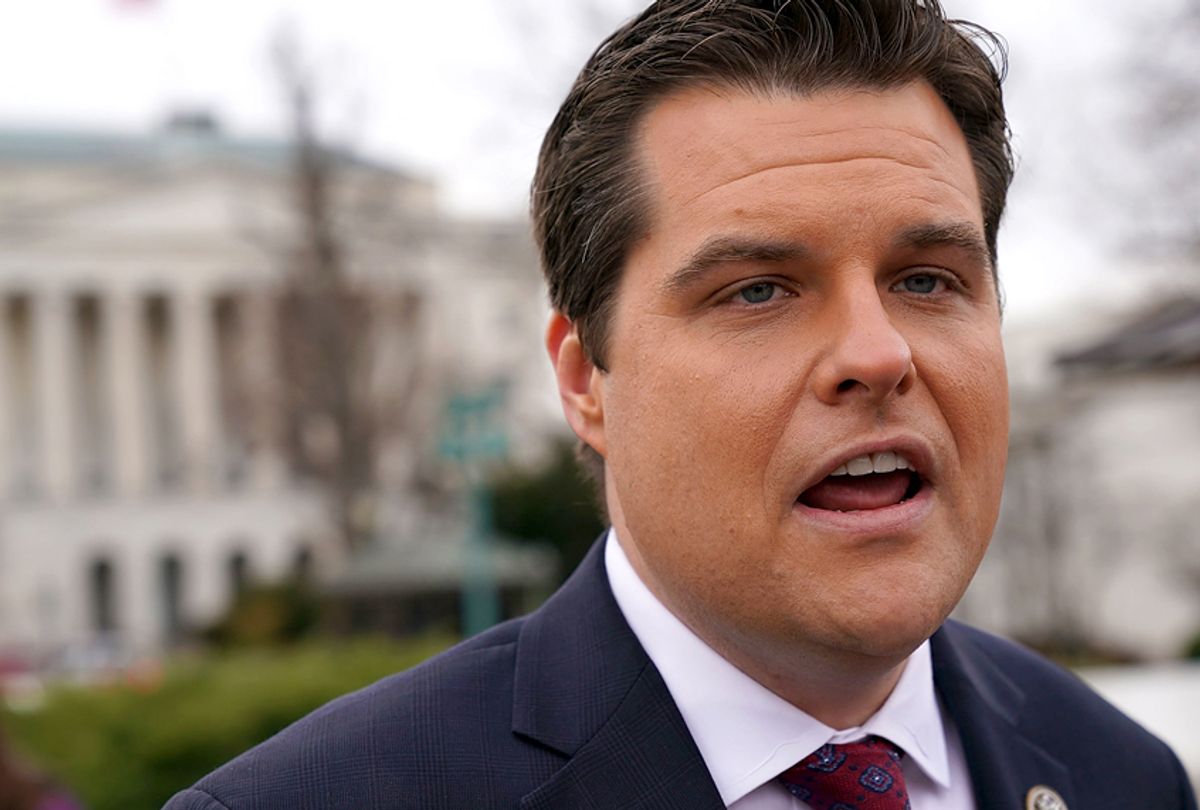 Rep. Matt Gaetz (R-FL) has been caught breaking House ethics rules by funneling taxpayer money to a private speech-writing consultant who also happens to be a scandal-plagued former aide to President Donald Trump.

Politico reports that Gaetz's office improperly sent $28,000 in taxpayer money to a limited liability corporation linked to Darren Beattie, a Trump aide who was ousted in 2018 after it was revealed he spoke at a conference featuring several prominent white nationalists.

Politico notes that "House rules explicitly prohibit spending taxpayer dollars on speech-writing consultants," although Gaetz's office tells the publication that this was the result of a "clerical error" that it is working to correct.

In an additional potential violation, Politico found that Gaetz has built a taxpayer-funded television studio in his father's house that he uses for television appearances.

"Taxpayers foot the bill to rent the television camera, and the private company that built the studio — which Gaetz refuses to identify — takes a fee each time he appears on air," Politico writes. "It's unclear how much it cost the private company to construct the studio . . . This may run afoul of the House gift rule, which prohibits any lawmaker, aide, and their family members from accepting gifts worth more than $50."

Gaetz is claiming that the TV studio was approved by the House Ethics Committee, although he declined to provide any documentation to back up this claim.