How the U.S. Chamber of Commerce wrecked the economy — and made the pandemic worse 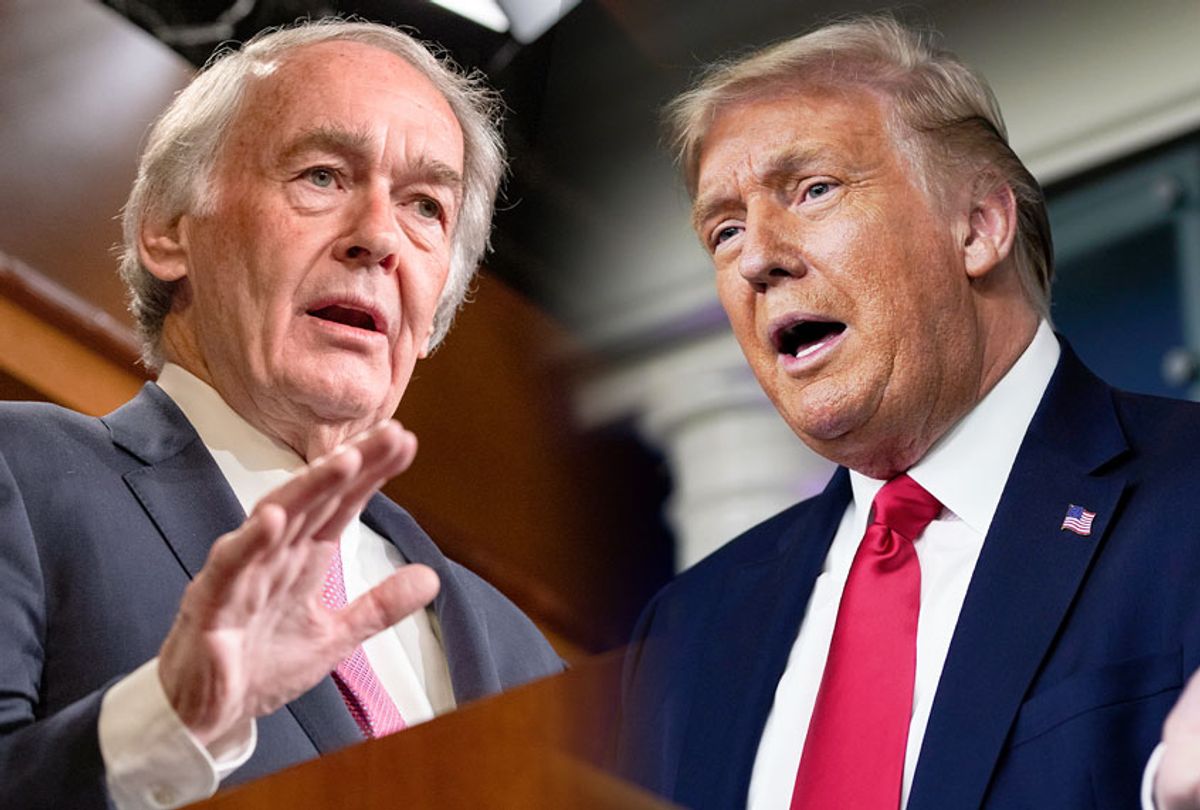 As hospital intensive care units overflow again, and delays in COVID-19 testing reports reach record levels in many cities, a conversation I recently with Sen. Ed Markey, a Massachusetts Democrat, reminded me that I had forgotten something utterly critical: Donald Trump's decision to unilaterally disarm America in the face of the coronavirus invasion was urged upon him by an ostensible defender of American business: the U.S. Chamber of Commerce.

When the pandemic reached America, we weren't ready — any more than we were ready when Japan bombed Pearl Harbor. But Trump had the tools to do what the U.S. has often done: make up for lack of preparedness. The crucial gaps to fill in March were supplies for testing to limit the spread of the virus, and medical equipment to treat those who got sick — testing kits, swabs, reagents, masks, gowns and gloves — by the billions. Government health agencies estimated that if the pandemic took hold, the country would need, for example, 3.5 billion N95 medical masks. We had 12 million.

Presidents have available, and have routinely used, the Cold War-era Defense Production Act to overcome such critical supply shortages — not just in wartime, but also to ensure adequate relief supplies after natural disasters. DPA can be used to put emergency purchases at the head of a supply chain, but also to require factories to convert their output to provide needed equipment in adequate volumes. Members of Congress urged Trump to appoint a military official as DPA czar to coordinate production and distribution of essential pandemic-related medical supplies, as was done in the Korean War.

In March, Trump was leaning towards robust use of the DPA, fashioning himself as a wartime president and the battle against the coronavirus as America's "big war." He invoked the DPA to require General Motors to speed up its production of ventilators. But he quickly discovered that he had an enemy within — not the virus as such, but the U.S. Chamber of Commerce.

Within days of Trump's announcement that he would mobilize as if for war and use the DPA, the Chamber of Commerce's lobbying army swung into action. Among the Chamber's arguments: DPA would impose "red tape on companies precisely when they need flexibility to deal with closed borders and shuttered factories." Unstated: if the government took charge of the supply chain for tests, masks and gowns, it could also prevent bidding wars from competing hospitals and states that would, and did, drive prices — and profits — through the roof.

In response, labor unions representing nurses, hospital staff and other frontline workers who were unable to be tested, or to obtain masks or gowns, protested and urged the Chamber to join a national mobilization to defeat the coronavirus.  The appeal was not answered.  On March 23, Markey and his Massachusetts colleague, Sen. Elizabeth Warren, wrote to the Chamber demanding an explanation. The Chamber's response: Defense Production Act reliance was unnecessary, because "American companies will do whatever it takes to support America's response to the pandemic and shore up the economy."

But what the workers had feared — insufficient production, soaring prices and profits, chaotic delivery mechanisms — took over the health care market during the first wave of virus spikes in the Northeast. Some hospitals were paying 15 times the usual price for masks.

The Chamber continued its strenuous opposition to enabling the government to ensure an adequate supply of tests and PPE. Even Trump conceded that profiteering had taken over the market, and ultimately he did invoke the DPA to prevent it — but when it came to the export market.

Supplies increased, but often at exorbitant prices. Only when the shutdowns of most of the American economy brought the number of hospitalizations down sharply did supply and demand come into temporary balance. Americans believed that if there was a second wave later in the year, at least health care workers on the front lines would have the tools they needed.

Trump, denied by Chamber opposition of an easy pathway to acting like a heroic wartime president, seemingly lost interest. By June his focus had shifted from fighting the virus to reopening the economy and then reigniting the culture wars. Media headlines proclaiming his lack of interest didn't even provoke "fake news" tweets from the East Wing of the White House.

The virus had a longer attention span. With major states like Florida, Texas and Arizona opening rapidly and prematurely, the holes in the jerry-built testing, tracing and quarantine systems each state had fashioned without federal guidance gave the virus its chance.

Cases — although not, initially, fatalities — began to soar. Suddenly, what any nationally coordinated effort would have been tracking and resolving all along — that the nation had stepped up production of tests, masks and gowns to meet the needs of an economy in shutdown, but had nowhere near the level of supplies for a massive second wave — came home to roost. By early July, new cases were flooding the hospital capacity of even some of the nation's major health care centers, such as Houston.

In New Orleans, testing centers had to close eight minutes after they opened. In 100-degree heat in Phoenix, lines at testing centers were eight hours long. San Antonio and Austin were forced to limit testing to those with symptoms, leaving the system utterly unable to detect asymptomatic cases, when research suggests that to 40% of infections take place. Wait times for test results soared with caseloads, so that even those who got tested might not find out they were positive until they were well past the contagious stage.

Nurses were again forced to use one N95 mask for weeks at a time. Prices for what was actually available soared. States reported they could only fulfill 10% of their orders. Even now, in July, the U.S. has nothing like the 3.5 billion N95 masks that we knew in January we would need. Indeed, how could we? No manufacturer could have guessed in March how severe the crisis would be by fall. With no one managing the system, it was clearly foolish for any private company to produce, on speculation, several billion masks. Market signals cannot prepare America for the massive increase in possible scale required by such a pandemic. Nor can individual cities and states trigger the necessary ramp-up of supplies. Only a systematic national plan designed to ensure that we were ready for the worst-case scenario could have protected us.

Inevitably, the "market solutions" favored by the U.S. Chamber of Commerce have failed America not once but twice. In failing, they have taken the nation's economy over the precipice into a deep, long, economic decline. That the loudest voice claiming to represent U.S. business chose to defend profiteering, embrace short-term thinking and risk the collapse of the American health care system and economy is both shameful and shocking.

And that most Americans, including me, had already forgotten this is scary. This is not the first time the Chamber has successfully pursued policies that put us enormously at risk — for years it has been one of the major forces preventing Washington from adopting even the most modest efforts to accelerate a transition off fossil fuels to save lives and protect the climate. But if the Chamber can get away once again with having caused massive economic damage while risking the health of millions, and with its public reputation unscathed, it's unlikely to change its behavior.