The talk show and "Who Wants to Be a Millionaire?" host holds the World Record for Most Hours on Camera on U.S. TV 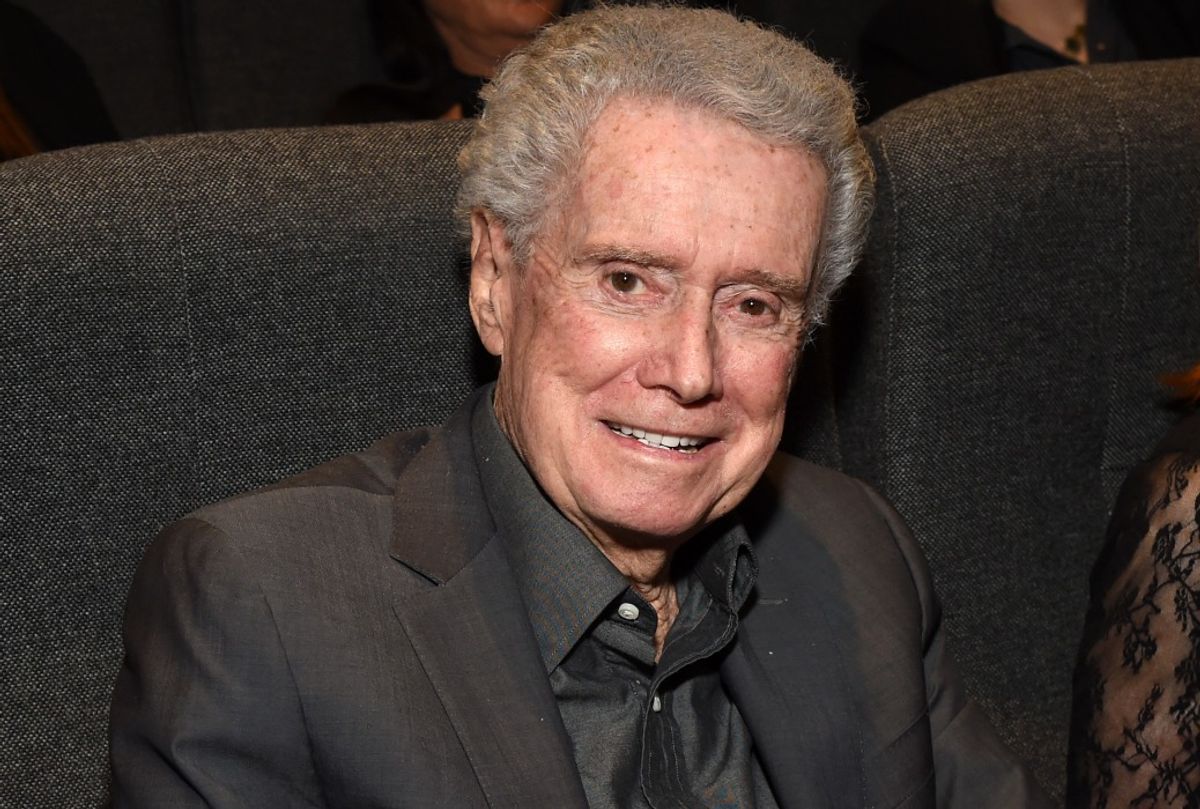 Emmy-winning TV host Regis Philbin, best known for his long stint on syndicated morning talkshow "Live" and on ABC's primetime hit gameshow "Who Wants to Be a Millionaire," died of natural causes, according to People. He was 88.

"His family and friends are forever grateful for the time we got to spend with him – for his warmth, his legendary sense of humor, and his singular ability to make every day into something worth talking about. We thank his fans and admirers for their incredible support over his 60-year career and ask for privacy as we mourn his loss," the Philbin family told People.

Always ready with a quip or observation, Philbin styled himself after Jack Paar, particularly Paar's way of connecting with the camera. Philbin said he admired Paar's "chatty style and personality" and infused his own on-air persona with similar intimacy.

"I told stories of what had happened in my life during the week, all very similar to the kind of stuff Jack was doing night after night," Philbin wrote in his 2011 book "How I Got This Way." "I've never stopped doing it that way."

Despite his approachability and personality, however, Philbin took care not to outshine his guests. Told early in his career that he was a good listener, he channeled that talent into his interview style: "You just don't go to the next question and you don't jump all over the guest. You let them be the star of whatever time they have with you," he said.

First aired in 1983 as "The Morning Show" locally by WABC-TV in New York, "Live" began as a weekday 90-minute show co-hosted with Cyndy Garvey. In 1984, it changed to a 60-minute format (with a new co-host, Ann Abernathy). And in 1988, it entered into national syndication as "Live With Regis and Kathie Lee" when Gifford joined the show.

The chemistry with Gifford was immediate. "We kind of came across as diametric opposites," Philbin said, "which seemed to give the audience as much of a kick as we got from our silly ribbings of each other."

They were also unafraid to throw themselves into audience-pleasing physical absurdities with their guests. Philbin noted, "I believe we were the first show to introduce those bulky fat suits that made us look like Japanese sumo wrestlers."

Gifford's long tenure on the show was followed in 2000-01 by a title change to "Live With Regis" and a succession of guest co-hosts. In 2001, Kelly Ripa joined the show, which became "Live With Regis and Kelly." Philbin remained at core of the program.

In 2011 Philbin left the long-running talkshow, which by this time had aired over 6,000 editions, hosted more than 20,000 guests and been seen by 1.1 million in-studio audience members. Producers of the show estimate that its out-of-town audience members have generated a half billion dollars for New York City's economy.

Born in New York City, Regis Francis Xavier Philbin initially aspired to be a Bing Crosby-style crooner, but he took a different path into show business.

He began on TV behind the scenes, as a page for "The Tonight Show" in the 1950s. He followed with work in local TV markets in Los Angeles and San Diego, working as a reporter, writer, substitute anchor and anchor.

He had a brief and tantalizing foray into nation syndication in 1964-65 with "That Regis Philbin Show," and his next big break came in 1967, when he was an announcer on "The Joey Bishop Show," playing second banana to the former Rat Packer.

In 1975, he was on "A.M. Los Angeles," a show co-hosted initially with Sarah Purcell, then Garvey. During his tenure, the show rose to No. 1 in the ratings and stayed there until 1981, when Philbin left.

In addition to his numerous talkshow gigs, Philbin did host stints on gameshows, including "The Good Neighbors," which had a brief run during 1975-76 and, most famously, "Who Wants to Be a Millionaire" (1999-2003).

He made guest appearances on numerous TV series, including "How I Met Your Mother," "30 Rock," "Ugly Betty," "Seinfeld," co-host Ripa's series "Hope and Faith," "Mad About You" and "Spin City."

In 2015 he reunited with Kathie Lee Gifford by joining the fourth hour of NBC's "Today."

He holds the Guinness World Record for Most Hours on Camera on U.S. television, clocking more than 16,700 hours over the course of his career.

He was able to fulfill his dream of singing amid his other television projects, releasing several albums, including 1968's "It's Time for Regis!," "When You're Smiling" (2004) and "The Regis Philbin Christmas Album" (2005).

Philbin is survived by his wife, Joy Senese Philbin, and their two daughters, as well as a son and daughter from a previous marriage. Joy was a frequent guest co-host on "Live."