Olivia de Havilland, "Gone With the Wind" star, dies at 104

One of the last remaining actresses of Hollywood's Golden Age, de Havilland won two Oscars over her career 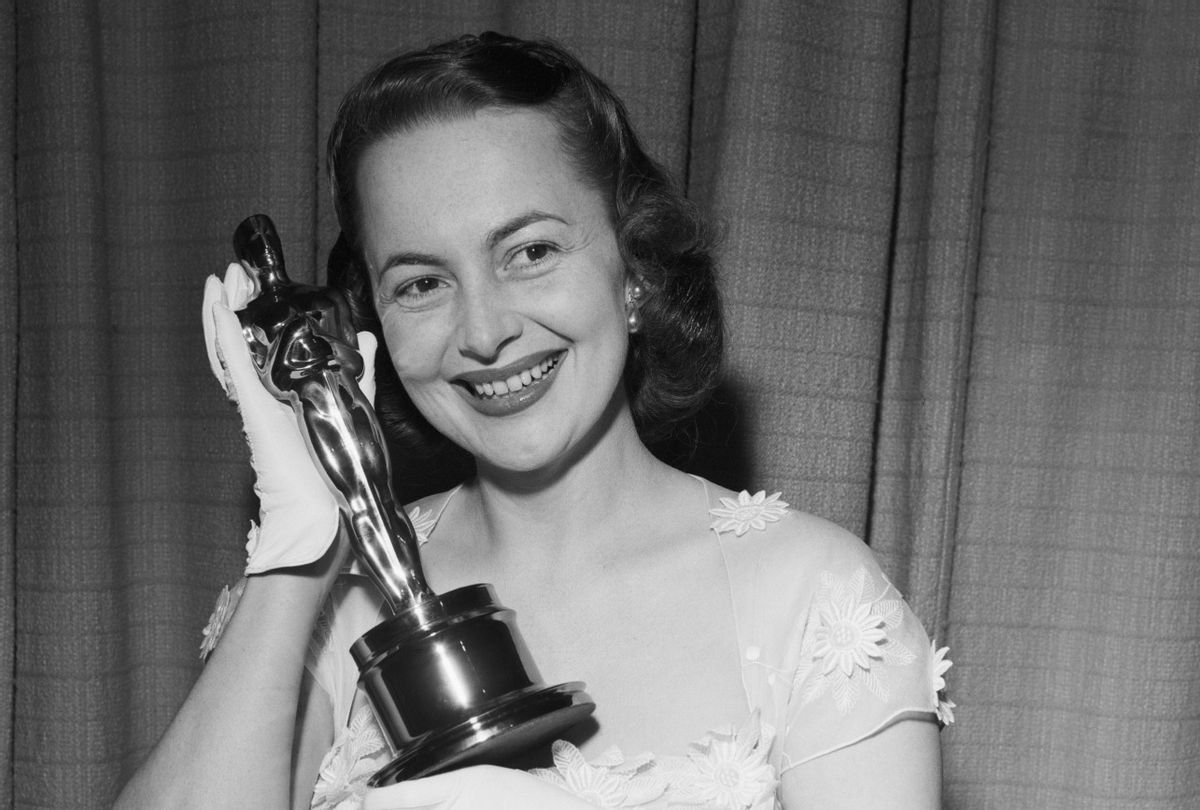 Olivia de Havilland, one of the last remaining actresses of Hollywood's Golden Age, two-time Academy Award winner and star of "Gone With the Wind," has died. She was 104.

Her former lawyer Suzelle M. Smith confirmed the news to Variety, saying "Last night, the world lost an international treasure, and I lost a dear friend and beloved client. She died peacefully in Paris."

The striking brunette won best actress Oscars for "The Heiress" and "To Each His Own" in the late 1940s, and was Oscar-nominated for "Gone With the Wind," "The Snake Pit" and "Hold Back the Dawn."

She was known for her sincerity, fragile beauty and beautiful diction, and for bringing dimension to sympathetic characters. When she made a rare foray into villainous roles, she was expert. But the public preferred her as a heroine, which suited her well, since she said it was harder to play "a good girl" rather than a bad one.

Described as "the last surviving star" of "Gone With the Wind" for more than 50 years, after Vivien Leigh, Leslie Howard and Clark Gable died much earlier, she rarely capitalized on that fact, staying mostly out of the limelight and preferring to live a quiet life in France.

The long-lived actress, who had a famously tempestuous relationship with her sister Joan Fontaine, mounted a lawsuit against the producers of the 2017 series "Feud" over her portrayal by Catherine Zeta-Jones. She argued that producers did not have her approval over her depiction and that the show damaged her "professional reputation for integrity, honesty, generosity, self-sacrifice and dignity." The case was rejected by California's high court in July 2018, but she vowed to take it to the Supreme Court.

Born to British parents in Tokyo, she was the older sister of Fontaine, who died in 2013 at 96.

Her parents separated and divorced when both girls were toddlers. They moved with their mother to Northern California, where she taught diction and voice control. The teaching proved beneficial to her eldest daughter.

As director Mervyn LeRoy was later quoted as saying, "If ever there was a born actress it is Olivia de Havilland. Her diction is superb. She can deliver a line with any inflection a director wants, as accurately as if it were played on a piano."

She planned to be a teacher but was seen by a talent scout in a school production of "A Midsummer Night's Dream" and hired as a second understudy in director Max Reinhardt's Hollywood Bowl staging of Shakespeare's comedy. When the original Hermia (in the school version she had played Puck, a role that went to Mickey Rooney) departed, the 19-year-old understudy inherited the part and toured with it, later reprising the role in Reinhardt's 1935 film version.

Though the film was not a success, de Havilland was signed to a seven-year contract by Warners. The actress accommodated the studio's demands — to a point. She tolerated her time in the spotlight, but later remarked, "Overnight success can be a dangerous thing. I didn't understand what was happening to me."

Warners screen-tested her with a promising young actor, Errol Flynn, and co-starred them in the 1935 "Captain Blood," the first of a series of swashbucklers for the two. The most popular of these was the first Technicolor version of "The Adventures of Robin Hood" in 1938, but there were also "The Charge of the Light Brigade" (1936), "The Private Lives of Elizabeth and Essex" (1939) and "They Died With Their Boots On" (1941).

The chemistry between the two spawned years of rumors on the pair's relationship, culminating in Flynn's declaration of his love for de Havilland in his autobiography. De Havilland admitted to her attraction to Flynn in an interview to the Independent in 2009 but said she never allowed the pursuit to go further than the screen because of Flynn's marriage with actress Lili Damita.

"What I felt for Errol Flynn was not a trivial matter at all. I felt terribly attracted to him. And do you know, I still feel it," de Havilland said.

Her other roles in those years largely required her to be only sweet and pretty. But under that demure facade was an iron will, which showed up offscreen. She clashed with Warners and was suspended several times. She won a battle to play Melanie in the 1939 "Gone With the Wind" and made the most of the role, revealing layers of strength and determination under the character's sweet exterior, which made her the perfect foil to Leigh's stormy Scarlett.

"The characters I played before then were not real people. They were two-dimensional. They were not given any character development. Melanie was a real person, a caring person, a good woman but also an intelligent woman and a tough woman. Most of all she was a happy woman, a woman with a great capacity for happiness," de Havilland told the Independent.

After winning an Oscar nomination in the supporting category for the role (she lost to co-star Hattie McDaniel), de Havilland began to demand, and occasionally receive, better assignments from Warners, where the most challenging parts usually went to the more demanding Bette Davis, a friend of de Havilland's. She walked away with the 1941 "Strawberry Blonde," a period comedy with Rita Hayworth and James Cagney, and received her first best-actress Oscar nomination for the 1941 "Hold Back the Dawn," as a trusting teacher.

De Havilland lost that year to sister Fontaine, who won for "Suspicion." De Havilland stood out in two later roles at Warners: "In This Our Life," for director John Huston, opposite Davis; and the comedy "Princess O'Rourke," with Robert Cummings. When her contract ended in 1943, Warners tried to keep her on, claiming that she had six months left due to various suspensions. She fought the case in court and spent $13,000 of her own money. The suit was based on an old California law that put a seven-year limit on the period for which an employer can enforce a contract against an employee. The "anti-peonage law" forbade employers to reduce workers to serfdom.

Her victory, known as "the de Havilland decision," freed many actors from imprisoning contracts and allowed for negotiation with the studios for much more favorable terms. It also proved to be another nail in the coffin for the old studio system.

The suit kept her absent from the screen for two years. She began freelancing in 1945, and a year later won her first Oscar in "To Each His Own," a sentimental melodrama about unwed motherhood. That year she also played a dual role in "The Dark Mirror" and married novelist Marcus Goodrich. The union led to an open estrangement from Fontaine. The latter reputedly made a callous remark about de Havilland's much-married husband. When Fontaine went backstage to congratulate her sister on winning the Oscar, a photographer caught de Havilland turning her back on Fontaine. The two were estranged for years.

Her 1948 role as a mental patient in groundbreaking film "The Snake Pit" is considered by many to be her finest (she was again nominated but lost to Jane Wyman for "Johnny Belinda") and was followed by a second Oscar for 1949's "The Heiress," a film adaptation of Henry James' novella "Washington Square," which previously had a life as a stage play. She brought subtlety and conviction to the part, and expertly conveyed the gradual awakening of repressed passion — and the unleashing of other, sharper emotions.

Soon after, she toured in "Romeo and Juliet" and in George Bernard Shaw's "Candida," then starred in the 1952 "My Cousin Rachel," opposite newcomer Richard Burton, and appeared in other pics such as Stanley Kramer's "Not as a Stranger."

In 1955, she divorced Goodrich and married Paris Match editor Pierre Galante and settled in Paris, returning for the occasional film such as the 1962 "The Light in the Piazza" and a pair from 1964, "Hush… Hush Sweet Charlotte" (stepping in for an ailing Joan Crawford) and "Lady in a Cage." She was excellent in both films, which were part of a post-"Baby Jane" craze in which middle-aged actresses were subjected to Grand Guignol treatment. Though the pics were considered sensational at the time, they have acquired big cult followings.

In later years, she wrote a couple of nonfiction books, starred on Broadway with Henry Fonda in "A Gift of Time" and acted in the occasional film and or telepic, including "Airport '77," "The Swarm" and an Agatha Christie TV mystery, "Murder Is Easy." Her classical diction served well in several later royal roles, including Queen Elizabeth in TV pic "The Royal Romance of Charles and Diana" (1982), Dowager Empress Maria in "Anastasia: The Mystery of Anna" (1986) and her final acting appearance, the 1988 telepic "The Woman He Loved."

She was a presenter at the 2003 Academy Awards, in the documentaries "Melanie Remembers: Reflections by Olivia de Havilland" (2004) and "The Adventures of Errol Flynn" (2005) and the 2011 Cesar Awards in Paris.

When looking back over her long career, de Havilland told the Independent she felt she had lived a full life.

"I feel not happy, not contented, but something else. Just grateful for having lived and having done so many things that I wanted to do and have also had so much meaning for other people," de Havilland said.

She divorced Galante in 1979 but they remained friends till his death from lung cancer in 1998, and lost her son Benjamin, from her marriage with novelist Goodrich, to lymphoma in 1991.

She is survived by her daughter Gisele Galante Chulak, an attorney.