The beginning of the end for Big Tech? Congress grills Facebook & Amazon over abuse of market power

In a contentious hearing on Wednesday, the antitrust panel put tech company CEOs in the hot seat 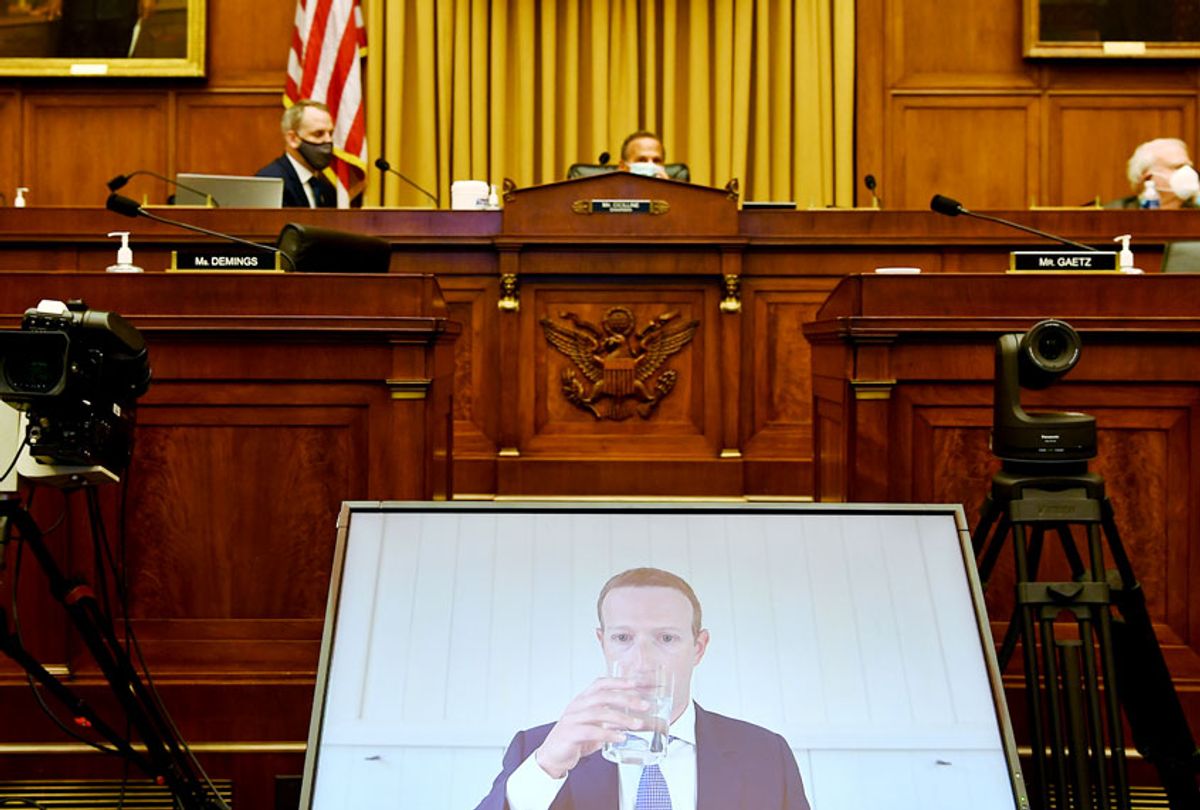 On Wednesday, Democrats and Republicans of the House Judiciary Subcommittee on Antitrust, Commercial and Administrative Law gathered together to grill the CEOs for Facebook, Apple, Google and Amazon. The nearly six-hour hearing marked the beginning of a new era that will ultimately determine how much power the federal government will deem is appropriate for Big Tech to have going forward. Indeed, power and how much is too much, was the name of the game during the testimony with a spotlight on antitrust and monopolistic behaviors.

The hearing marked the first time the companies' chief executives – Mark Zuckerberg, Tim Cook, Sundar Pinchai, and Jeff Bezos – testified live since the committee launched its investigation of the internet companies. Since then, lawmakers have collected hundreds of hours of interviews and obtained more than 1.3 million documents that included accusations of how the companies used their power to suppress competitors. It was also the first time Bezos, the richest man in the world whose personal wealth recently grew $13 billion in one day during the COVID-19 pandemic, had to defend to Congress that his $1.49 trillion company isn't a monopoly.

Cisco's Webex video conference platform allowed the hearing to be conducted with the four execs testifying virtually in front of Congress members who were mostly, sometimes, wearing masks (more on that later).

Antitrust panel chairman David Cicilline's (D-RI) kicked things off at 1 p.m. ET with an emphasis on bipartisanship, which quickly unraveled when he stated the companies of the executives testifying "have too much power" in his opening remarks. Rep. F. James Sensenbrenner Jr. (R-WI), who has served in Congress for 40 years, acknowledged some issues, but countered, "Being big is not necessarily that bad." Matters devolved even further when Rep. Jim Jordan (R-OH) started the first of many temper tantrums. "Big Tech is out to get conservatives," he declared, wandering off topic to voice a popular complaint that Silicon Valley is silencing Republicans.

Despite the ongoing political theater, and random shouts at members about mask etiquette ("put your mask on!"), the testimony soon began to question the execs in earnest. After about an hour into the event, Rep. Jerry Nadler (D-NY) went back and forth with Zuckerberg over internal company emails, which have now been uploaded by the subcommittee. In one rather revealing email, Zuckerberg explains that acquiring companies like Instagram and Foursquare will give Facebook "a year or more to integrate their dynamics before anyone can get close to their scale again." It's this kind of evidence lawmakers will use in determining if Facebook is a monopoly or not. Zuckerberg was later questioned about threatening rivals, which he denied.

Bezos, whose opening remarks focused on his personal story, managed to stay out of questioning for the first hour, but eventually he had his time in the hot seat. Rep. Pramila Jayapal (D-WA) asked him about how Amazon employees allegedly used seller data to help determine what products they should offer, according to a report by The Wall Street Journal. This behavior, Jayapal said, is part of what makes Amazon a monopoly that puts its marketplace sellers in a bad position.

"We have a policy against using seller-specific data to aid our private label business," Bezos countered. "I can't guarantee you that that policy has never been violated."

Over the course of the next five hours, concerns around civil rights, discrimination, if Facebook is the arbiter of truth or not, how Amazon harms small business, China, and more fringe conspiracy theories, had their time in the spotlight.

After Wednesday's bit of interrogation, Big Tech has done its part, and now their fate – whatever that may be – rests with the antitrust subcommittee, which will examine the evidence, publish a report with the findings, and propose solutions that determine whether or not Big Tech will be forced to break up.

But the companies' fates don't appear decided yet. As the CEOs were compared to tycoons like Andrew Carnegie and John D. Rockefeller, Rep. Sensenbrenner concluded that current antitrust laws don't need to be changed. "They've been working just fine," he said. "The question here is the question of enforcement of those antitrust laws."

Rep. Cicilline had a different stance. "This hearing has made one fact clear to me: these companies have monopoly power,"  he said. "Some need to be broken up; all need to be regulated."