The gender pay gap that no one is paying attention to 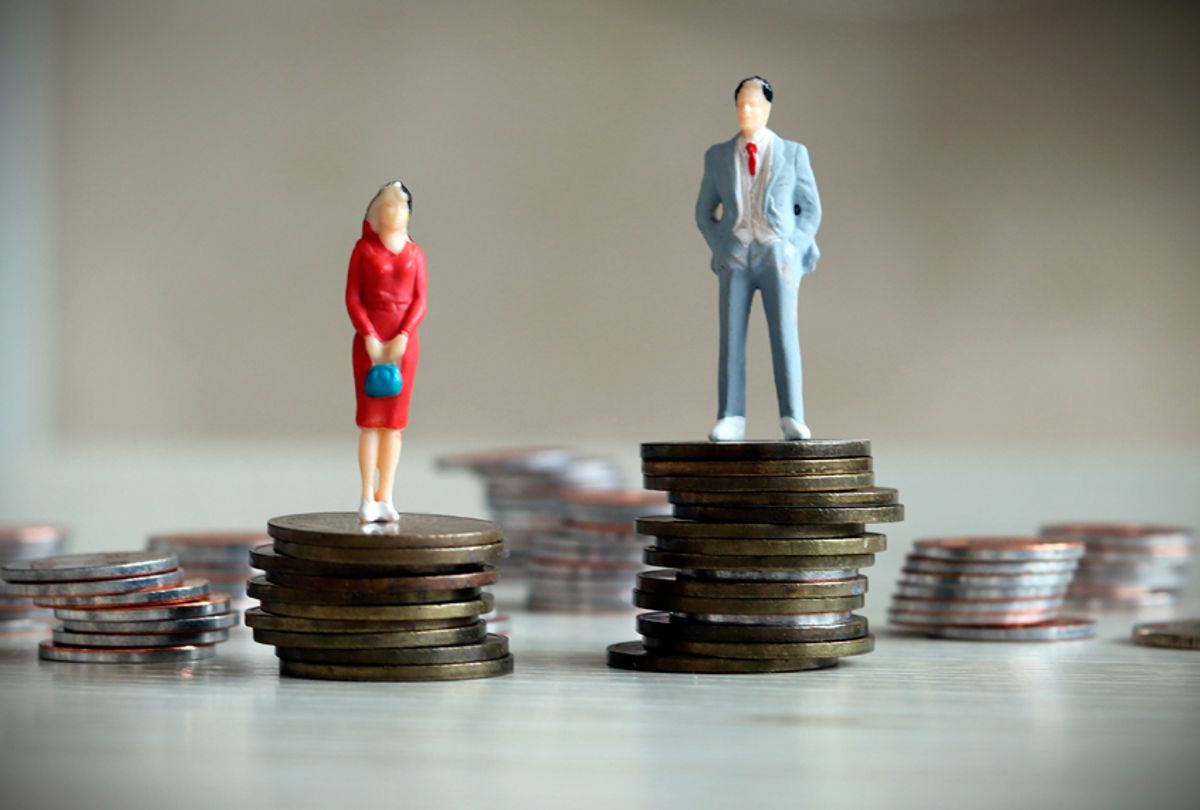 That women are paid less than male colleagues is a stubborn fact in the U.S. workplace.

As of July, women earned 84 cents for every dollar a man earned. It is a discrepancy that has garnered significant attention from scholars, the media and sex discrimination lawsuits.

But this figure only tells part of the story regarding gender pay inequality.

As a professor of business management, I have long studied compensation and inequality and know that base pay is only one way that women are disadvantaged in the workplace. Recent research by myself and colleagues shines a light on how female employees — particularly in the tech industries — likewise lose out when it comes to other forms of pay that receive far less attention: equity-based awards.

These are stock grants, in which employees are offered shares in the firm as a form of pay, and stock option grants that offer the right to buy company stock at a preset price in the future. The value of both are tied to the employing organization's market price.

Less of an option?

Equity-based awards are commonly used in technology firms and startups and can make up a substantial part of employees' compensation. In fact, according to the 2014 General Social Survey, which was administered to a national random sample of working adults, 20% of all workers in the private sector own stock and stock options in their companies.

My colleagues and I wanted to see if gender played a role when it comes to equity-based pay.

Aaron D. Hill of the University of Florida, Ryan Hammond at the data storage company Pure Storage, Ryan Stice-Lusvardi at Stanford University and I analyzed equity-award data from two technology organizations. We found a gender gap for equity-based awards ranging from 15% to 30% – even after controlling for the typical reasons that women tend to earn less than men, such as differences in occupation and length of service at a company.

We wanted to know what could be behind the discrepancy, so we ran an experiment in which we asked working professionals to play the role of a manager in a fictitious company. Participants were asked to read a set of employee performance reviews and distribute stock options to their team based on one of two criteria often used for equity-based awards: retaining talent and recognizing high potential employees.

The fictional employees were randomly assigned one of two gender-typical names, Steven and Susan, so that each profile was given the man's name half the time and a woman's the other half. This helped ensure that any differences between the profiles did not affect the results.

What emerged was a gender gap favoring men when it came to distributing stock options based on retention — but not based on potential.

In other words, the data showed when it came to equity being used as an incentive to keep employees at the company, there was a significant gender gap.

Our results were backed up by what we saw in the data provided by the technology firms, as well as publicly available data of executives.

These findings come at a time when many companies are seriously looking at gender pay discrepancies.

But even with efforts underway to address the gender gap in base pay and bonuses, we believe that many businesses do not appear to be focusing equal attention to equity-based awards. We heard this firsthand in interviews conducted with 27 human resources professionals at both public and private companies. Although nearly all interviewees acknowledged their employers were doing pay audits for base pay, and sometimes bonuses, only three said their companies conducted audits on equity-based awards.

We also found evidence of this within the two technology companies we studied. There was small to no gender gaps in salary and bonuses after controlling for typical reasons that women receive less pay; however, large gender gaps existed in equity-based awards.

Part of the reason this gender gap in equity awards exists is down to why they are handed out to employees in the first place. Stocks and options are most often distributed to employees to keep them from leaving. In fact, a survey of 217 companies found that almost 90% said retention was the primary objective of their stock option program.

Our interviews with HR professionals backed this up. Interviewees described equity-based awards as retention incentives for "high performers" and as "a forward-looking reward program."

And studies have shown that men tend to be perceived as more capable in work settings than women and as such are likely viewed as more important to retain in a company and often seen as a higher risk of leaving for a rival. As a result, men are likely to receive more equity-based awards than women.

While some companies are working hard to address gender inequality, our findings suggest that efforts should be applied more broadly to all forms of pay.