When a winner becomes a loser: Churchill was kicked out of office in the British election of 1945 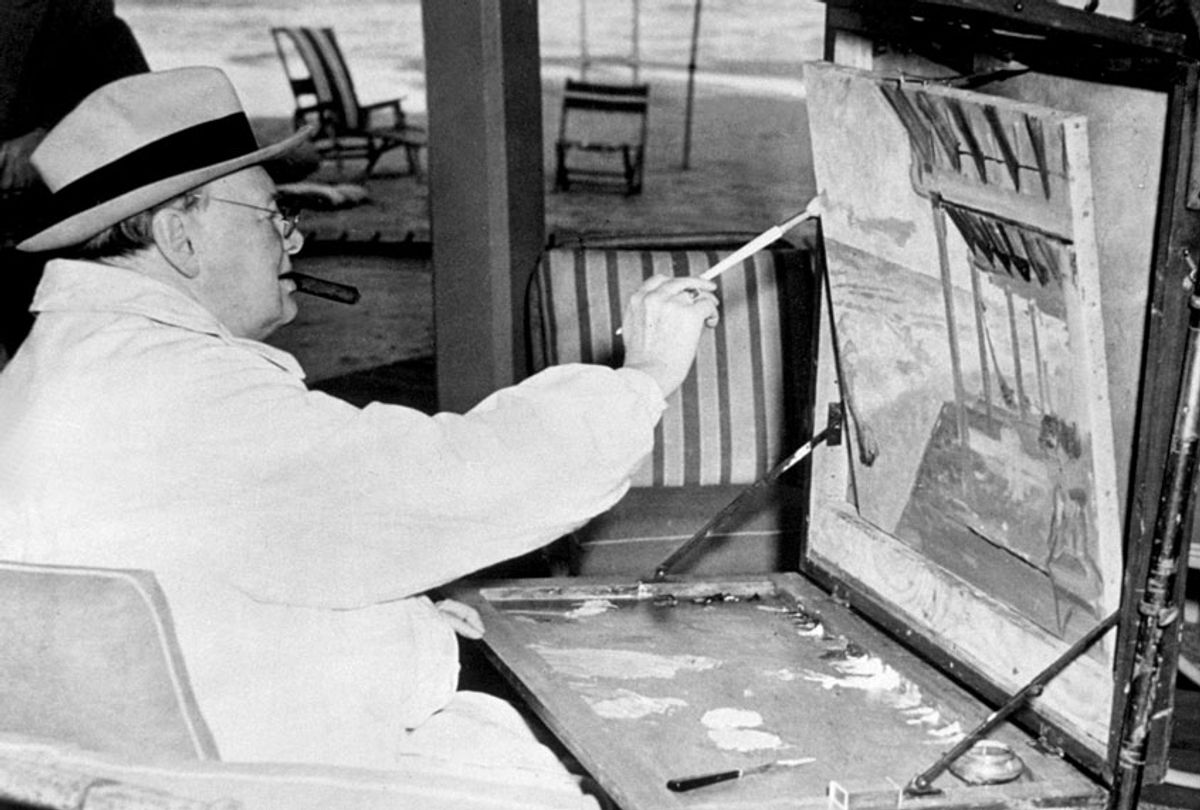 The end of World War II in Europe and the defeat of Hitler and Nazi Germany in early May 1945 turned British Prime Minister Winston Churchill into the world's most eminent statesman. He was feted and celebrated everywhere he went and had an approval rating of 83%.

Yet he suffered a humiliating election defeat in 1945.

Churchill's electoral fate shows, I believe, that democratic elections are not won due to past achievements, personal glory and celebrity status, but because of a persuasive and realizable program for the next four or five years. Winning parties or candidates need a vision that addresses the genuine concerns and deep anxieties of the voters.

In 1945, it seemed a foregone conclusion that Churchill and his Conservative Party would win the next general election. No election had taken place during the war. The members of the British Parliament, the House of Commons, had been elected as far back as 1935.

While Churchill wanted to delay a general election until the end of the war in Asia, the Labour Party decided to leave Britain's national unity government soon after victory in Europe was achieved, which sparked an election that took place on July 5, 1945.

A newsreel about the Labour Party landslide.

Ballots weren't counted until July 26, to allow votes from soldiers and residents of Britain's far-flung overseas empire to arrive by mail.

Labour won a landslide victory. As soon as the election result was announced, Churchill went to Buckingham Palace to submit his resignation to King George VI. Labour leader Clement Attlee arrived at the palace within minutes of Churchill's departure and was appointed new prime minister.

But at first he was greeted by an uncomfortable silence. Attlee finally told the king, "I've won the election." The king, greatly displeased by the socialist Labour Party's victory, said, "I know. I heard it on the six o'clock news."

The magnitude of the loss was historic.

This was a crushing blow for the Tories. Due to Churchill's immense personal popularity, he was easily reelected in his Woodford constituency in Essex, but his party was decimated. Labour had a massive majority of 146 seats in the new Parliament.

The Labour government of 1945 would radically change British society by embarking on decolonization, which quickly led to the dissolution of the British Empire, and the creation of a new, progressive social and economic consensus that would last until Margaret Thatcher's election victory in 1979.

He was just short of his 71st birthday, exhausted, in ill health and demoralized. He fell into a deep depression (his "black dog," as he called it) and spent much time in the south of France to pursue his hobbies of painting and bricklaying.

When the king later offered him the country's highest honor, The Order of the Garter, Churchill declined, saying that he couldn't possibly accept such an honor, as the British voters had given him the "order of the boot."

Churchill now was the official leader of the opposition, but it took him more than a year to overcome his apathy and reengage with politics. It was only U.S. President Harry S. Truman's invitation to give a speech at Westminster College in Fulton, Missouri, in March 1946 — this was the "Iron Curtain speech" — that revived his political instincts and made him become politically active again.

How to lose an election

Until the last few days before the vote was held, Churchill and much of the country had been firmly convinced that he and his party would be returned to power with a large majority.

On occasion, however, Churchill realized that he had little to contribute to the raging debate about the future of British society.

"I have no message for them," he said.

As a scholar who has written a book on Churchill's politics, "Churchill's Cold War: The Politics of Personal Diplomacy," I see several reasons for the loss he and his party experienced.

The six-week election campaign in June and July 1945 sought to sway voters exhausted by six devastating years of war. They wanted a view of a bright future.

Soldiers in the field, too, were fed up with fighting and looked forward to a new age of prosperity and peace. Labour proposed a progressive social reform program that would transform the future of British society. The Conservative program was much more vague and focused on Churchill's leadership.

Churchill and his party also conducted a poor election campaign. Symbolic of this was Churchill's first campaign broadcast on June 4, 1945, in which he accused Attlee of harboring socialist dictatorial ambitions and even compared him to the Nazis. Outrageously, Churchill declared that Labour "would have to fall back on some sort of a Gestapo" to push through its reforms.

Attlee pointed out that the speech showed Churchill to be ill-suited to being a leader in peaceful times.

Labour had more attractive and persuasive ideas, such as government-supported full employment, the introduction of a free national health service and the nationalization of many key industries such as steel, coal and railways.

And Labour seemed to know how to implement these policies: Churchill had put senior Labour leaders in charge of running the country's economic ministries during the war.

Housing, full employment, social welfare and the health system stood at the top of the list of most voters' needs. Foreign affairs and national security policy, which Churchill emphasized, ranked much lower.

Another problem for the Conservatives was their poor image, which Churchill was not immune from. Despite the tremendous esteem he was held in, the elderly Churchill, with his elite background and paternalistic Victorian habits, was seen by many as out of touch with the modern world.

He also had outdated views about race and empire that for many — even back in 1945 — sounded not quite right for the new postwar era. Canadian Prime Minister MacKenzie King, who knew him well, concluded that maintaining "the British Empire and Commonwealth is a religion to him."

Running on a bad record

Except for the years 1924 and 1929-31, Britain had been led by Conservative governments for more than two decades. The Tories could hardly avoid being seen as responsible for the high unemployment and miserable social and economic conditions of these years, especially because the conditions continued well into the 1950s.

The Conservatives were also viewed as the party of the appeasers who had, in the runup to the war, downplayed the Nazi threat, with Prime Minister Neville Chamberlain even having weakly given in to Hitler's territorial demands.

Taking all these elements into account, it was little wonder that Churchill and the Tories lost the 1945 election.

But Churchill did not give up. In 1950 Churchill also narrowly lost the next general election. Just over a year later, with the Labour government in deep internal crisis and running out of steam, yet another election was called.

This time Churchill was victorious. In October 1951, he became prime minister again and felt greatly vindicated. He used his remaining four years as peacetime prime minister to reengage with the Soviet Union and attempt to negotiate an early end to the Cold War. Churchill retired in 1955 at the age of 80.