Big Pharma gave thousands to Montana Sen. Steve Daines — while he was writing a law to award them federal funds 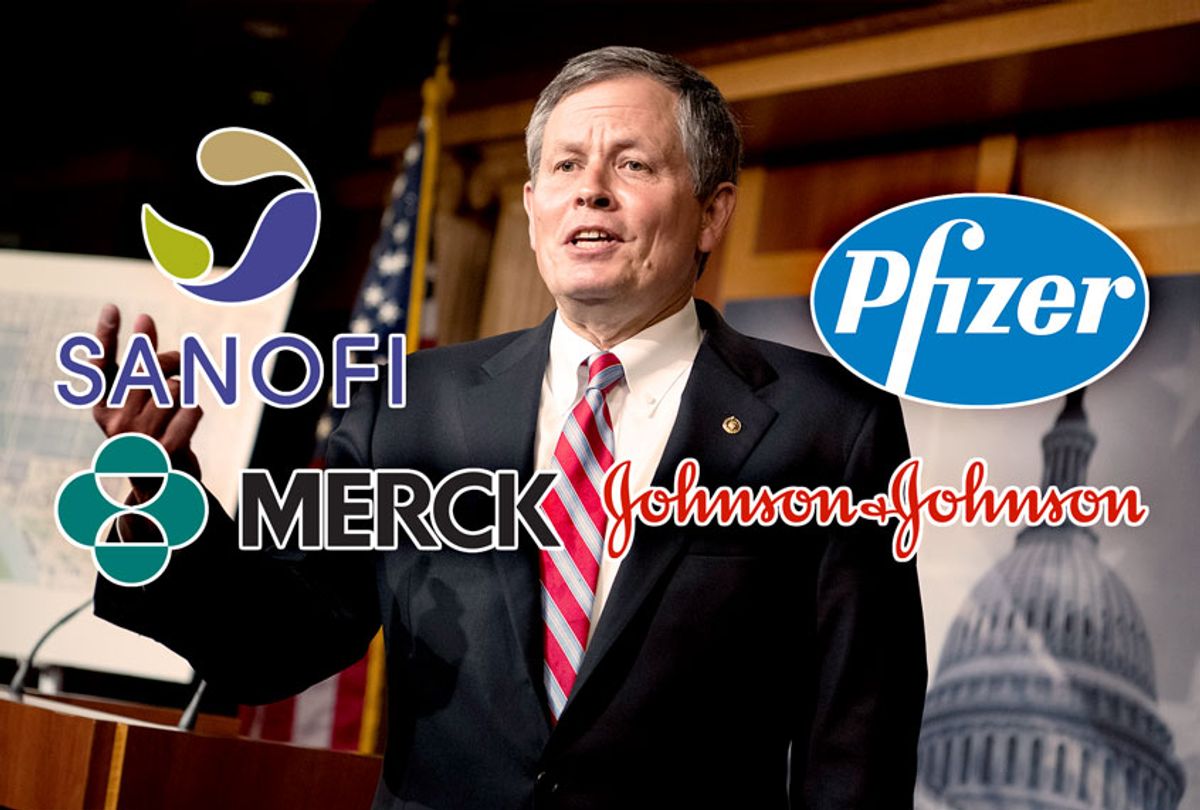 In the days and weeks that Daines worked on the bill, PACs affiliated with the pharmaceutical corporations Pfizer and Sanofi gave his campaign $2,500 and $2,000, respectively. Four days before Trump signed the act, a Merck corporate PAC gave Daines $4,000.

In total, from the end of March to the end of June, Daines took a combined $24,000 from the corporate PACs of pharmaceutical companies involved with Operation Warp Speed.

In addition to Merck, Sanofi and Pfizer — which made two donations — Daines saw contributions from Johnson & Johnson and AstraZeneca, who in late June contributed $2,500 and $3,000, respectively.

While all these companies donated to senators and candidates on both sides of the aisle, these contributions are notable in that AstraZeneca tripled its other donations to Daines, and Johnson & Johnson had never given him money before.

All donors were among the six finalists chosen as finalists for Warp Speed contracts in June.

For reasons that are still unclear, these pharmaceutical PACs all but stopped donations entirely through the month of April, before resuming in late May.

Operation Warp Speed was created as part of a "moonshot" joint public-private effort to develop a coronavirus vaccine by early 2021. The federal government announced Friday that it had reached a $2.1 billion agreement with drugmakers GlaxoSmithKline and Sanofi — a Daines donor — the largest contract awarded through the program yet. The week before, Pfizer, another Daines donor, won a contract worth nearly $2 billion.

Daines promoted the project as recently as last week, boasting about the initiative at a Senate Finance Committee hearing last Wednesday, along with legislation to bring drug manufacturing back to the U.S. from China.

In total, the Montana Republican has accepted nearly $140,000 from pharmaceutical companies over the years, FEC records show. Those companies have little to no presence in Montana.

Daines' 2018 financial disclosure form, the most recent available, shows that he has a Vanguard Health Care Adm Mutual Fund valued as much as $250,000. That fund includes slices of Teva and Amneal, pharmaceutical corporations that have promoted hydroxychloroquine as a treatment for COVID-19, despite health warnings from federal regulators.

In the first quarter of 2020, pharmaceutical companies Sanofi, Pfizer, Merck, Johnson & Johnson and AstraZeneca reported spending more than $6.6 million to lobby Congress on various issues, including the CARES Act and COVID-19.

Congressional oversight bodies and watchdogs have expressed concerns about the lack of transparency surrounding the award of vaccine contracts under Operation Warp Speed.

Daines will face current Montana Gov. Steve Bullock, a Democrat, in November. Trump took the state by 20 points in 2016, but Montana has a record of electing Democrats in statewide races while favoring national Republicans. Recent polls show Bullock and Daines neck-and-neck, and Roll Call currently considers the race one of four "toss-ups" in the U.S. Senate.

The Daines campaign did not reply to Salon's request for comment.