The U.S. left behind: Under Trump, the world goes on without us

Russia, China and Iran move ahead as America reels from the Trump pandemic and the Trump depression 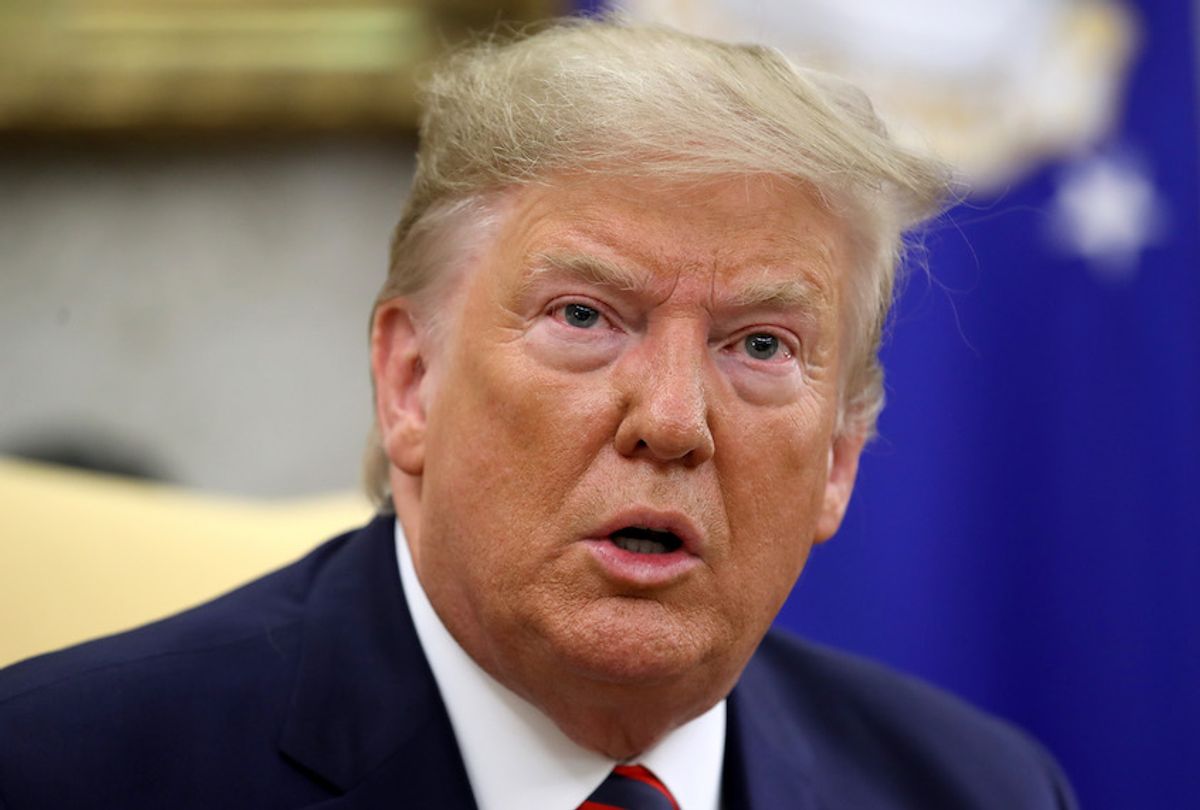 What happens when you have a short-sighted, egotistical, isolated president who has trouble processing information caught in multiple, simultaneous crises?

The nation's rivals get mischievous — and they find ways to circumvent the power of the United States on a global basis.

Now, Iranian Foreign Minister Javad Zarif has acknowledged Iran is working actively with China toward a 25-year strategic partnership that basically replaces U.S. and European investments in his country. He called for shared security and intelligence sharing.

Now there is word Iran is assembling Chinese-built missile sites.

Details of the far-reaching agreement surfaced in an 18-page leaked document online, The Washington Post and The New York Times both reported. It discusses a $400 billion investment in Iran by China, as well as intelligence sharing and security cooperation, including in possible missions in Syria and Iraq.

The outline also discusses Chinese companies expanding in Iranian railroads, ports and telecommunications, while securing for Beijing a steady and discounted Iranian oil supply for the next quarter-century. China would develop free-trade zones in strategic locations in Iran, further binding the country into Beijing's sprawling Belt and Road global trade and development initiative.

What the report says is that all this will happen despite U.S. sanctions against countries doing business with Iran. It dismisses all the stern warnings that Trump and Secretary of State Mike Pompeo launch at Iranian counterparts.

Lost in the blizzard of coronavirus, joblessness, racial discord and an election that turns uglier by the day is the expectation that the United States must play a major role in the world.

At the White House, this means that Donald Trump gets himself a platform either at the White House or on the rally road to regularly denounce China. For what? Over allegations of China being the source of the virus, on lagging on commitments to follow through on promised purchases of U.S. agricultural products, and, increasingly now about espionage through G5 technologies distributed by Chinese companies.

It means making derogatory comments about Mexicans, Central Americans, Iranians and European allies, all while going light on North Korea and Russia. It's a strategy that is based on admiration for oligarchs and "winning" images for himself rather than on understandable strategic statements and a reliable and strong intelligence and defense community to follow through.

No one has a good explanation for Trump failing to raise the roof over reports that Russian military intelligence officers are bribing the Taliban to target American soldiers.

If anything, the chaos of domestic issues has masked the steady exfiltration of national security people with admirable records for a parade of substitute Trump loyalists who commit only to pursuing a Trump re-election strategy over all else.

Meanwhile, the Russians are fueling a proxy war in Libya and funding insurgents to the government while the United States remains sidelined, another instance of aggressiveness in the face of a moribund U.S. foreign policy.

After the nuclear deal rejection

The Post noted that the apparent deal is "a reminder of how unlikely it was that Trump could cajole Tehran to sit down for new negotiations after scrapping U.S. commitments to the nuclear deal, a diplomatic agreement that was years in the making and involved the efforts of major powers, including China. Now, with their economy in tatters, the Iranians are seeking a lifeline from Beijing. And Chinese officials, given their own tussle with Washington, seem willing to take the risk."

The Times offered that "at a time when the United States is reeling from recession and the coronavirus, and increasingly isolated internationally, Beijing senses American weakness. . . China feels it is in a position to defy the United States, powerful enough to withstand American penalties, as it has in the trade war waged by President Trump."

All parties agree that Iran is in an economic crisis, the result of U.S. sanctions and coronavirus, for which it was ill-prepared, making it much more likely that Iran might turn to an anti-U.S. partner like Russia or China.

There are internal Iranian political issues over aligning with any outsider, but apparently this deal with China is preferred to subservience to what are perceived as American authoritarianism.

Is this Keeping America Great or do we need a new hat?